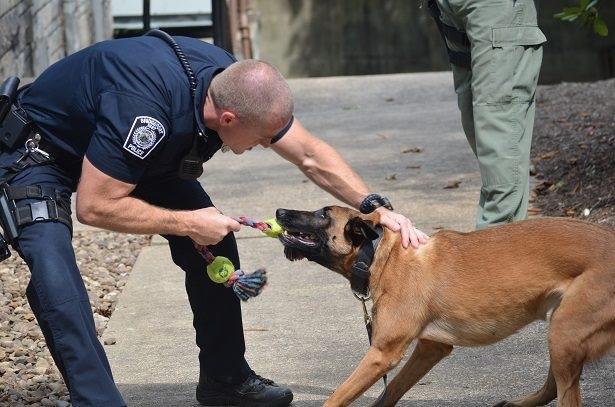 When Patrolman Shaun Fleming and a Belgian Malinois named Gretchen were Bridgeport Police Department’s K9 unit, their typical day consisted of patrolling roadways - and when the situation merited - searching out drugs and related paraphernalia.
These days, they are still a team, but their mission is very different.
“I do daddy daycare,” said Fleming, who cares for five-month old Torin Oliver and after school, also nearly 9-year-old Hailee James.
A typical day consists of keeping the house, doing laundry, putting the baby down for a nap and, of course, playing. 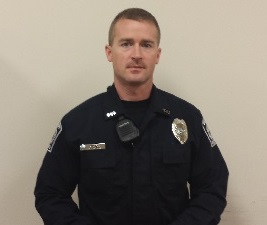 “If it’s not cold and wet, I’ll put the baby in a pack and carry him and walk Gretchen and Kody,” said Fleming of the family’s Pomeranian/Poodle mix.
The change in lifestyle came about after Fleming left Bridgeport Police force two years ago. 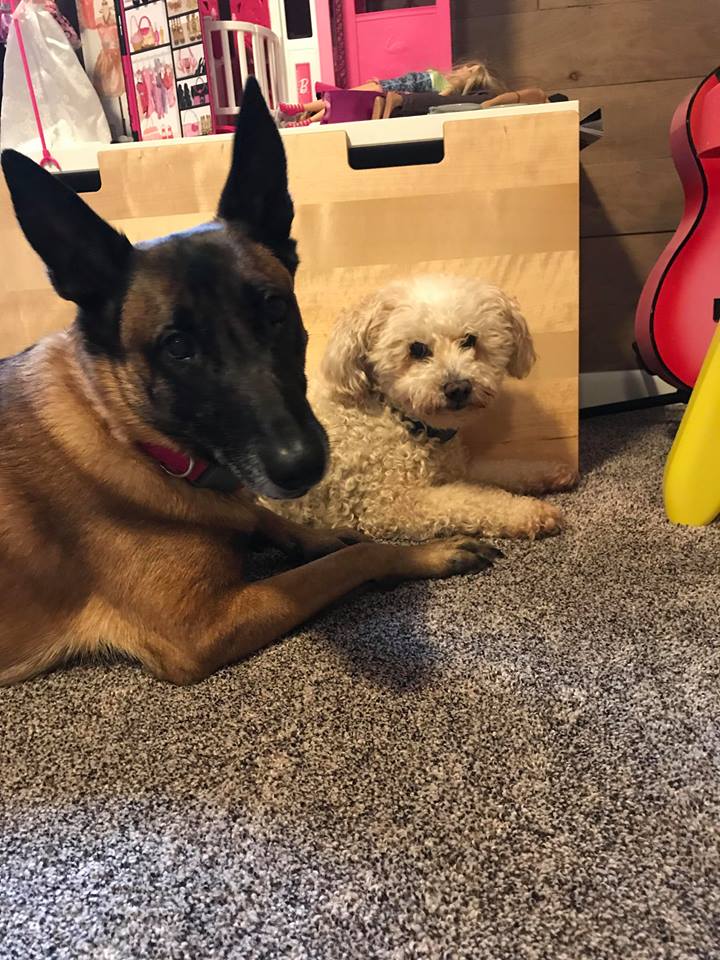 “My wife, Jenny (Frenzel), has a good job and it just works,” he said. “A couple years ago, I had put in a resume at the FBI to work there and they had called for an interview. We were deciding if I should go back to work full-time and my wife said, ‘You know, whatever you make, we’re going to be paying half of it in daycare.’ I would be working pretty much to pay someone to watch my kids.”
Hailee was about 6 years old at the time and the couple planned to have more children. These days, Hailee is involved in plenty of activities – gymnastics, church choir and acting – to name a few. Fleming has the flexibility to take her to those activities.
And he likes it.
Grethen has also stayed as active as possible.
“We used to take her out and throw ball with her to get her exercise. Belgian Malinois are high-energy dogs,” Fleming said. 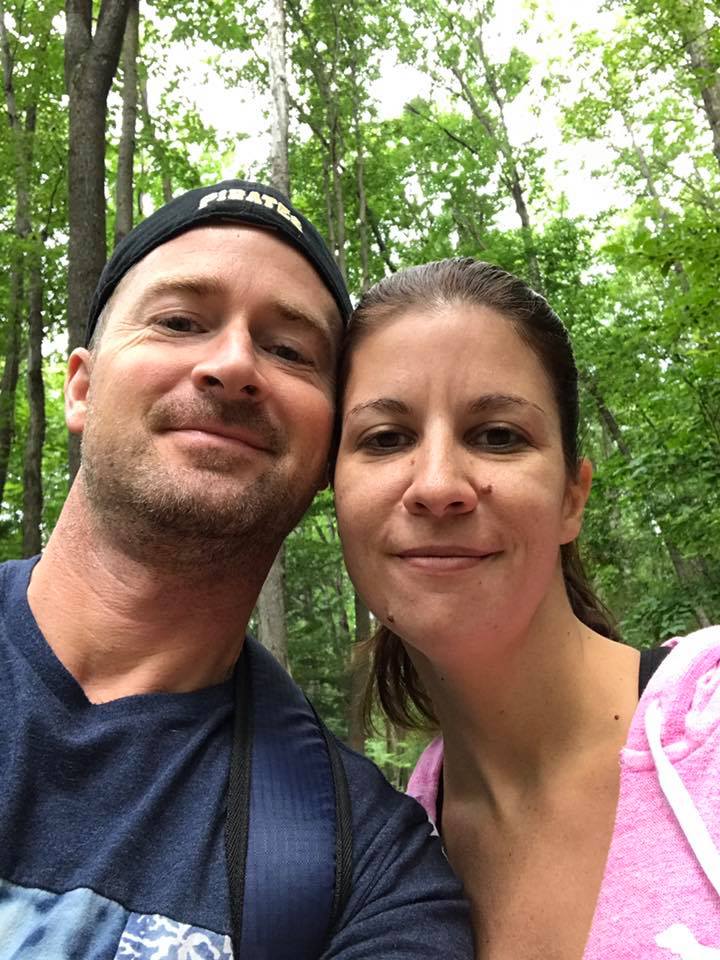 “But she’s starting to get some arthritis in her hips and can’t run for very long or she gets stiff.” 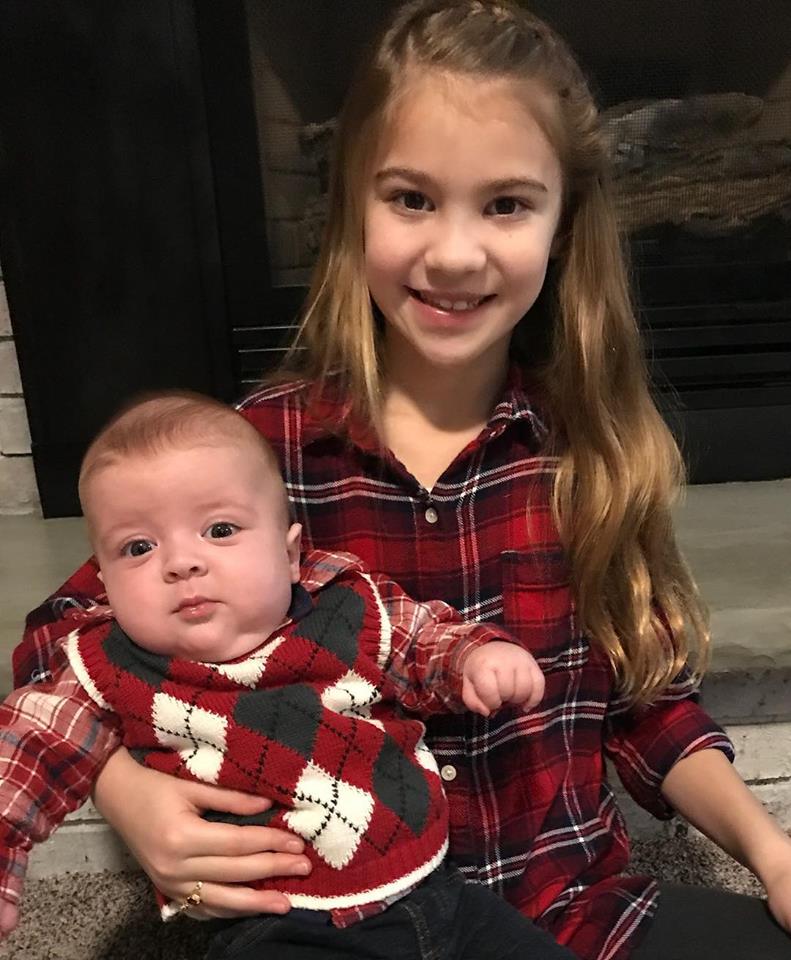 She occasionally gets a little stir crazy and chews up a few things in the house, but being in the family’s inner circle and being loved every day is the equation for a happy dog.
“She likes laying around the house and doing nothing,” Fleming said.
Fleming started with Bridgeport PD circa. 2012 after a three-year stint with Fairmont Police and eight years with the Harrison County Sheriff’s office. About a year in with the Bridgeport department, he applied for K9 work.
“Scott Carpenter retired his dog and he didn’t want to do it anymore,” Fleming said. “We put in letters and I got picked.”
Carpenter had worked with Czar, a German Shepherd, and Dax, a Shepherd/Malamute. The next Bridgeport drug dog was originally 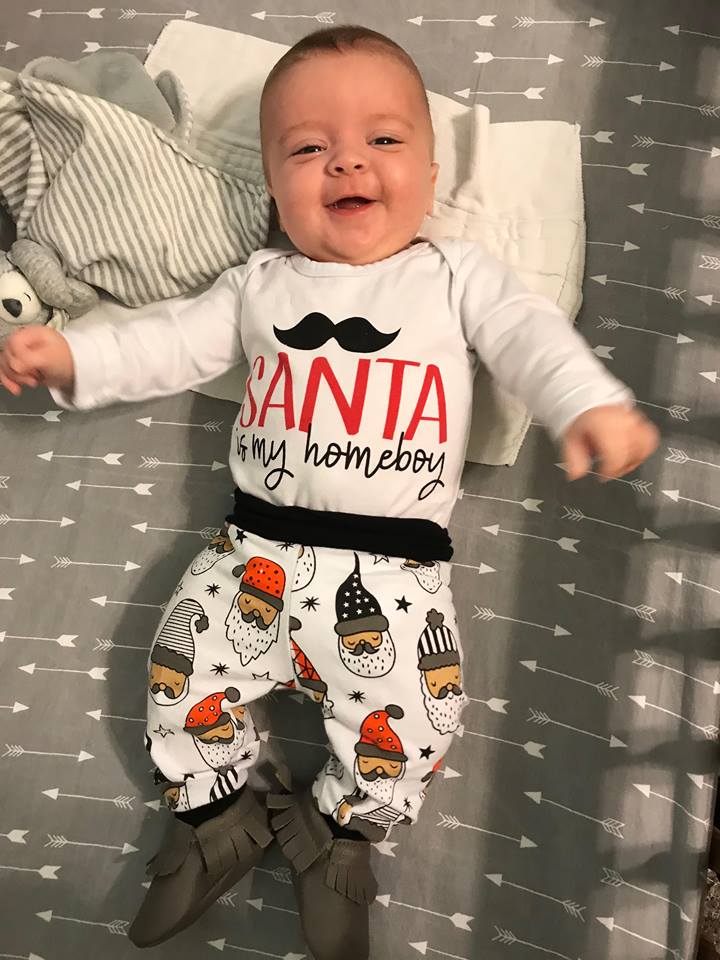 going to be a Labrador Retriever.
“Administration found a trainer and the trainer first wanted a Lab, but that washed out and wouldn’t work,” Fleming said. “We ended up with Gretchen.”
Gretchen had an interesting backstory.
“She was trained by a lady in St. Albans who sold her to a department in Georgia and she worked with an officer there for probably five months before that officer left that municipal department for the sheriff’s department. They wouldn’t let him take the dog and they couldn’t find another handler, so Gretchen lived with, I believe, a firefighter for five or six months doing nothing before that chief in the municipal department brought her back to the trainer. That’s where I got her.” 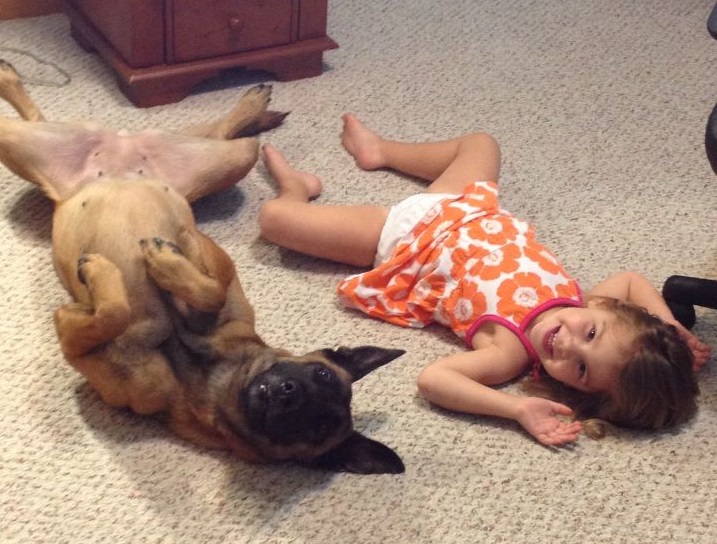 During the first two years of her life, Gretchen didn’t know where her home was. She and Fleming hit it off right away.
“She had already been trained on odors,” he said. “I spent two weeks with a trainer, teaching me how to work with her.”
At that time, the department’s drug interdiction team was in its infancy. Fleming and Gretchen went out on the road.
“I would pull over a car and just by having a brief conversation with them, in about 30 seconds you would know if something was different than just a normal soccer mom coming back from Walmart,” Fleming said. “I would always ask for consent to search a car and if I didn’t have to use Gretchen, I never did. A drug dog is not a crutch, but rather a tool. But if they refused to consent and I had enough reasonable suspicion, I would run the dog on the car.” 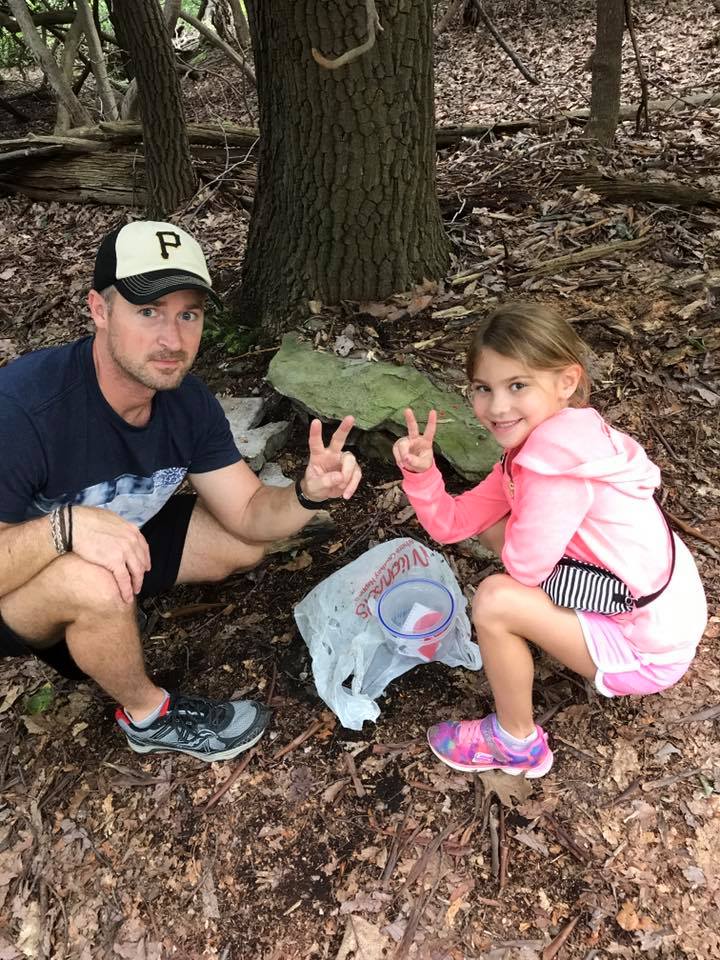 Gretchen did recover her share of drugs in vehicles – and other places.
“We used her several times at the post office where she found multiple-pound packages of marijuana,” Fleming said. “She did go into schools, but most searches came up with nothing.”
When not working, the team continued training.
“I’d probably spend an hour a day training her, putting out drug hides in various locations and having her find them,” Fleming said.
When Fleming left his shift for the day, Gretchen did too. She went home with him to his family. They worked and lived together about three years before Fleming decided to leave the force.
“They called around to all these K9 trainers to see if she could still be used and they said if she was able to bond with another handler, she could probably still work, but I didn’t think she would because she had been with me for so long,” Fleming said. “I didn’t want her to have to get a new home because of what she had gone through her first two years. And she had already become part of our family.”
A financial situation was worked out and Gretchen retired from the K9 unit right along with her handler.
Fleming, who temporarily worked for FedEx and who dabbles in wood- and concrete-crafted items - making the family’s new kitchen countertops, a fireplace hearth and various furniture pieces – still sometimes puts his law enforcement hat on.
“I’m a part-time contractor with the U.S. Marshals Service, district security officer,” he said. “I go with them on transports and court hearings.”
And though officially retired, Gretchen’s still got it. 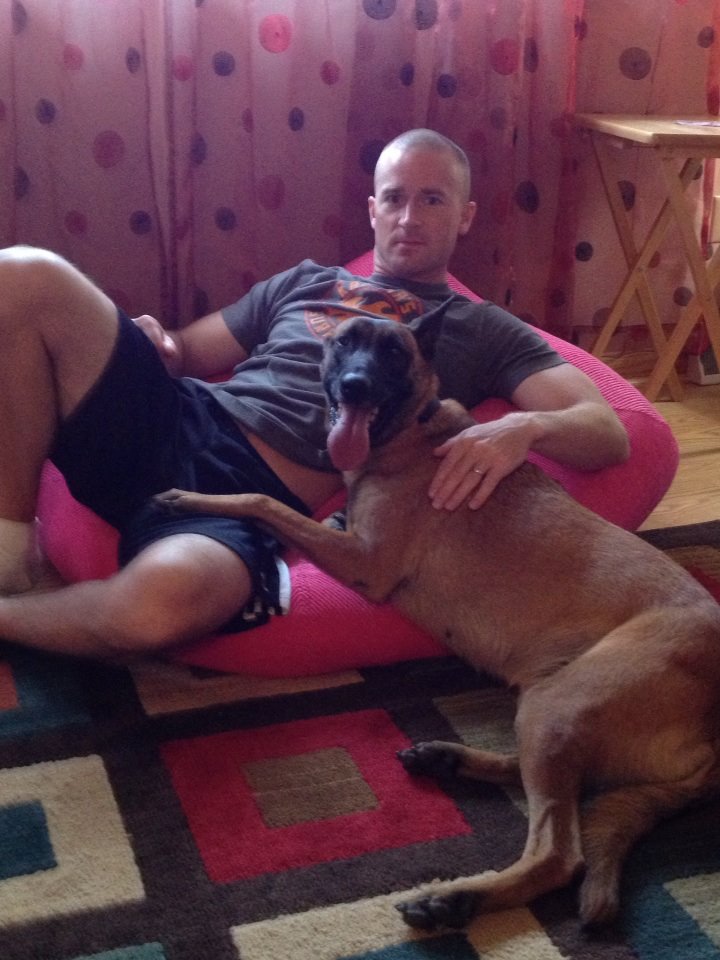 “A funny thing happened one time when a delivery guy came to the house,” Fleming said. “I had smelled weed on him when he came in and, of course, Gretchen was in the house and she started sniffing him and alerted on him. I actually saw her behavior change. She sat and looked at me and I thought, ‘Yeah girl, I know.’”