Off the Shelf: Titles to Enjoy While Curled up on a Crisp, Cool Day 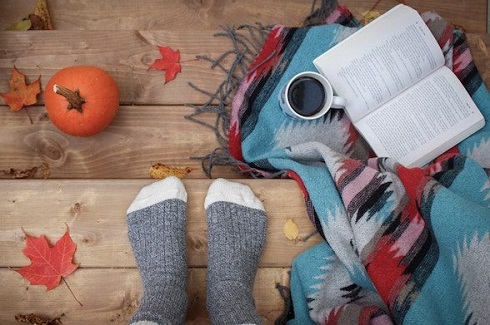 The weather has finally realized that it is fall, and the crisp, cool air is great for reading.  This is a pretty spectacular fall for readers and here is a preview of some of the biggest titles of the season.
Garnering lots of attention is the sequel to “The Handmaid’s Tale;” “Testaments” by Margaret Atwood has been described as “Atwoodian” whatever that means.  Alice Hoffman of “Practical Magic” fame offers “a major departure in subject and tone” in the story of three young girls fighting for survival against the Nazi in “The World That We Knew."
Ta-Nehisi Coates better known for his essays debuts with his first novel, “The Water Dancer,” about a young slave with a strange power that he uses in his fight against slavery.  It is already an Oprah book club pick.  “The Dutch House” by Ann Patchett covers decades in a home’s ownership.  “Find Me” by Andre Aciman is the sequel to “Call Me by Your Name” picking up the tale of Elio and Oliver as adults.
“Cantoras” by Carolina De Robertis follows five women through a Uruguayan dictatorship while Jeanette Winterson takes a famous tale and re-imagines it in “Frankissstein.”  Elizabeth Strout returns to the world of Olive Kitteridge in “Olive, Again” while “The Secrets We Kept” by Lara Prescott takes another famous book and creates a story about its publication.
“Heaven, My Home” by Attica Locke will make mystery readers happy with this new story about Texas Ranger Darren Matthews caught up in white supremacy as he tries to find a missing boy.
“Imaginary Friends” by Stephen Chbosky is described as the horror novel of the season. Leigh Bardugo best known for her fantasy Grisha series moves into adult fiction with “Ninth House” whose heroine lucks out with a scholarship to Yale University in exchange for spying on its secret societies.  Or does she?
“The Starless Sea” by Erin Morgenstern, author of the best-selling “Night Circus” returns with this action-packed novel of magic books, lost cities, pirates and puzzles   What more could you want in a fantasy novel.
Teens are anxiously awaiting the sequel to Rainbow Rowell’s “Carry On.”  “Wayward Son” follows the Chosen One Simon Snow and his roommate through the West plagued by dragons, vampires and assorted odd creatures.  And Holly Black concludes her best-selling series “The Folk in the Air” trilogy with “Queen of Nothing.”
There ae loads of books coming this fall.  Most are already ordered, and you can place holds on them by using the online database or stopping at the circulation desk.