Hugh Gainer was born, raised and educated in the Harrison County School system, from Point Comfort Elementary to Bridgeport Jr. – Sr. High School. He graduated from Bridgeport High in 1960.
Hugh is the son of the late Hubert and Marguerite Gainer. One sister and brother-in-law, Sally and Bill Altman of Sarasota, Florida and Bridgeport, WV. Their son Eric lives in California.
Hugh and Michael Ann were married two weeks before Hugh was deployed to S.E. Asia, with the U.S. Army for a one year tour duty as a radio operator.
Over fifty one years later that wonderful wife is credited with many (PHT) degrees (putting hubby through) which led to Hugh’s Bachelors degree from Fairmont State University and Masters and graduate work from Bowie State University, The University of Maryland, West Virginia University and Marshall University.
Hugh and Michael Ann have one son Scott Gainer married to Tawnie Rae Gainer that now reside in Raleigh, North Carolina with their two children Micah and Matthew and they are Grandma and Grandpa’s pride and joy.
Hugh’s many years at Bridgeport High School are the finest years he spent in education. The students, parents, teachers, administrators and the entire staff always worked together to enhance the students and hopefully enriched their perspective for what was ahead in the years to come.
For many years he coached various sports, served as a guidance counselor and was the advisor for the BHS Key Club. Hugh received the first Charles E. McCallister Award, West Virginia’s highest award service for youth.
The sports he coached over many years included four –time state champion golf teams, the highly successful boys and girls tennis teams and cross country teams. Hugh was also an assistant coach with the basketball and baseball teams.
Hugh belongs to the WV retired teachers, Harrison County retired teachers and American Legion VFW Post 573.
Hugh and Michael Ann have always supported all of the high school and alumni and friends projects and fundraisers. The amount of money raised for scholarships has truly been outstanding.
Hugh is humbly honored to be chosen for induction into the Bridgeport High School Alumni and Friends Hall of Fame with the Class of 2016. 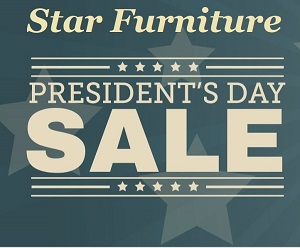