Marie Tyler-McGraw graduated from Bridgeport High School in 1957 and attended West Virginia University.  Aided by a Benedum Scholarship, she received a B.S. in Secondary Education in 1960 and an M.A. in American History in 1964.  She was awarded a Ph.D. in American Studies from George Washington University in 1980.
Marie began as an academic historian teaching in colleges –- two of which were historically African American. In the mid-1980s, she switched to a career as a public historian. She was a post-doctoral Fellow at the National Museum of American History at the Smithsonian Institution; chief historian at the Valentine Richmond History Museum; program officer at the National Endowment for the Humanities; and historian at the National Park Service.
Her primary areas of research and writing have been African American history and the history of Virginia/West Virginia.  As a public historian, she has authored three books: An African Republic: Black and White Virginians in the Making of Liberia (Chapel Hill: University of North Carolina Press, 2007.); At the Falls: A History of Richmond, Virginia (Chapel Hill: University of North Carolina Press, 1994); and, with Gregg Kimball, In Bondage and Freedom: Antebellum Black Life in Richmond, Virginia (Chapel Hill: University of North Carolina Press for the Valentine Museum, 2007).
Marie has also produced many articles, museum exhibits, public history lectures, and programs -- and has partnered with local and regional history groups to research and present local history.  She has served as consultant for dozens of public history projects in museums, at historic sites, and in educational institutions across the United States and has lectured widely in the United States, as well as in England, France, Italy, and Spain.
In retirement, she has continued to work with local communities engaged in telling their stories.  Her goal has been to help create and maintain channels of communication between American regions and people. Marie’s first public history project was actually a paper mache recreation of Bridgeport’s Main Street in 1903 entitled “Bridgeport Fifty Years Ago.” All buildings were labeled with the aid of local interviews. 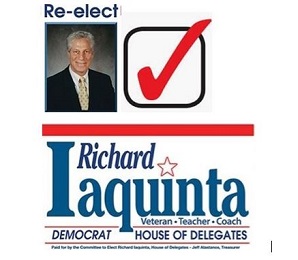