A little bit on a lot of things this week ...
West Virginia Basketball
There aren’t many must-win games in the college basketball season given how long the season lasts. There are even fewer in early 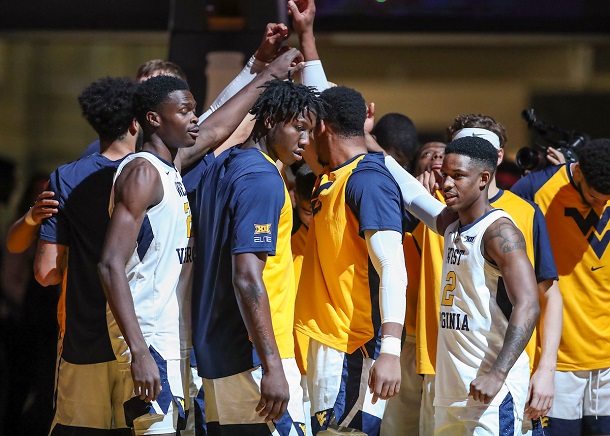 December.
But, today’s game against Pitt feels like one.
The Mountaineers have struggled out of the gate with losses to Buffalo, Western Kentucky and Florida. WVU struggled to score against a Florida team that looks to be rebuilding this season as well. West Virginia is running out of opportunities to get quality non-conference wins.
Now we could probably debate whether Pitt would be considered a quality win at the end of the season, but there's no doubt this is a massive game for West Virginia. The Panthers didn’t win a conference game last season and won only eight all year. Pitt has won seven already this year, but was upset by Niagara earlier this week.
Even if a win over the Panthers doesn’t impress the NCAA tournament selection committee come March, it would be a big win in the eyes of Mountaineer nation. The Panthers haven't visited the Coliseum since January 30, 2012. Pitt won that game 72-66 in front of an announced crowd of 13,302. Even if both teams are struggling to find themselves this season, seeing the Backyard Brawl in the Coliseum again will be a welcome sight.
High School Football
Congratulations to the newly crowned high school football state champions: Martinsburg, Fairmont Senior and Wheeling Central Catholic.
I was lucky enough to be a part of the television coverage again this year the Super 6 and got to watch each of the championship games from the sidelines. All of the players need to be commended for how hard they played. You could tell state titles were on the line. 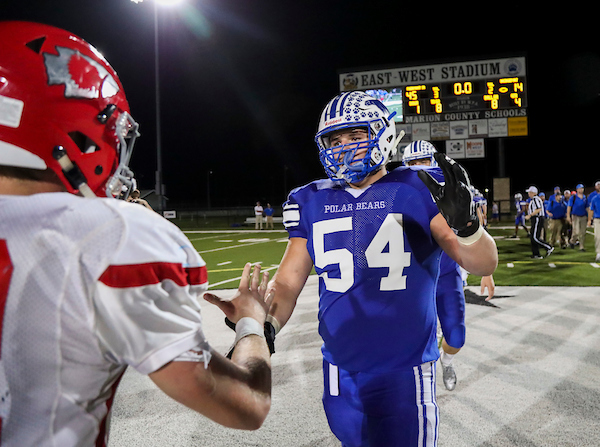 The weather conditions were less than ideal, especially on Saturday for the AAA and A games, but that didn't stop the players from giving it everything they had. As usual, the folks in Wheeling that organize the event were fantastic.
We saw some great individual performances for the winning teams from guys like Grant Harmon (Martinsburg), Breeden Gilbert and Zach Frazier (Fairmont Senior) and Curtis McGhee, Adam Murray and Bray Price (Wheeling Central Catholic) to name a few.
Sean Martin and Juice Edwards (Bluefield), Donathan Taylor (Williamstown) and countless others were outstanding even though their teams came up short.
The best story of the entire Super 6, however, was provided by Spring Valley freshman Wade Smith. Smith underwent a heart transplant earlier this year.
He showed up Saturday before AAA championship game to surprise his teammates. Most of them had not seen Smith since he entered the hospital in Columbus.
I was lucky enough to be in the locker room as Spring Valley head coach Brad Dingess brought Smith in front of the team. They presented him with his #91 jersey that he promptly put on and wore on the sidelines during the game. Spring Valley didn't win the game, but that moment was one that every person in that locker room will remember forever.
I say each year it’s amazing how fast the high school football season goes. This year was no different. It was another fun year marked with fantastic plays, worthy champions and heart-warming stories.
I’m already looking forward to the start of the 2019 season.
Remembering Gary McPherson
It’s often said, if people smile when your name is mentioned, you’ve lived a good life and had a profound impact on those around you. That is true for former WVU assistant basketball coach and longtime athletic department employee, Gary McPherson. 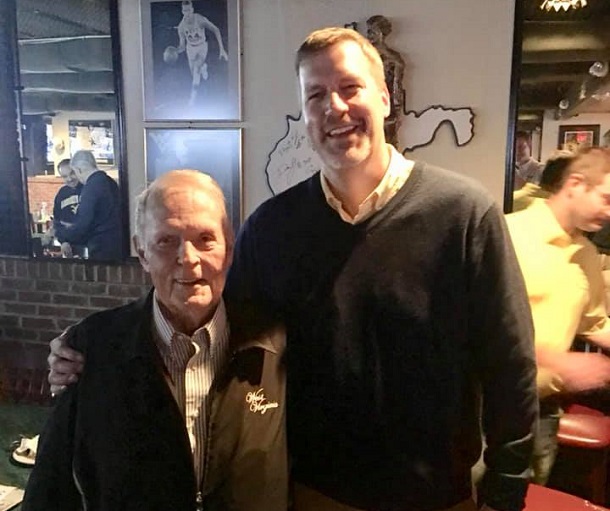 Known throughout the state as Coach Mac, McPherson passed away earlier this week. He spent more than 40 years working at West Virginia University.
I had the pleasure of working with Gary for a number of years in the WVU athletic department. He was always quick to smile, laugh and tell you a story. And he had some stories. Tales from the recruiting trail back in the day were some of his favorites.
As Tony Caridi remarked on the Citynet Statewide Sportsline Thursday night, "I'm not sure you can find a single person that ever had anything bad to say about Gary McPherson."
He was a wonderful ambassador for WVU. He was a loving father to son, Chris and daughter, Missy. He was a devoted husband to wife, Peggy. And he was a friend to many.
Rest easy, Coach Mac. I’ll miss you.
Editor's Note: Top photo shows WVU breaking a huddle before an earlier non-conference game this year, while the second photo shows Fairmont Senior standout Zach Frazier shaking hands with Bridgeport after the Polar Bears regular season win. Both photos are by www.benqueenphotography.com. Bottom photo shows former WVU standout Brent Solheim, left, with Coach Gary McPherson who recruited Solheim. McPherson passed away earlier this week. Photo courtesy of Brent Solheim.