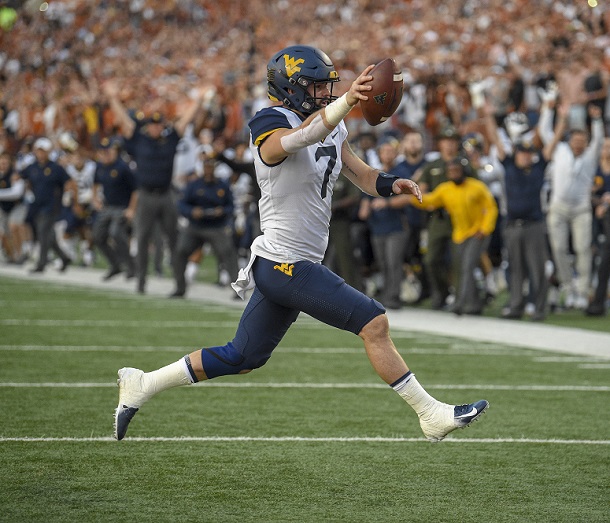 Jeff Hostetler has Oklahoma. Major Harris has Penn State. Pat White has Louisville.
All signature regular season wins for West Virginia’s all-time great quarterbacks. To this day, 36, 29 and 13 years later depending on which game we are discussing, still talk about these wins. We remember where we were, how loudly we cheered and how much fun each of those wins were.
Add last Saturday to the list. Will Grier got his signature regular season win. There is no doubt that Grier is one of the best to ever play the position at WVU. His stats are outrageous. Now he has his moment. Actually, two of them.
The first - leading WVU on a final, game-winning scoring drive, finishing it with an off balance, perfect throw to Gary Jennings in stride was a thing of 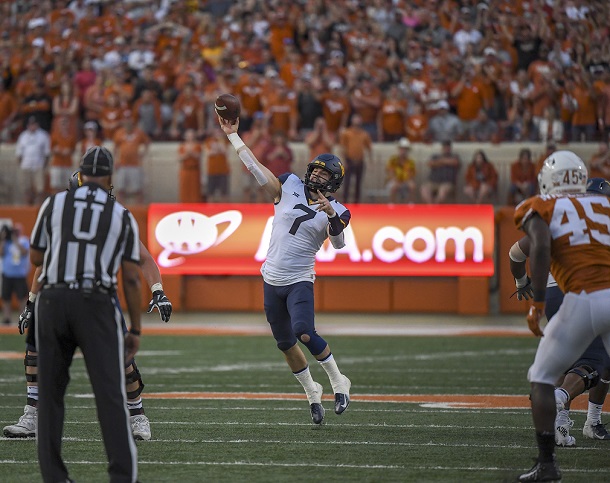 beauty.
Go watch that play again in full speed. It was simply amazing. I challenge you to find a better throw in all of college football this season.
The second moment - calling your own number on a win or lose play, game on the line two point conversion cemented the legacy.
Grier is on pace to break the single season record for touchdown passes. He will end up somewhere north of 7,000 yards passing in his two year WVU career. If he were to keep his current pace for the final three regular season games and a bowl game, he would pass Skylar Howard for second place all-time in passing yards.
The stats are there to be included among the very best to ever play the position at WVU. But, that final two and a half minutes against Texas on November 3 in Austin will be his lasting legacy.
His gift to Mountaineer fans for generations to come.
Editor's Note: Photos courtesy of WVU Sports Communications. Photos by Dale Sparks.