And here we go…football is back.
The Neal Brown era is officially open as WVU began fall camp yesterday. In some ways it feels as if Neal Brown has been the coach at West Virginia for years not months. He did a great job of getting out and connecting with the fanbase during his first seven months on the job.
That was the easy part though. Now comes the hard part - trying to find a way to win in his first year while replacing all of the talent now in the NFL.
Here are three things to watch:
1. Who wins the quarterback job?
Even though Will Grier received about as much praise as I can remember for a WVU quarterback, it may not have been enough.
He was so productive that games in which he threw only two touchdown passes seemed to be ‘off days.’ The standard he set was 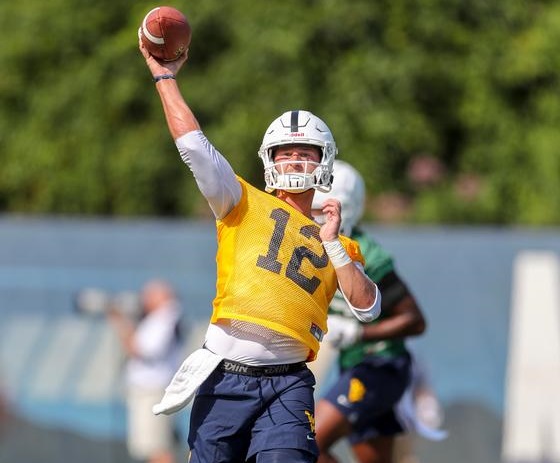 ridiculous.
Look at where Grier ranks in the WVU record books In just two seasons:
• Third and fifth best single season passing yards
• Second and third best single season passing touchdowns
• Third all-time career passing yards
• Most all-time 300 yard passing games
• Second all-time career passing touchdowns
And the list goes on.
Now WVU begins LAG (Life After Grier). Who will be the guy this year? Neither Austin Kendall nor Jack Alison separated themselves in the spring.
Both showed flashes, but not the overall package and consistency that will be needed once the games begin. They, along with Trey Lowe, now have three weeks to show the coaches they have what it takes to lead this team.
Its unfair and unrealistic to expect one of them to approach Grier’s numbers. But, if WVU is going to find a way to win at least six games and get to a bowl, it simply must find a quarterback that can produce consistently. Grier’s success didn’t come without help. Replacing the departed Gary Jennings, David Sills, Marcus Simms and Trevon Wesco may be more difficult than replacing Grier (more on the this in the coming weeks).
2. How good will the offensive line become?
It starts with two great pieces. Preseason All-Big 12 selection Colton McKivitz is a proven commodity. And an eventual pro. Josh Sills isn’t far behind.
Barring injury, those two should be the anchors of the line and will most likely find themselves with end of the season All-Big 12 accolades.
Who else emerges? 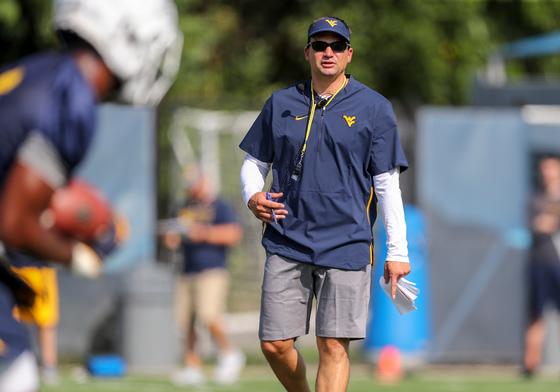 We’ve heard a lot of talk this offseason about the work Michael Brown has put in. Brown is massive, but raw. Kelby Wickline returns after appearing in 12 games (with two starts) as a redshirt junior. He was a critical piece in the WVU win over Texas last season following Yodny Cajuste’s ejection.
Maybe the most critical piece of the line - new center Chase Behrendt. The redshirt junior saw action at tackle and guard in 11 games during 2018. Now he moves to the all-important center position. His development will be critical for this unit.
Offensive line is always an essential component of a successful team. That may be even more true for this current WVU team.
Given the uncertainty at quarterback and receiver, it would only be logical to assume this offense will rely heavily on a deep, experienced and talented running back group.
All four backs return from a season ago: Kennedy McCoy, Martell Pettaway, Leddie Brown and Alec Sinkfield all took turns looking like a number one back at times. A combined 82 games played and nearly 2,000 yards rushing return with those four.
They need help though. A back can only do so much. If the offensive line is solid, expect one or more of those running backs to have breakout seasons.
3. Who are you defensively?
One of the things you hear over and over about a Vic Koening defense is that it likes to create confusion. Sometimes it’s an odd front (three down lineman). Sometimes it becomes and even front (four down lineman).
One of the goals is to disguise what you’re doing and make the opposing quarterback have to think (and guess) rather than just play. When clicking, it’s the perfect way to combat the no huddle, up tempo offenses of modern college football. 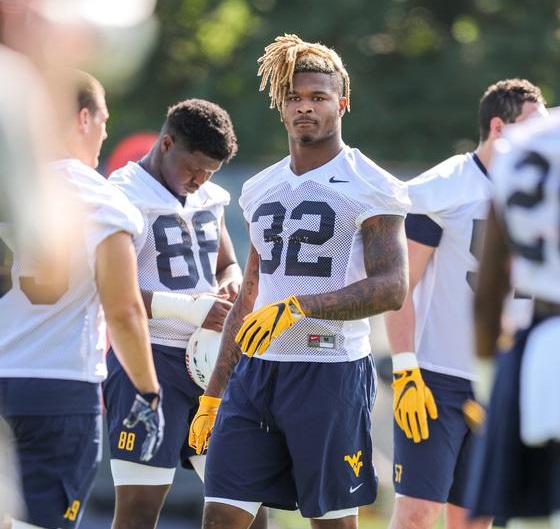 But, you better make sure the OFFENSE is the group that is confused, not your own guys. Learning a new system is never easy. How quickly can the WVU players learn and master what they should be doing defensively?
How about personnel? The biggest losses for WVU came on the offensive side of the ball, but the defense took some hits as well. David Long, Kenny Robinson and Derrek Pitts are all obviously big losses.
At least in the case of replacing Long, all of the injuries to the linebacker position last year, actually provide some optimism for that position heading into this season.
Check out this list of returning players at the linebacker: Bridgeport’s Dylan Tonkery, Exree Loe, Charlie Benton, Zach Sandwisch, Shea Campbell, Josh Chandler and Adam Hensley. Add in Alabama transfer Vandarius Cowan and you have one of the more experienced position groups in recent memory.
There are certainly more questions than answers as the Neal Brown era gets underway, but that's what makes college sports great - the unknown.
Editor's Note: Top photo shows quarterback Austin Kendall during a recent practice, while Vandarius Cowan is shown below. Coach Neal Brown is shown in the middle. Photos by Ben Queen of www.benqueenphotography.com.