A Little Know-Howe: Which WVU Team Shows Up for Top 20 Big 12 Showdown on Road against Texas

Which West Virginia team will see today?
The one that traveled to Ames, Iowa two weeks ago and put up the worst offensive performance in two decades? Or the version that 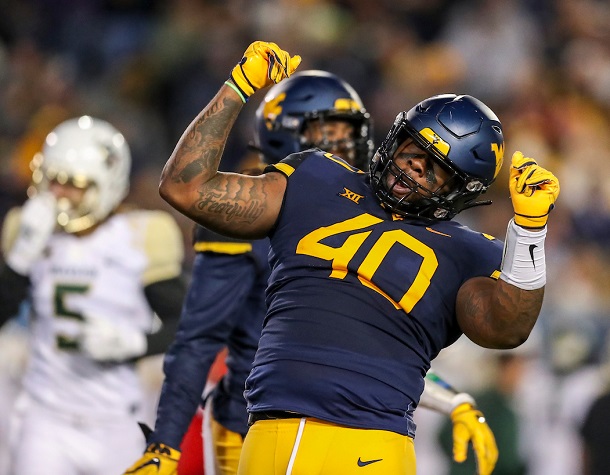 demolished Baylor in its last game by racking up more yards in a half than any Mountaineer team in history.
As West Virginia heads to Austin for its biggest game of the season, here are some numbers to keep in mind. It’s tough to beat a ranked team on the road.
In West Virginia’s case, prior to the Texas Tech game on September 29, the Mountaineers had not won on the road against a ranked team since … wait for it … at Texas in 2012.
Can WVU buck the trend and pick up a second win over a ranked team away from home in a season for the first time since 2007? WVU picked up wins at No. 21 Cincinnati and No. 25 Rutgers during that season.
This game today is fascinating to me because there are so many different angles we could explore. Here are a couple:
1. Will Texas be able to run the ball effectively?
You would think Texas will try and go ‘big’ and run it right at West Virginia’s smaller linebacking crew. The Horns ran for 233 yards last year in Morgantown. Quarterback Sam Ehlinger averaged nearly eight yards per carry in the 28-14 win against WVU last season. 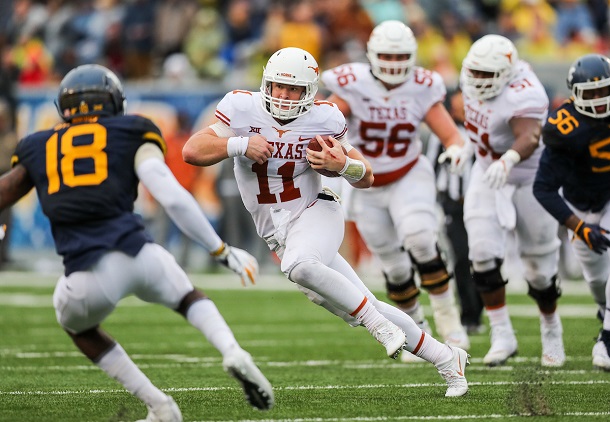 Tony Gibson’s defense has been very good against the run this season, giving up just 133 yards per game, good for 34th nationally. WVU is 20th nationally in rushing touchdowns at allowed, having given up just eight on the year.
Might it be strength on strength in this one? But, wait ...T  exas is just 82nd nationally in rush offense. The Longhorns average just 3.92 yards per carry.
Will Texas run it? Can Texas run it? Watch this part of the game closely. It just might determine today’s winner.
2. Can West Virginia protect Will Grier?
Given the struggles West Virginia has had protecting Grier at times this season, should Dana Holgorsen and Jake Spavital be concerned about the Longhorns pass rush? Believe it or not, Texas actually ranks below West Virginia when it comes to sacks, a category that has never been the strong suit of a Tony Gibson defense (although this year it has clearly improved).
Here’s another stat for you: Texas sits outside of the Top 100 when it comes to getting to the quarterback on non-passing downs. So, if W 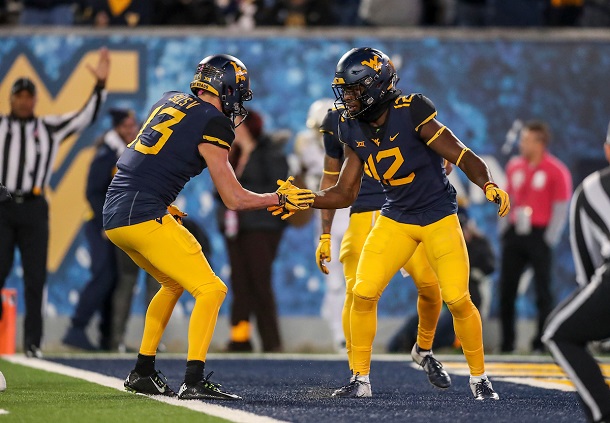 VU can keep itself out of third and long situations and protect Grier, you would have to think big advantage Mountaineers.
I’ll leave you with one final number. In its loss last week to Oklahoma State, Texas was exposed in its secondary by the Cowboys  Oklahoma State took advantage of two suspended corners for Texas and put up 260 yards of offense in the first quarter. While the starters, Kris Boyd and Davante Davis returned in the second quarter last week and will start against WVU, the defensive backfield for Texas has been susceptible to big plays.
The Longhorns rank 117th nationally in explosive pass defense. What does this West Virginia team like to do to opponents … hit them with big plays.
Can WVU protect Grier long enough for him to hit that talented stable of receivers for big plays? Will the tight ends make some big catches in the middle of the field that turn into big plays?
If they can, West Virginia should be looking at a HUGE win and another giant step on the road to the Big 12 title game.
This should be a fun one. West Virginia is in the hunt for a Big 12 title as we head into the final month of the season. Enjoy this. We haven’t seen WVU in this position very often since joining the Big 12.
We’ll have more analysis, stats and predictions coming up during our 9.5 hours of gameday coverage on the MetroNews Radio Network across the state.
You can find a station near you or listen live by clicking HERE.
Editor's Note: Top photo shows Kenny Bigelow celebratiing a big early play against Baylor last week, while Sam Ehlinger is shown churning up rushing yards in last year's Texas win in Morgantown. Below, Gary Jennings, right, celebrates a touchdown catch with David Sills in WVU's big win against Baylor. All photos by Ben Queen of www.benqueenphotography.com.