The Robinson Grand Performing Arts Center is excited to host the Clarksburg History Museum’s event “UFOs – The Clarksburg Connection” on Saturday, Oct. 22 at the historic Robinson Grand Performing Arts Center located at 444 W. Pike St. in Clarksburg.
“UFOs – The Clarksburg Connection” will feature an Alien Costume Contest with cash prizes available to participants. Special guest speakers David Houchin of the Clarksburg-Harrison Public Library and Les O’Dell, the Co-Founder of the Midnight Talkers Paranormal Group and WV Cryptids and Strange Encounters, will introduce audiences to Gray Barker, Clarksburg’s famous author and paranormal propagandist. The event will conclude with a showing of The Mothman Prophecies (2002) starring Richard Gere and Laura Linney. 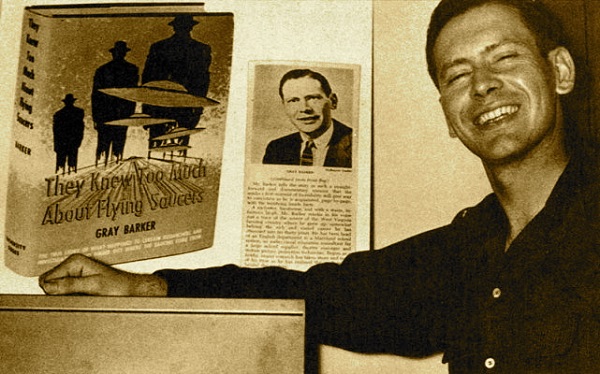 “We want people to know that Clarksburg resident Gray Barker wrote the books that are the basis for the Men in Black film franchise and basically created the legend that is The Mothman,” said Michael Joseph Spatafore of the Clarksburg History Museum.
A native of Riffle in Braxton County, Gray Barker graduated from Glenville State College in 1947. In 1952, he was working as a theater booker in Clarksburg when he began collecting stories about the Flatwoods Monster, an alleged extraterrestrial reported by residents of Braxton County. Barker submitted an article about the creature to FATE Magazine, and shortly afterwards began writing regular pieces about UFOs for Space Review, a magazine published by Albert K. Bender’s International Flying Saucer Bureau.
In 1953, Albert K. Bender abruptly dissolved his organization, claiming that he could not continue writing about UFOs because of “orders from a higher source.” After pressing Bender for more details, Barker wrote his first book, They Knew Too Much about Flying Saucers, which was published by University Books in 1956. The book was the first to describe the Men in Black, a group of mysterious figures who, according to UFO conspiracy theorists, intimidate individuals into keeping silent about UFOs.
In 1962, Barker and Bender collaborated on a second book on the topic, called Flying Saucers and the Three Men, which was published under Barker’s own imprint, Saucerian Books. 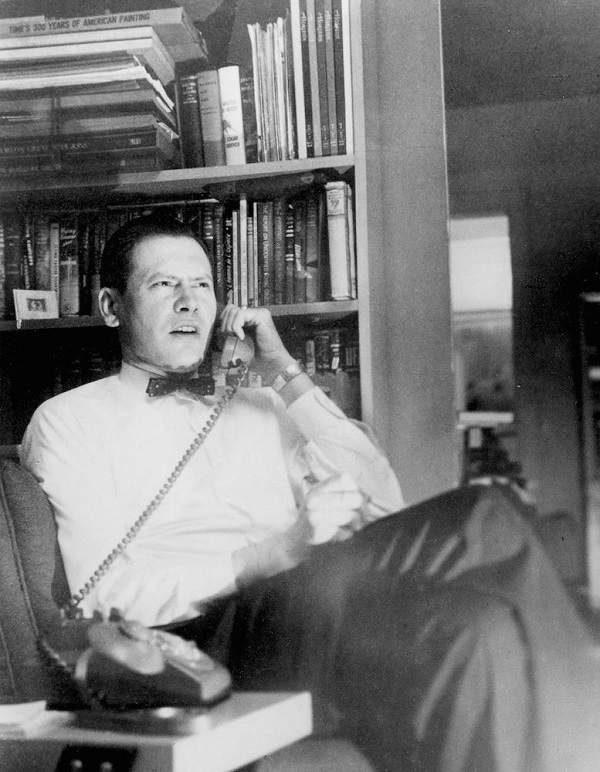 Over the next two decades, Barker continued writing books about UFOs and other paranormal phenomena. One of these was the 1970s The Silver Bridge, which linked the collapse of the Silver Bridge in Point Pleasant with the appearance of an alleged paranormal creature known as the Mothman. Barker’s book preceded John Keel’s novel The Mothman Prophecies by five years.
“The legend created by Barker inspired John Keel’s book, which gave us the film we are showing on October 22, The Mothman Prophecies,” said Spatafore.
The story in the 2002 American supernatural-mystery film directed by Mark Pellington, with a screenplay by Richard Hatem, and starring Richard Gere and Laura Linney, follows John Klein (Gere), a reporter who researches the legend of the Mothman.
Still shaken by the death of his wife two years earlier from Glioblastoma, Klein is sent to cover a news piece and ends up inexplicably finding himself in Point Pleasant where there have been sightings of an unusual creature and other unexplained phenomena. As he becomes increasingly drawn into mysterious forces at work, he hopes they can reconnect him to his wife, while the local sheriff (Linney) becomes concerned about his obsessions.
“After the event at the Robinson Grand, audience members are invited to visit the Waldomore and the Clarksburg History Museum,” said Spatafore.
The Gray Barker Room at the Waldomore holds a collection of Gray Barker’s writings, as well as files of correspondence between Barker and notable figures of the UFO field from the 1950s to the early 1980s, such as George Adamski, Howard Menger, James Moseley, and others. The Clarksburg History Museum will be featuring a brand new exhibit focused on Barker and his life and dealings in Clarksburg.
The complete schedule for “UFOs – The Clarksburg Connection”
1:00p.m.              Doors Open at The Robinson Grand for Alien Costume Contest
2:00p.m.              Speakers David Houchin and Les O’Dell
2:30p.m.              The Mothman Prophecies (2002)
4:30p.m                Guests Invited to Tour the Gray Barker Room at the Waldomore (till 6p) and the
Clarksburg History Museum (till 8p)
Tickets for “UFOs – The Clarksburg Connection” are only $10 and available to purchase now. All tickets can be purchased online at tickets.therobinsongrand.com or by calling the Robinson Grand ticketing center at (855) 773-6283.
Editor's Note: Submitted photos of Barker courtesy of The Robinson Grand.