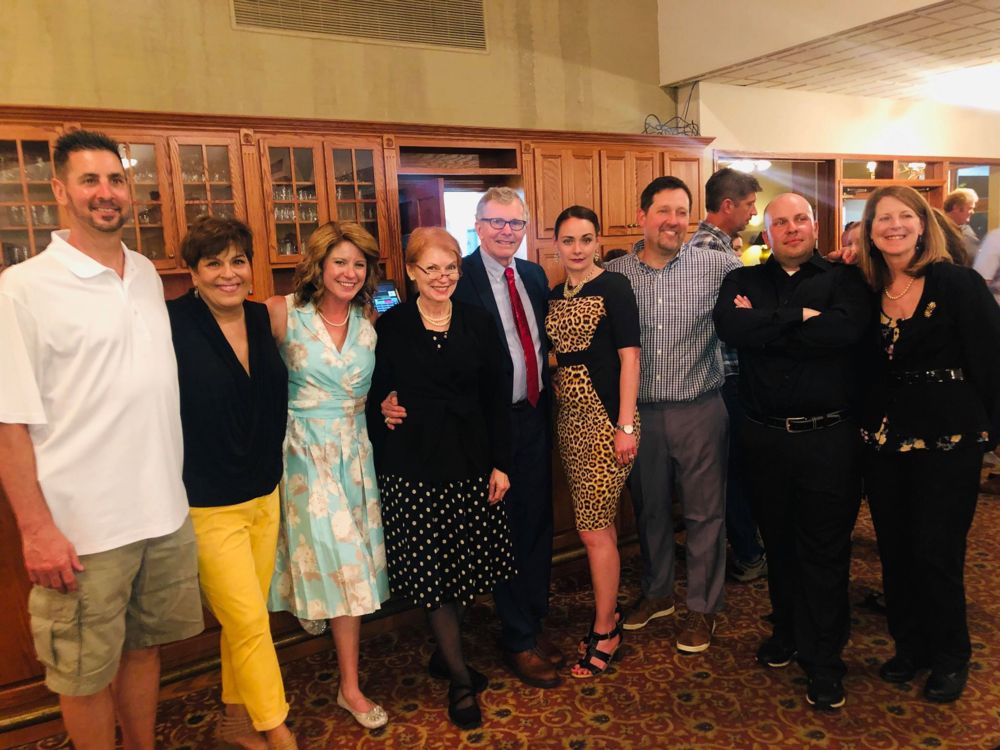 It was the classic whodunit, dressed with a delectable buffet dinner and, of course, plenty of sweets for desserts. The murder mystery, 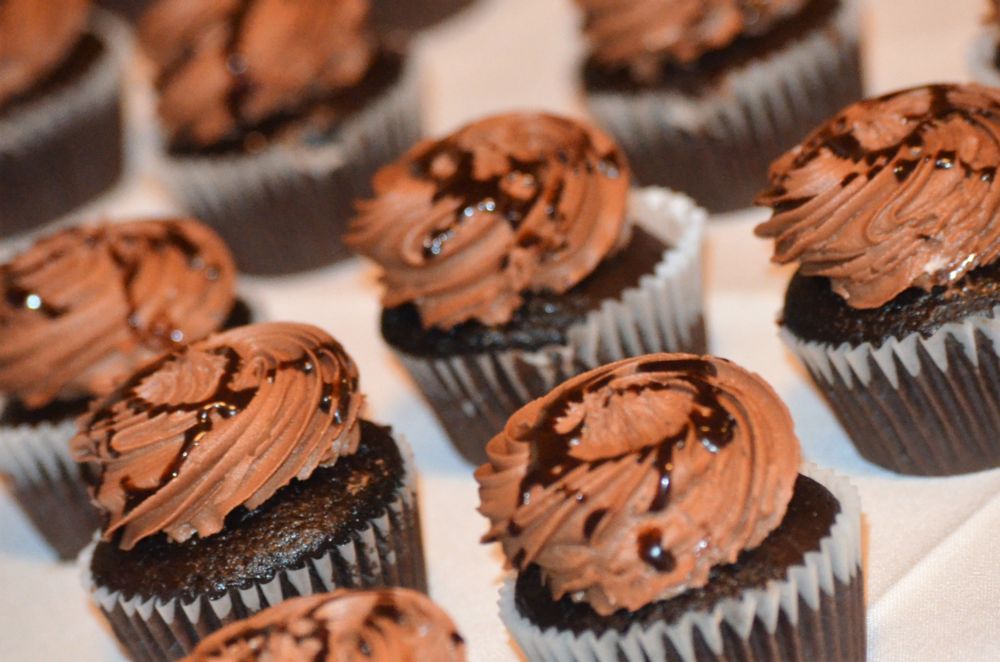 penned by and co-starring JoAnn F. Peterson, delivered a scenario about a competition involving a parade of animated chocolatiers. It was up to the audience to decide who who commited the murder of the judge George W. Greene. Was it Kevin and Cindy Kramer? Ginger Moore? Jackie Coco? Ashley Abernathy? Martha C. Greene? Or Jeff Goldthumb?
The cast (pictured above) is Ashley Cilento as Jackie Coco, Stephanie Scott as Cindy Kramer, Tommy Scott as Kevin Cramer, Michael Gervais as Sim Simpson, Tom Peterson as George W. Greene, Joanne F. Peterson as Martha C. Greene, Melinda Oliverio as Ashley Abernathy, Rob Garcia as Jeff Goldthumb and Barbara Ruckser as Ginger Moore. Oliverio, Garcia and Ruckser were assigned their parts just before the production began. Along with other audience members, they auditioned for roles and won by monetary vote.

Peterson wrote "Death by Chocolate" more than 15 years ago and has directed it several times. She said every cast brings something different to the show. To learn more about hosting a murder mystery event or to book one of Peterson's shows, contact her at 301-268-5116 or mountaineer@atlanticb.net. Peterson can also be contacted through her Facebook page: JoAnn F.  Peterson - Actor & Amazing Women of History Portrayals.
Held at Bridgeport Country Club, the event was a fundraiser for JC Films' upcoming production of "Zombie High School," to be filmed in Bridgeport. Previously filmed in the immediate area was "A Promise to Astrid," which will premiere next weekend at Bridgeport United Methodist Church. A copy of the special-edition book by Mike Tourville (on which the movie was based) was available for purchase at the murder mystery event. Peterson, who played the 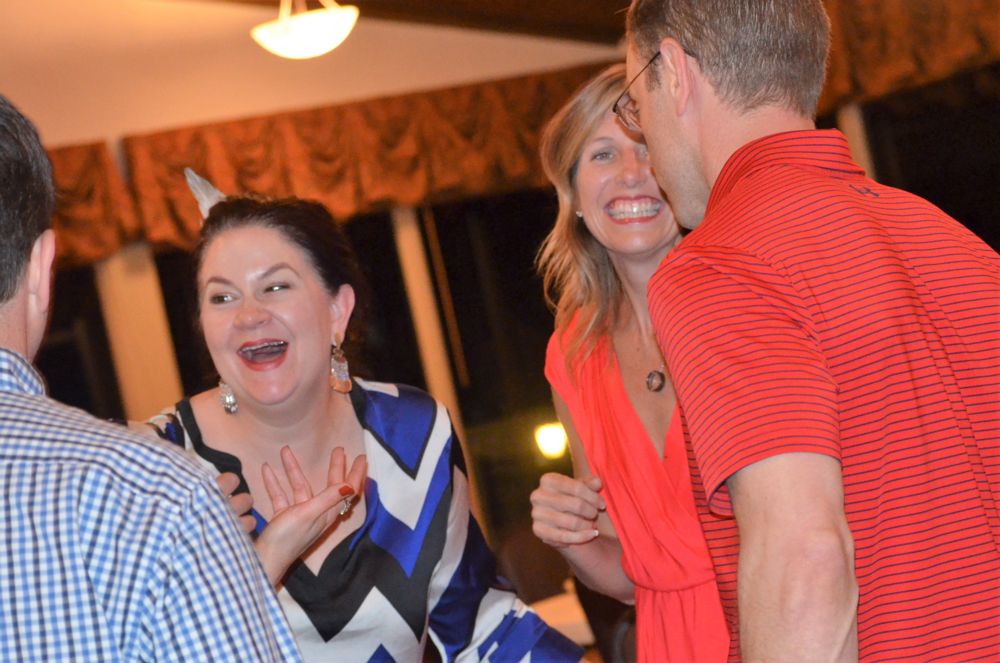 title role, starred in the production, along with Dean Cain.
President of JC Films, Jason Campbell, addressed the audience during intermission, telling them about his projects in Bridgeport. Learn more at www.jcfilms.org.
To reach about "Zombie High School" and auditions happening May 11 at Bridgeport Middle School, read HERE.