Landau Eugene Murphy Jr. Coming Back to Robinson Grand for Home for the Holidays Show

By Connect-Bridgeport Staff on September 23, 2022 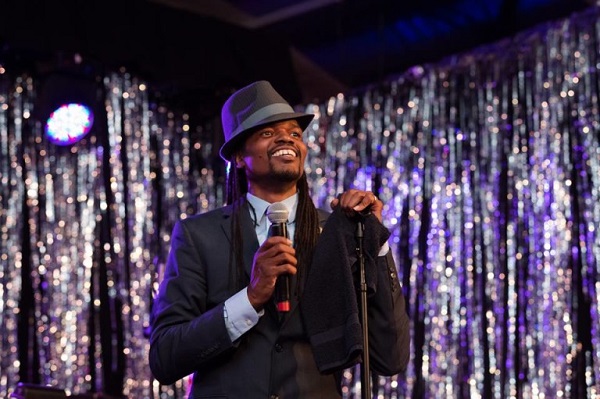 “Not to brag, but Landau is a Logan County boy, like me, so you know he can sing,” said Jason A Young, the Robinson Grand’s Program Manager. “In all seriousness, he is one of our state’s treasures, and we are excited to have him on our Grand stage once again.”
The Saturday night concert is the finale of Clarksburg’s Winterfest. Held annually during the first weekend in December, the two-day community event in Downtown features a Christmas parade, tree lighting, artisan winter market, and local entertainment from children and adults of all ages.
“Tina Yokeand her team at the CVBhave created something really special with Winterfest,” said Young. “People will be celebrating the holiday season for two days on the streets of downtown Clarksburg concluding with the big finale: Landau on our Grand stage.”
Seeing Landau in concert is a revelation; backed by the dynamic Landau Big Band, you’ll always hear swinging arrangements of Great American Songbook holiday classics from Frank Sinatra, Dean Martin, Nat ‘King’ Cole and many more, along with a dusting of that special Motown Magic that is sure to move your feet and make you sing along.
Tickets for the Landau Eugene Murphy Home for the Holidays tour start at only $20 and are on sale now to Friends of the Robinson Grand. Tickets will be available to the general public on 10 a.m., Friday, Sept. 23.  All tickets can be purchased online at tickets.therobinsongrand.comor by calling the Robinson Grand ticketing center at (855) 773-6283.
Editor's Note: Photo of Murphy courtesy of landaumurphy.com