Spotlight on Shirley Oliverio of Bridgeport, Mother and Gram to Many 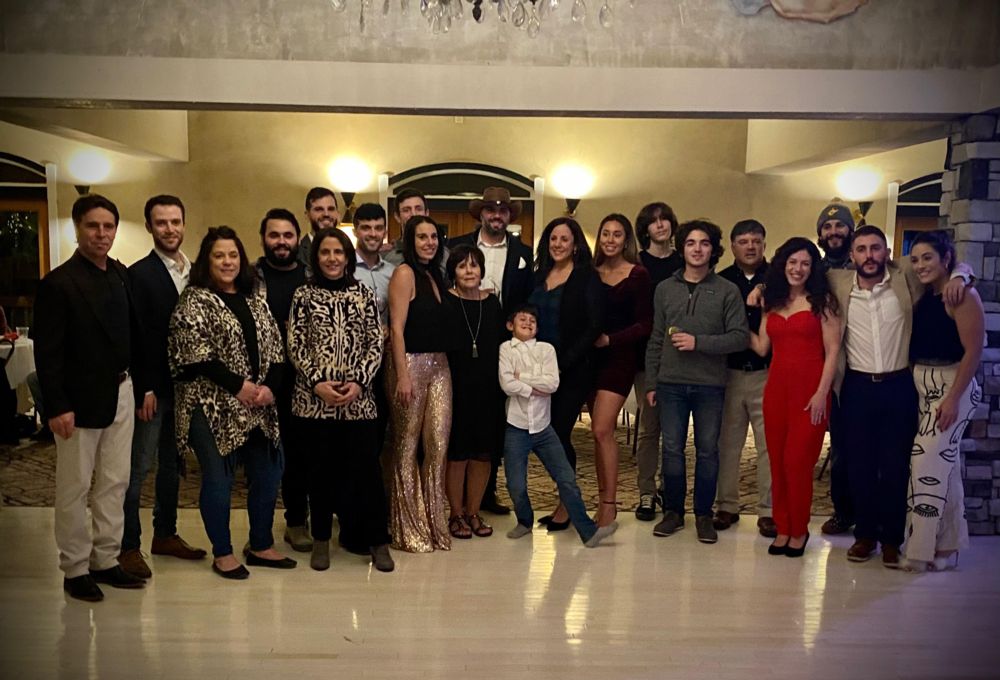 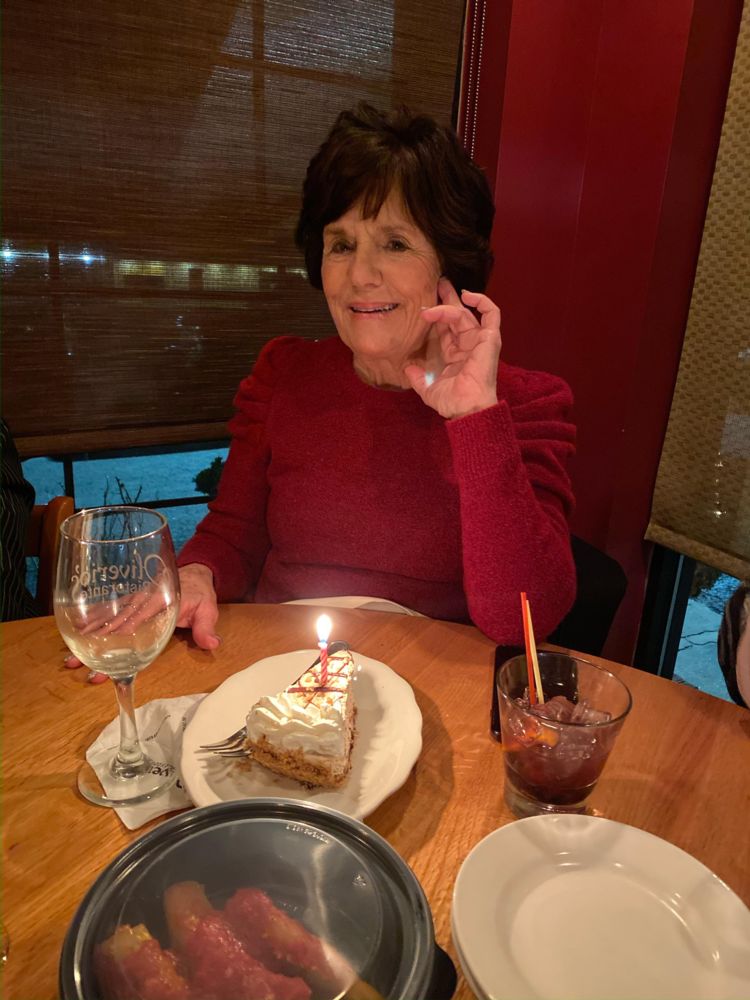 Today's Bridgeport City Face is Shirley Donnellan Oliverio, a familiar one to many. As we are celebrating Mother's Day, we're doing this feature a little bit differently. We've reached out to some of her grandchildren to tell us why she is special.
"When you're talking about a woman who grew up on a farm with 10 brothers and sisters who throughout her lifetime created a family legacy with six of her own children, 19 grandchildren, and nine great-grandchildren, it's tough to pinpoint one thing that makes her special," said grandson Nic Oliverio.
Nic said he has so much respect for his "Gram."
"Without her, none of my family would have what we have today. She started our family business and worked tirelessly around the clock to make sure it was a success," he said. "Because of her hard work, we have a business that has grown exponentially and supports multiple generations of our family."
That family business is Oliverio's Ristorante. Shirley and her husband Peter Anthony "Sonny" Oliverio opened the Main Street restaurant in 1966 as Sonny's, serving burgers, hotdogs, ice cream, and eventually pizza. The hot spot would one day be a well-known area restaurant featuring Italian specialties.
In the restaurant's early years - and at the Oliverio home throughout the years - Shirley frequented the kitchen creating those dishes.
"She's not Italian at all; she's Irish," said her granddaughter, Perris Oliverio Reed. "She learned a lot of cooking from her mother-in-law and she was passionate about it. She still, at 80 years old, cooks family dinners and it's never just our family. Everyone has friends and everyone calls her Gram. Sometimes there are 50 people."
Shirley - raised on a working farm in the country - has been nurturing others, her grandkids said,  since she was a teenager. 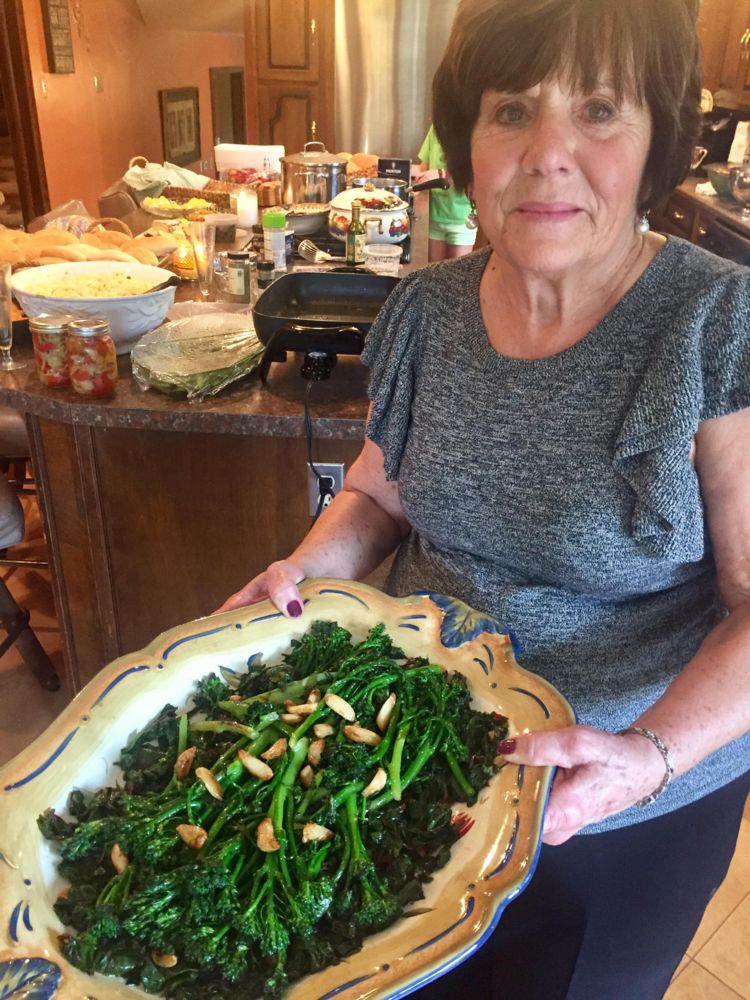 "She was one of the older siblings. Her mother had passed and her father had left by the time she was 18," Perris said. "She took on a motherly role with not much money. Times were hard."
That confidence, determination, and survivor instinct have not gone unnoticed.
"I think the biggest lesson Gram has taught me is perseverance," Nic said. "I tell people all the time that my grandmother has been through more in her lifetime than any one person should have to go through. And yet she always perseveres. She's living proof that no matter what is thrown at you, there's always a way to make it through."
Shirley and Sonny's oldest son, Peter Anthony, Jr. died at age 46 in 2008 after battling Lou Gehrig's Disease. Sonny had passed on before then.
Grandson Patrick Oliverio said he, his siblings, and cousins are very lucky to call Shirley their Gram.
"She's been looking over our whole family every minute of my life and I - along with my parents, brothers, sisters, aunts, uncles, and cousins - have felt the genuine caring she has for us at all times," he said. "There is no one in the world that worries about the happiness of her family more than Shirley Oliverio."
He added that she is "One helluva cook and enjoys the hell out of a glass of wine."
Patrick said he has many great memories of his Gram, but a couple stand out.
"One of my favorites is she and my grandfather driving all the way to Northeast Wisconsin to watch me play baseball when I was 13, but the best memory of all is her being able to attend my wedding in Hilton Head. We got married during COVID, so we 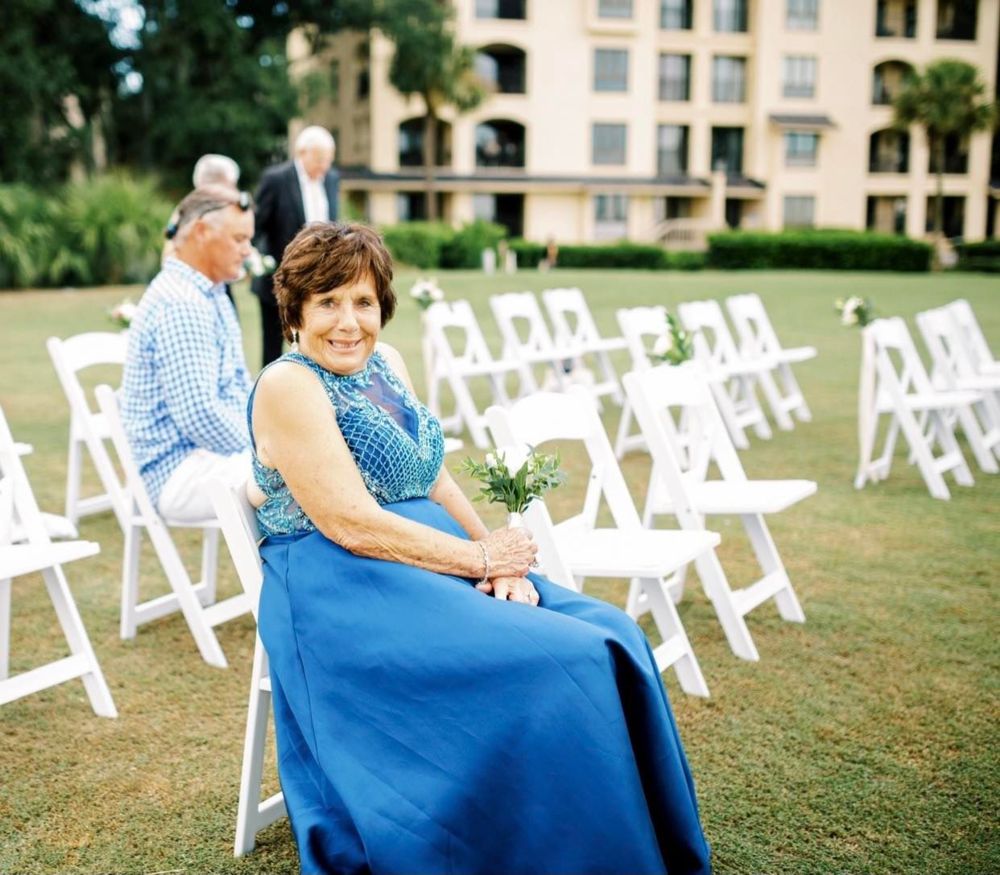 weren't able to have a big celebration, but I was very very glad she was able to be there for mine and Kaitlyn's day."
Nic said his favorite story about his grandmother happened before he was even born.
"She and my grandpa (Sonny) were working in the restaurant like they did every day. Anyone who works in a restaurant knows how stressful things can be at the height of the dinner rush! Well, my grandfather came storming through the kitchen upset about something. Gram was at the prep table peeling red onions. As he walked by, he yelled at her for whatever reason and it upset her so much that after he walked passed, she threw a red onion at him and it hit him right on the back of the head. He stormed out of the kitchen in anger! Later that night, he was sitting down and he told Gram to come sit with him. She went and sat on his lap. He chuckled, gave her a kiss, and said, 'You have really good aim!" They both laughed together as he realized he still had pieces of red onion on the back of his head."
There are many layers to Shirley Oliverio, Perris said. 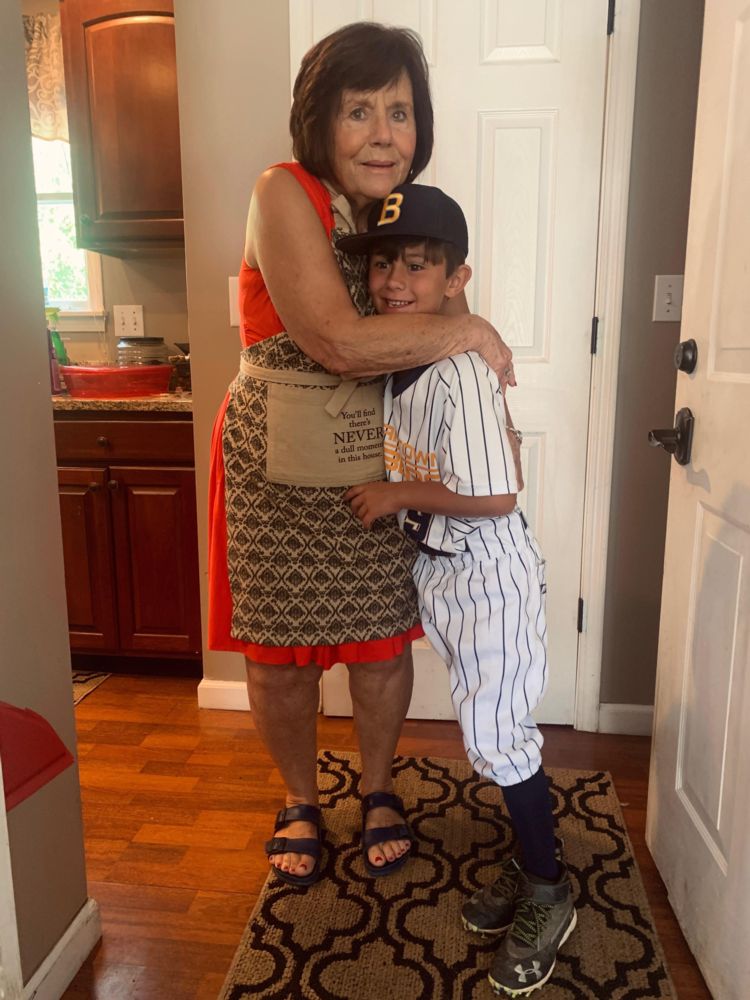 "It's easy to have a perception of Gram. You see her at the (Oliverio's Ristorante) bar and she's gorgeous. She has this huge family and has accomplished so much. But I doubt many people know about her backstory. When you really know the things she's been through and has overcome, you look at her through eyes of amazement."
Shirley is pictured below with her children; sons Patrick and Phillip and her daughters Petrina Bonamico, Patti Simon, and Polly Washburn. She is Gram to her 28 grandchildren and great-grandchildren - and many others. The whole crew is pictured at the top. 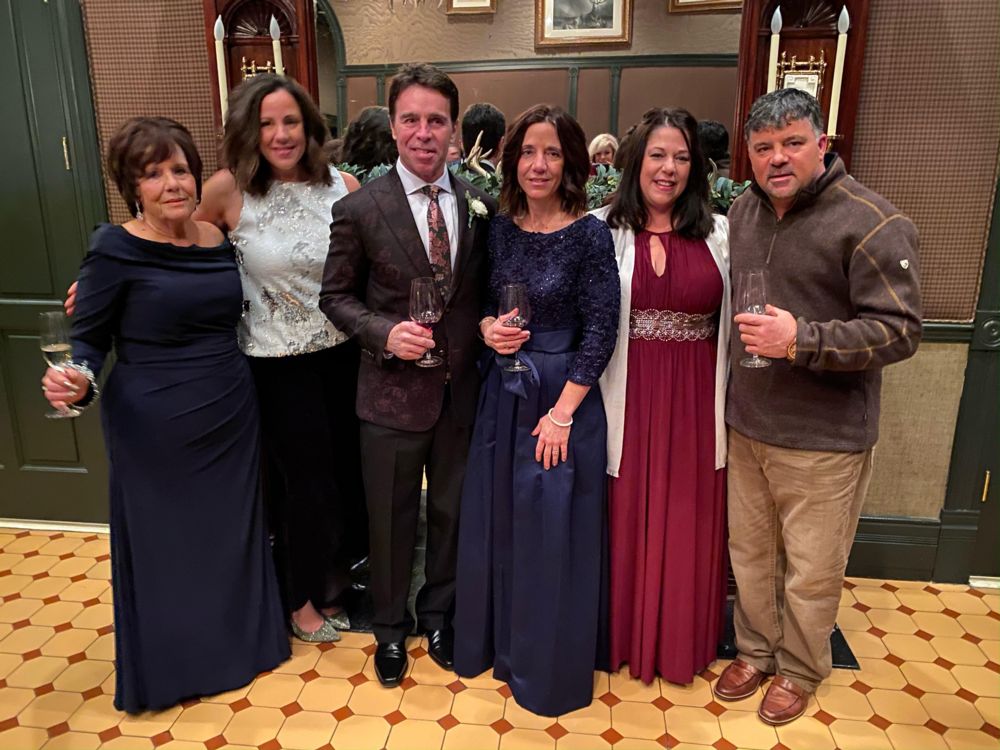