A much-needed addition is coming to the The Bridge Sports Complex following Monday’s regular City Council meeting.
Council approved a contract with Sportafence Holdings, Inc., based out of Lak Elmo, Minn., in the amount of $82,200. 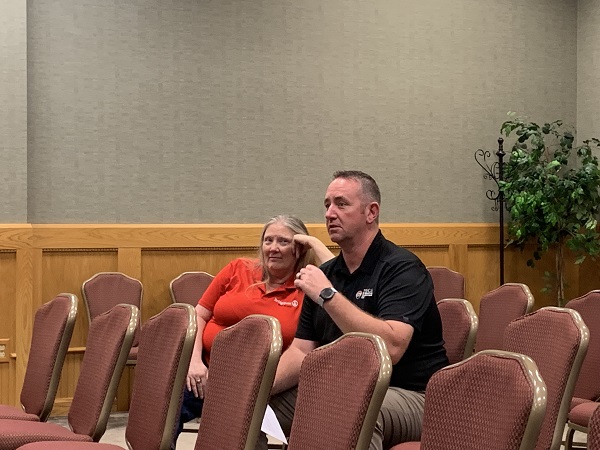 The product that Sportafence Holdings will be providing is upgraded portable fencing which can and will be used in a variety of fashions.
“With the development of the new (turf) field behind the CityNet Center and the multi-use concept we have with the baseball fields, we need a fence on the field,” Parks and Recreation Director Joe Shuttleworth said. “In the past on some of our grass fields we’ve used a very cheap version of fencing where you drill holes in the grass and stick the poles in the ground.
“We would have to replace them about every two years. This (Sportafence) is a very permanent system. It’s actually a galvanized chain-link system. It also has a wheel system so it’s not very labor intensive to put it out.”
Shuttleworth also said the new fencing will serve immediate needs and flexibility on the fields and and it can also be used for crowd and vehicle control.
Seven City Employees were recognized with Employee Service Awards for between 15 and 30 years of service. Those honored were Michael Osborn (30 years), Charles S. Carpenter (20 years), Aaron L. Cohen (15 years), Anthony S. Floyd (15 years), Paula J. Glasscock (15 years), Michelle A. Leonard (15) years and Leon Rogers (15) years.
Three of the employees were present and received a certificate by a City Council member and their history was read as well. A brief synopsis for each of the four honorees not there was also read. 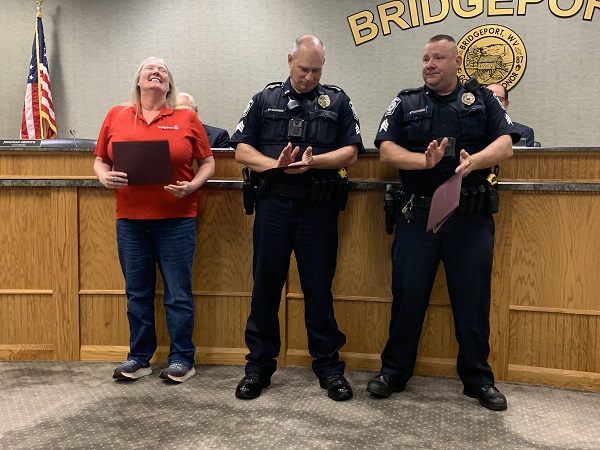 The city’s Safety and Facilities Manager Shawn Newbrough provided a department report to Council.
While talking about workers compensation numbers, Newbrough said since July of 22 the City has had 0 reportable injuries, two minor injuries and five near misses.
Newbrough said when claims are broken down by injury type for the past year, the three most common are muscle strains or tears, lacerations and contusions.
Newbrough also said that his department is also currently updating the city’s safety manual which has not been updated since 1999.
Another highlight of his report was the adding of building management to the city’s GIS system.
“Each city-owned building is highlighted in the map,” Newbrough said. “Anyone with access to the GIS system can click on a building and see the options for that building.”
Under unfinished business there second readings of three ordinances that were unanimously approved during their first readings at the Aug. 23 Council meeting.
The first of the ordinances give the final okay to appoint a deputy fire chief as opposed to testing one through the previous Fire Civil Service process. The city has had the ability to do that as approved by the Home Rule provision it submitted years ago but did not act on.
City Manager Brian Newton, Fire Chief Phil Hart and the city’s human resources will discuss the appointment now with Newton making the final decision.
Under the new method, an outsider could be appointed as deputy chief but Newton has previously said that there is no intention of going outside the City Fire Department to fill the position. 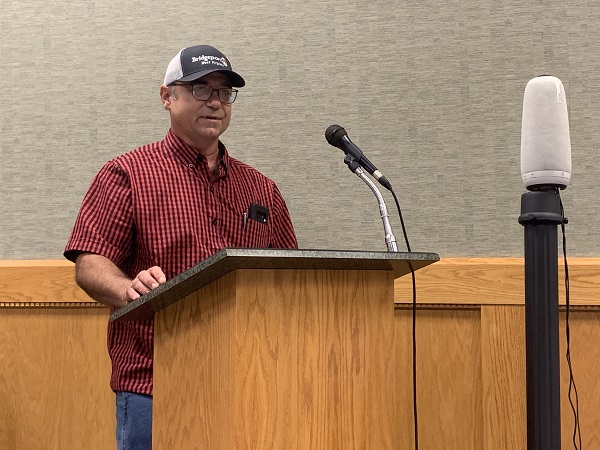 The second ordinance centers around making the demolition of structures in the city an easier process.
Council also approved the final reading of an ordinance that would authorize the sale of a building owned by the Bridgeport Building Commission through a public auction. The building is located at Charles Pointe and is the home of the Greater Bridgeport Convention & Visitors Bureau.
It is located at 100 Marketplace Drive and the two-story building has more than 20,000 square feet.
Currently the CVB is the only occupant in the building but Fairmont State and the Mountain East Conference previously shared the space with the CVB.
The CVB’s Board of Directors and the Building Commission had previously agreed to the auction but Newton informed Council at the Aug. 23 meeting that state law requires a public auction.
Council also approved the reappointment of Drew Pomeroy to the Bridgeport Development Authority for a three-year term that will run from Oct. 1, 2022 to Sept. 30, 2025. 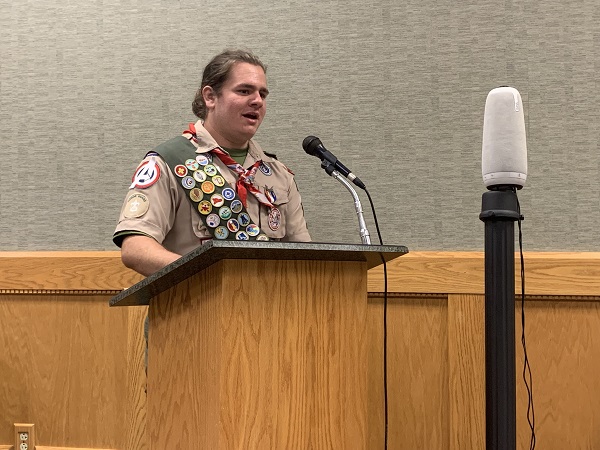 In the time set aside for public comment, Bridgeport High School senior and Eagle Scout with Bridgeport Troop 40, Brady Hosaflook, provided Council with an update on the three boxes he constructed last year as part of his Eagle project where tattered U.S. flags could be properly discarded.
“Yesterday was the anniversary of my Eagle project where I put flag deposit boxes around Bridgeport at the Veterans Memorial, the American Legion and outside City Hall,” Hosaflook said. “Ever since we’ve put the boxes down we haven’t kept an exact count but by my estimated opinion we are from around 500 to 800 flags the last year.”
Prior to the start of Monday’s meeting, Father Walt of All Saints Catholic Church provided the invocation, which was followed by the Pledge of Allegiance.
The next scheduled regular meeting for Council will be Sept. 26.
Editor's Note: Top photo shows Shuttleworth discussing the new portable fencing for The Bridge Sports Complex. In the second photo, Michelle Leonard, Anthony Floyd and Charles Carpenter are shown after receiving their Employee Service Awards. Third photo is of Newbrough and bottom photo is of Hosaflook.