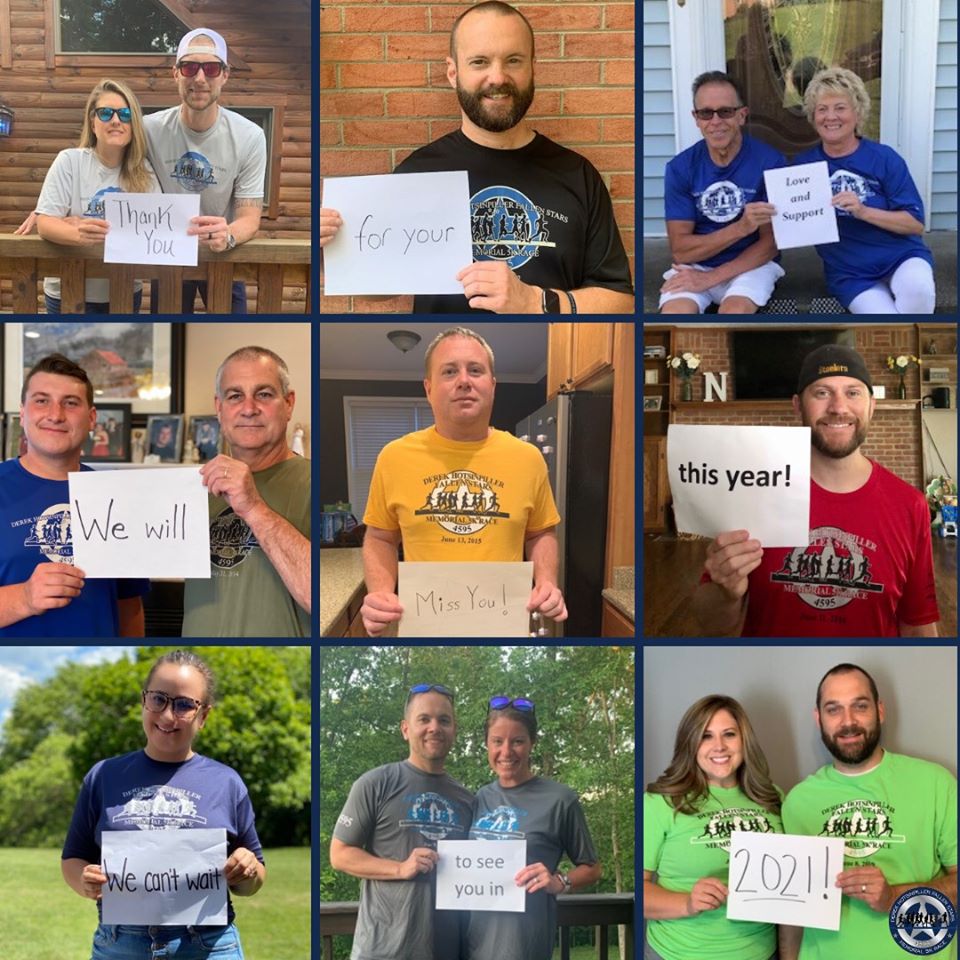 On its 10th anniversary - a year when organizers hoped to draw a record crowd -  the Derek Hotsinpiller Fallen Stars 5K went virtual due to the COVID-19 pandemic. Though hundreds of runners and walkers did not gather at Bridgeport City Park, hundreds still participated.
Ashley Hotsinpiller, sister-in-law of the late U.S. Deputy Marshal Derek Hotsinpiller for whom the race was named and pays tribute, said she and her husband U.S. Marshal Dustin Hotsinpiller, his mom Pam Hotsinpiller and the rest of the family has been very touched and uplifted by race partcipants who ran and walked a 5K course this past weekend. Many of them sent pictures and videos to commemorate the walk to pay tribute to DUSM Hotsinpiller and convey their avid support to law enforcemers everywhere.
On Thursday and Friday of last week, race T-shirts were distributed in person to locals and mailed to others throughout the country.
The total registration for the July 13 race was 442 participants, Ashley Hotsinpiller said.
“We are very happy we had this amount of people go out and run, send messages and reach out to us,” she said. “People shared personal and private messages, too, outside of Facebook. That’s all very heartfelt and heartwarming.”
There were even some surprises.
“Some took it upon themselves to organize little groups, so that was very cool, too,” Hotsinpiller said.
Among those groups was one that met early Saturday morning and ran the regular Fallen Stars 5K course in Bridgeport. In Glynco, Ga., a class of the Federal Law Enforcement Training Center assembled and completed the race together.
“We didn’t know that was going to happen,” Hotsinpiller said.
Runners/walkers from Florida, Georgia, California, Virginia, Pennsylvania, North Carolina, Michigan, Texas, Illinois, Idaho,, Arkansas, Texas, Arizona, Puerto Rico and even Europe participated.
The race is a fundraiser for the James and Derek Hotsinpiller Memorial Scholarship which is annually presented to high school and college students who are studying the fields of criminal justice, social sciences and related fields.
The race will be back for 2021, bigger than ever, the Hotsinpillers said. They send their sincere appreciation to everyone who supported this year's virtual event. See a gallery of photos below, as well as an introductory video which was shared to participants of virtual race around the globe.