For years, the former Bridgeport Firefighter has been known as Fireman Phil. He’s also seen volunteering throughout the community and in 2016 was recognized for those efforts as he was named Benedum Fellow, a former Bridgeport recognition inspired by the memory and character of community benefactor Michael Benedum.
Now Dye – sporting his safety yellow – is cross guard at Simpson Elementary. The position is staffed by Bridgeport Police Department. It is one they take seriously, said Police Officer Bart Sayers. He said Dye is ideal for the position.
“He is a former Bridgeport firefighter and as a first responder, he’s done a lot of traffic control in his time and that gives him a leg up knowing what to do,” Sayers said. “Especially since he’s working a busy street - Worthington Drive - rather than a parking lot, that experience is valuable.” 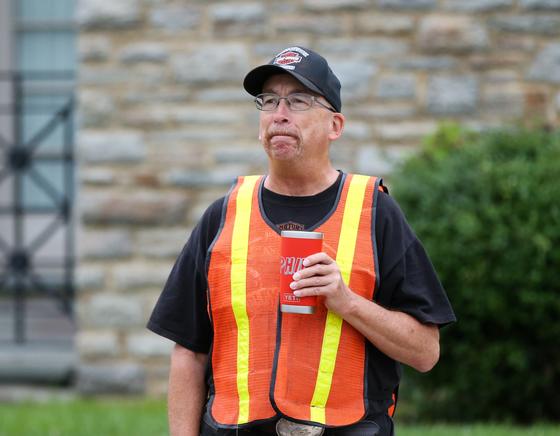 Stationed on Worthington Drive, just in front of Simpson Elementary prior to school start and dismissal time, Dye takes care of traffic flow and oversees fifth grade school patrol members in safely crossing students and parents.
And though safety is the primary reason the school utilizes an adult cross guard, it's also good to have a constant friendly face – someone who is concerned with the overall wellbeing of the students – to greet them daily, parents said.
Dye started as SES cross guard just before the 2018 Christmas holiday break. Shirley Atha, who had previously filled the position, had given it up due to personal reasons. Dye said he was asked by Jimmy Smith, director of city personnel, if he was interested. He said he was; that it fit in very well with his daily routine. 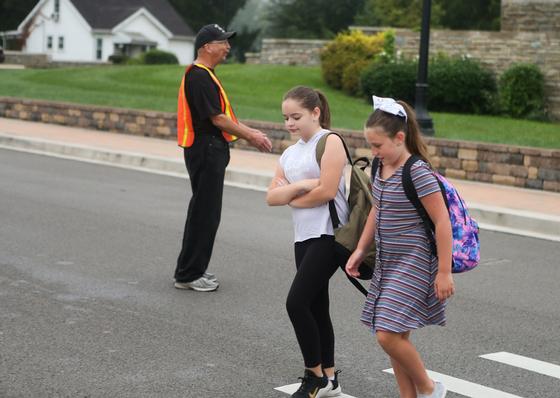 “I’ve always been an early riser and I’m out every day on a morning walk – almost close to that neighborhood,” Dye said. “And it couldn’t get any simpler – making sure students cross safely and get to the other side.”
He works approximately two hours per day and said he has enjoyed it immensely.
“It gets me going in the morning and being around people,” he said. “Kids have a way of getting you going for the day. It’s my social life.”
Dye serves regardless of the weather, but he’s used to that. He also works part-time as a confined space standby at Antero Resources’ Clearwater Facility in Doddridge County, which cleanses fracking water so it can safely be reused.
“It’s a seven-story structure with no roof and no walls; an industrial plant made of metal, so the only time we shut down is when there is lightning,” Dye said. “But in rain, snow, sleet or extreme heat or cold, we work.” 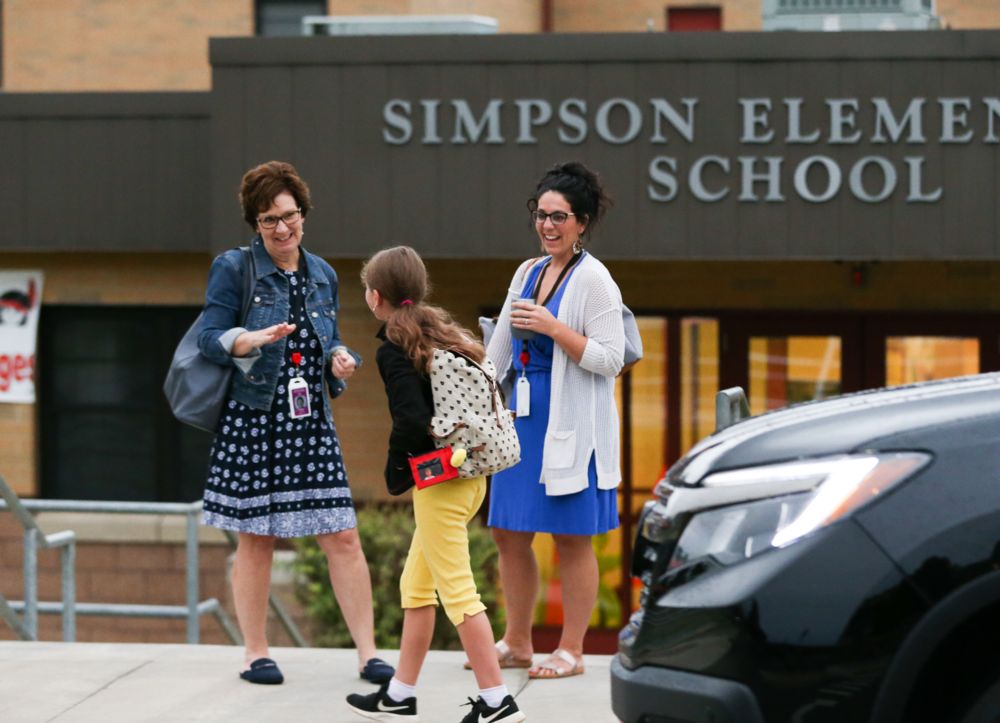 Dye also works occasionally for Ford Funeral Home. He had 25 years in with Bridgeport Fire Department when he retired in 2014.
Though he has worn many hats here in Bridgeport, Dye claims to just be a “simple man in a small town.”
Area residents, including children, have come up with other names for the former fireman – who when not on foot, can be seen riding his motorcyle. He’s been called “Phil Dye the Fire Guy” and “Phil Dye the Harley Guy.” He admits in recent months he has also been referred to as “Phil Dye the Crossing Guard Guy.”
As is life, all his part-time gigs are good, Dye said.
“If you like what you’re doing, that’s half the battle,” he said.
Editor's Note: Photos by Joey Signorelli of Ben Queen Photography.