By Connect-Bridgeport Staff on September 02, 2022

Gov. Jim Justice announced today that he has appointed Victor L. Gabriel and Dr. Christopher A. Stansbury to the West Virginia State Board of Education.
“Both of these men are extremely qualified to fill these roles,” said Gov. Justice. “I know their hearts are in the right place, and I know they 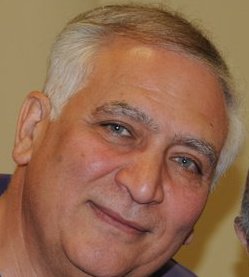 care about our kids and making sure we continue to provide the best environment for success.”
Gabriel will fill the seat vacated by Tom Campbell, following his resignation from the board. He will complete Campbell’s term, which is set to expire in November 2030.
Mr. Gabriel graduated from Fairmont State University and holds a Masters Degree from West Virginia University. He taught school in Harrison County for eleven years and was transferred to the central office in 1983. He served in numerous positions while in the administration and retired as an assistant superintendent in charge of support services. He was appointed to the WV School Building Authority and has served in that position for twelve years. He has also served on the board of directors of the Harrison County YMCA. He currently resides in Bridgeport.
Dr. Stansbury will fill the seat vacated by Miller Hall, following his resignation from the board. He will complete Hall’s term, which is set to expire in November 2028.
Dr. Stansbury is a Charleston native and a graduate of West Virginia University and the Southern College of Optometry. He is a co-founder and partner at West Virginia Eye Consultants, an optometry/ophthalmology group based in Charleston with 6 locations that serve southern West Virginia and the tri-state area. Dr. Stansbury served in the West Virginia House of Delegates from 2014-16 where he was the Vice Chair of the Select Committee on Prevention and Treatment of Substance Abuse. He currently resides in Charleston with his wife Amber, and their two boys, Grant and Reed.
.