Time Travel: Rewinding to "Young" Members of Staff at Reep Graphics; Eisenhower at The Greenbrier 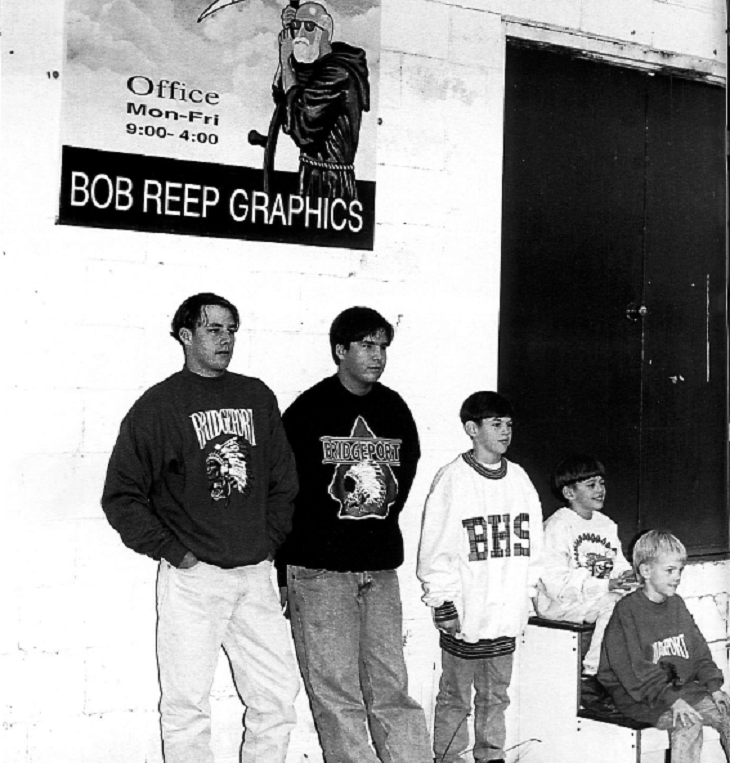 This rewind comes courtesy of the 1995 Ki-Cu-Wa Bridgeport High School yearbook and shows some familiar faces that had ties - on the family side - to Bob Reep Graphics. This is an advertisement in the yearbook showing, from left, Jason Jeran, Andrew Belcher, Tyler Dodd, Logan Dodd and Cole Dodd. 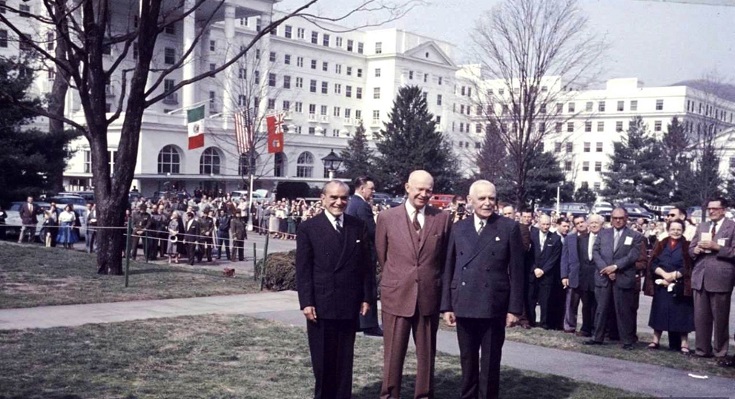 This photo is from 1956 at is at the famous Greenbrier Resort. In the middle is President Dwight Eisenhower surrounded by other world leaders at the North American Conference that held there that year.
Editor's Note: This ongoing photo feature of pictures from Bridgeport and throughout the Mountain State is part of local historian Richard "Dick" Duez's collection. Duez, the unofficial historian of Bridgeport, would appreciate any scanned photos emailed to him for use here or to include in his ongoing efforts to preserve local history. You can email photos, or let him know how to acquire copies of photos you may have in your possession, to Duez at dick.do@frontier.com.