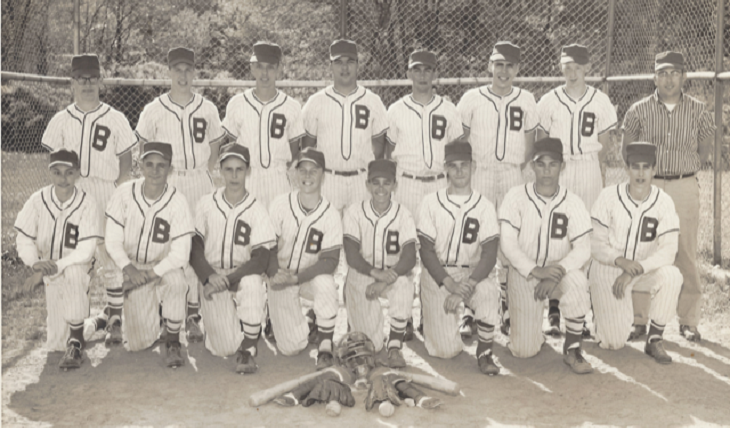 While some know, a lot of people don't recall that legendary Bridgeport High School football Coach Wayne Jamison didn't always limit his duties to the football sideline. This photo, date unknown, shows the late coach with a Bridgeport baseball team. If anyone knows the date or anyone in the photo, please add to the comment section below. 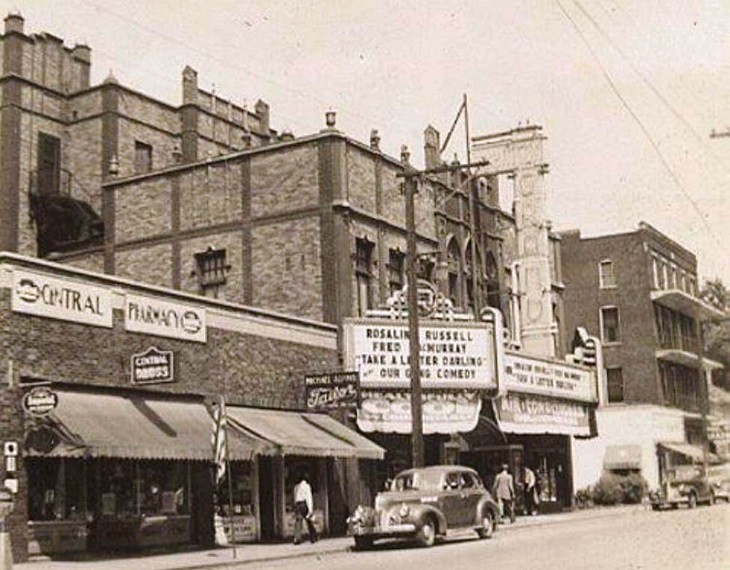 The Robinson Grand is frequently in the news these days, but it was a mainstay for decades in downtown Clarksburg. In this photo, business can be seen thriving around the Robinson Grand. The photo is likely from 1942, which is the date that the movie advertised, "Take a Letter, Darling," is shown. Fred MacMurry and Rosalind Russell starred in it. And at the bottom, the opening show is the famous "Our Gang Comedy." Does  anyone recognize any of the businesses?
Editor's Note: This ongoing photo feature of pictures from Bridgeport and throughout the Mountain State is part of local historian Richard "Dick" Duez's collection. Duez, the unofficial historian of Bridgeport, would appreciate any scanned photos emailed to him for use here or to include in his ongoing efforts to preserve local history. You can email photos, or let him know how to acquire copies of photos you may have in your possession, to Duez at dick.do@frontier.com.