At the recent meeting of Bridgeport Rotary, I shared a synopsis of 2020 here in Bridgeport. I scrolled through stories and picked out some highlights. If ever there was a year when Forrest Gump was right, it was 2020. Life is indeed like a box of chocolates. You never know what you’re going to get.
We started the year with a Bridgeport High School basketball win over Fairmont Senior, followed shortly by a small fire at BHS. 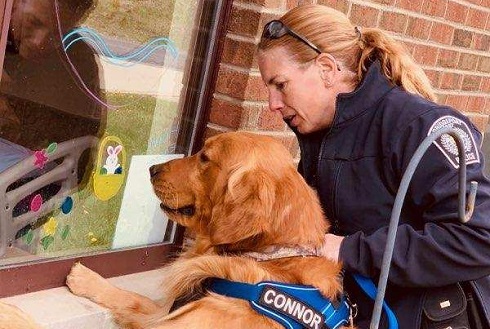 Walgreens moved into the longtime Rite Aid building on West Main Street. As January continued, the legendary Pete Dye passed at age 94 and Bridgeport’s own Robert Matheny was appointed to the National White-Collar Crime Center Board. Almost Heaven barn opened as the area’s newest event venues. Connor the Golden Retriever joined the Bridgeport Police Department.
As February rolled around, Bridgeport Rotary hosted its annual Wellness Testing at Bridgeport Middle School and the community rallied behind BHS graduate and athlete Hunter Mann in his fight with leukemia. The Bridgeport PD was again featured in the news as it was featured in the JC Films’ movie, “Dispatched.” The 2020 Holly Ball raised money for United Hospital Center’s new Women’s Center and Bridgeport was named by USA Today among top 25 places to live in the U.S. 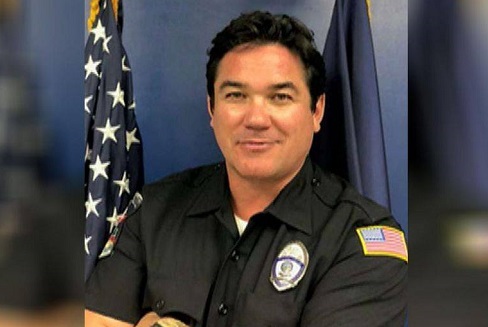 Shortly thereafter, an ambulance crashed into UHC.
March entered on a “normal” note with big plans in action. The Lady Indians basketball team was at the state championships and the first fundraiser for the Melinda Lindsey scholarship fund was announced. Neither took place as COVID made its local debut. The City issued a statement on the virus and offered safety tips a day before a grand larceny suspect wearing a “Bacon T-shirt” was identified and arrested. Chase Riggs was named WVU student body president and public schools were closed due to COVID.
Original Italian Pizza opened its doors on West Main Street, after which many restaurants shut their doors or catered to quarantined customers. Governor Jim Justice held the first COVID press conference as more businesses shut down – gyms and rec facilities, included. 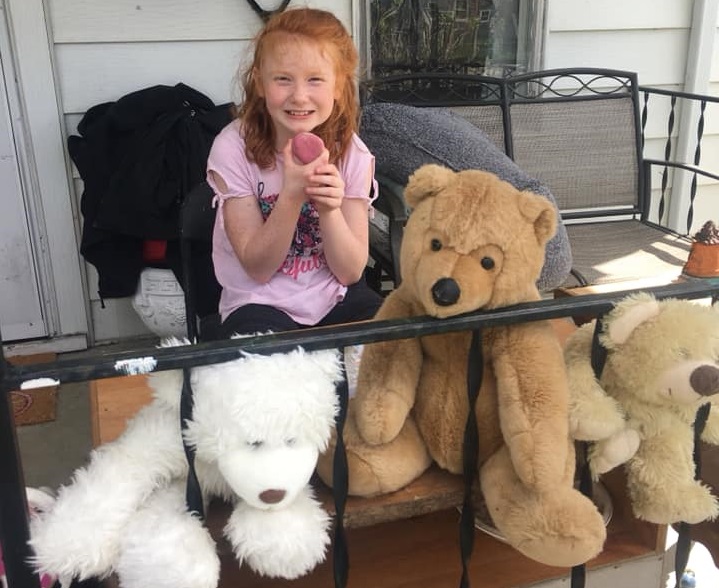 The very first COVID case was reported in West Virginia as the disease took control of headlines with endless cancellations and closures. With children learning home, teachers got creative, sharing lessons via video. Some shared them through Connect-Bridgeport.
Mountaineer Nation spread joy with a rendition of “Country Roads.” Our readers shared inspirational photos and colorful pictures went up in windows. Residents organized events like the Neighborhood Bear Hunt to give families something fun to do. One resident had an exclusive find: He spotted a coyote just off Philadelphia Avenue.
The Eastpointe K-Mart building was demolished with the announcement that Super Kroger would be built in the spot. Community unity continued as people stepped up to make and donate face masks. The Associated Businesses of Bridgeport Summer Kickoff was canceled and the Hotsinpiller FallenStars 5K went virtual.
Local musicians including Stephen Pishner,Greg Harrison and DJ Ed Morrison took their music to new levels, finding ways to 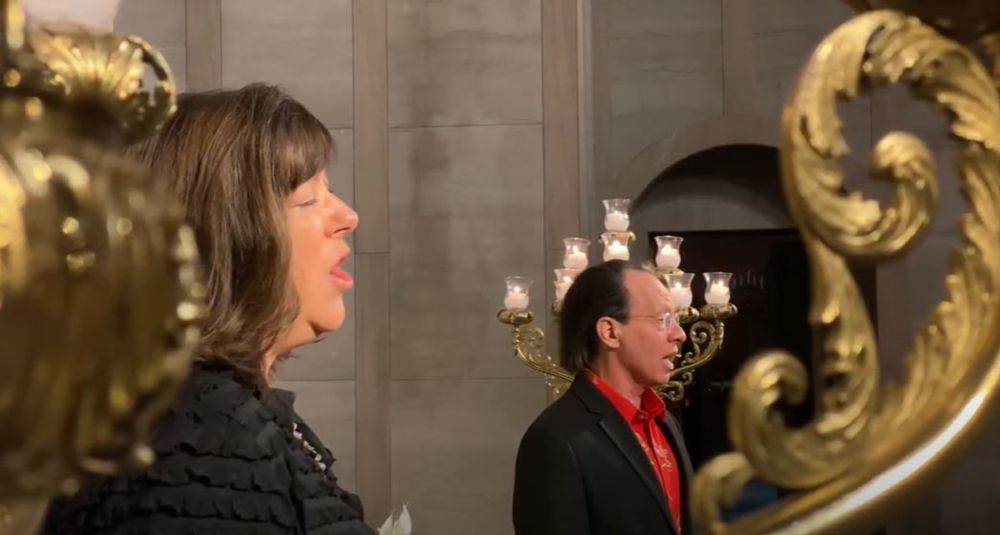 reach ears and uplift. The 167th Airlift Wing honored healthcare workers with a local flyover. The BHS gradation took on a new format, but it did take place on Wayne Jamison Field. The North Central West Virginia Airport got a greenlight for the new terminal.
Bridgeport Pool didn’t open for the summer, but the city issued $500,000 in building permits for private pools. Actor Dean Cain made another visit to the city, this time to visit and pay tribute to police and other first responders. “The Square” shopping center continued upgrades and the George Floyd protest came to Clarksburg.
Bridgeport was named among the safest cities to call home and BHS graduate Carson Winkie continued to gather 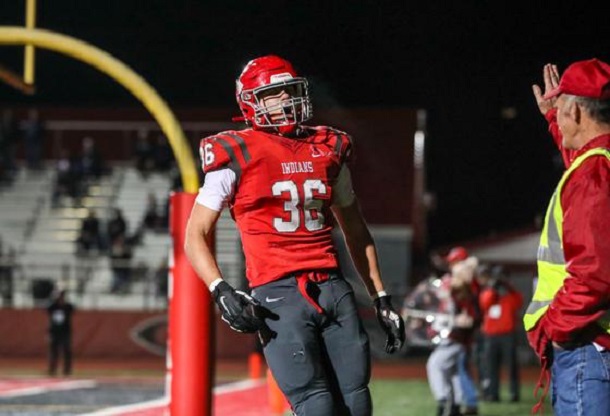 athletic and academic accolades. The Challenger Baseball Leage opening day was quite different as the proud athletes were featured in a parade and the community cheered them on.
The new Indoor Recreation Center was officially named “The Bridge” as construction progressed and the community looked forward to a spring 2021 opening. The 4th of July fireworks and National Night Out were added to the cancellation list and Country Peddler closed its doors after operating on Main Street for decades. Yoga and other fitness classes went outdoors and Bubble World opened at Meadowbrook Mall.
Again, the community supported a BHS graduate and athlete Sami Wilson as she fought kidney disease. Longtime BHS Band Director Randall Hall passed away, as did another locally famous music man, Ed Morrison. Shepherd’s Corner was filling orders faster than donations came in. Residents took action, filling the food 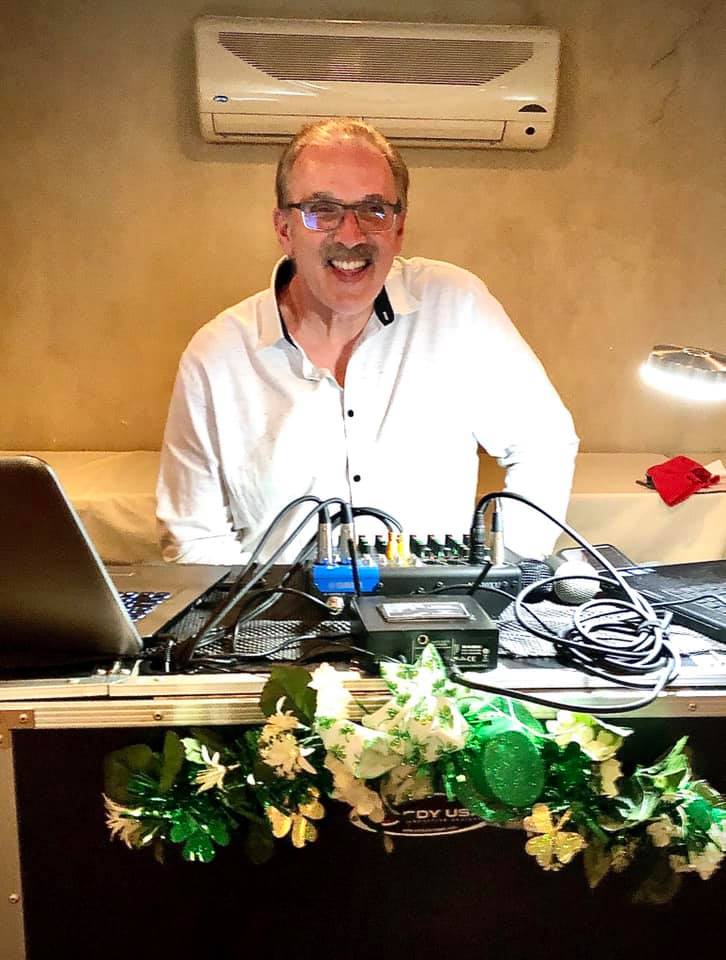 pantry. Some of our residents even went to the rescue of Gary, West Virginia, a community that had been without water for several days following a major line break.
People met to pray at City Park, “Covering the Badge in Prayer.” West Virginia Fruit & Berry launched 304 Mountain Bourbon to note its 25th anniversary. Yet another recent BHS graduate/athlete underwent a heart transplant as the community – once again – offered support. Some Main Street businesses painted uplifting murals on storefronts in an effort to lift passersby.
On an upgraded Wayne Jamison Field with very limited fans, BHS won its first game of the season 63-0 over Liberty. The state COVID color system was adopted and would be followed to determine if school was in-person or virtual. Clarksburg City Councilman Jimmy Malfregeot was shot and his shooter was apprehended at the Exxon station at Saltwell.
Compton Bowling Lanes closed its doors and Bridgeport resident and longtime owner Gene Compton shared memories. Healthy Harrison proposed “The Health Games,” a competition between local cities to develop a plan for a healthier community. Bridgeport ultimately won.
During a year when people needed to look up, Insight Astronomy hosted free moon and star gazing evets. The new Edge of Town Market welcomed guests for hay wagon rides and sold items to spruce up autumn. Businesses created and displayed scarecrows; Hearing Solution’s SpongeBob taking top honors.
The NBA continued play, but in a COVID bubble. Bridgeport’s Chris Cunanan, manager of game entertainment for the Lakers, included. Eagle Scout Matthew Shuttleworth brought a new 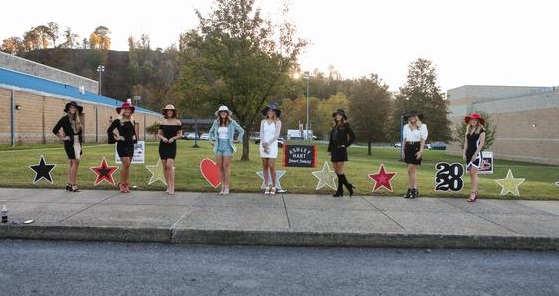 game to town – GaGa Ball at City Park. Bridgeport Parks and Recreation hosted its first Boo-Thru as its annual Hay Bales & Tall Tales could not take place.
BHS went forward with Homecoming, but the parade was a reverse one. Ashley Hart was named Homecoming queen. BHS alums Dante Bonamico and Dylan Tonkery continued their WVU football careers with impressive performances.
Former Bridgeport City Manager Kim Haws was named Morgantown City Manager and the BHS Cheer Team won the Big 10. It was announced there would be no Bridgeport Christmas parade and Light Up Night - named by many residents as the 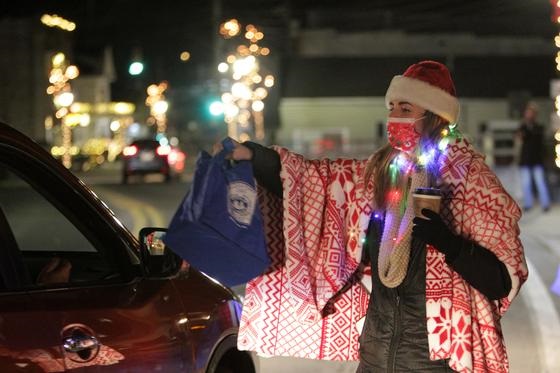 magical highlight of the year in or city - took on a different format. Celebrity Dean Cain lit the tree and folks watched on WDTV or via the internet. Afterwards, folks took in the holiday sights and sounds by driving along the Main Street Corridor. Residents also got into the spirit by decorating their homes early for the holiday season. Thus, Light Up Our City was born.
It was announced that longtime Cubby’s daycare would be making a major expansion. Zack Arnold and Ben Queen were named Young Guns by WV Executive Magazine and Sew What opened its doors on Main Street.
The COVID vaccine arrived in West Virginia and we learned the sad news that Genevieve

Musci, also known as Gramma of Gramma & Ginga had passed away. We also found out that Hobby Lobby would be coming to the old Kroger building, creating some pre-Christmas cheer among the area’s creative residents.
I was honored to speak at the Jan. 12 meeting of this active, ambitious civic group under the dynamic leadership of Brad Ford. Some exciting upcoming projects – including a Souper Bowl Fundraiser for Shepherd Corner and the community-wide implementation of an All-Inclusive Playground/Park in the city. Learn more HERE.