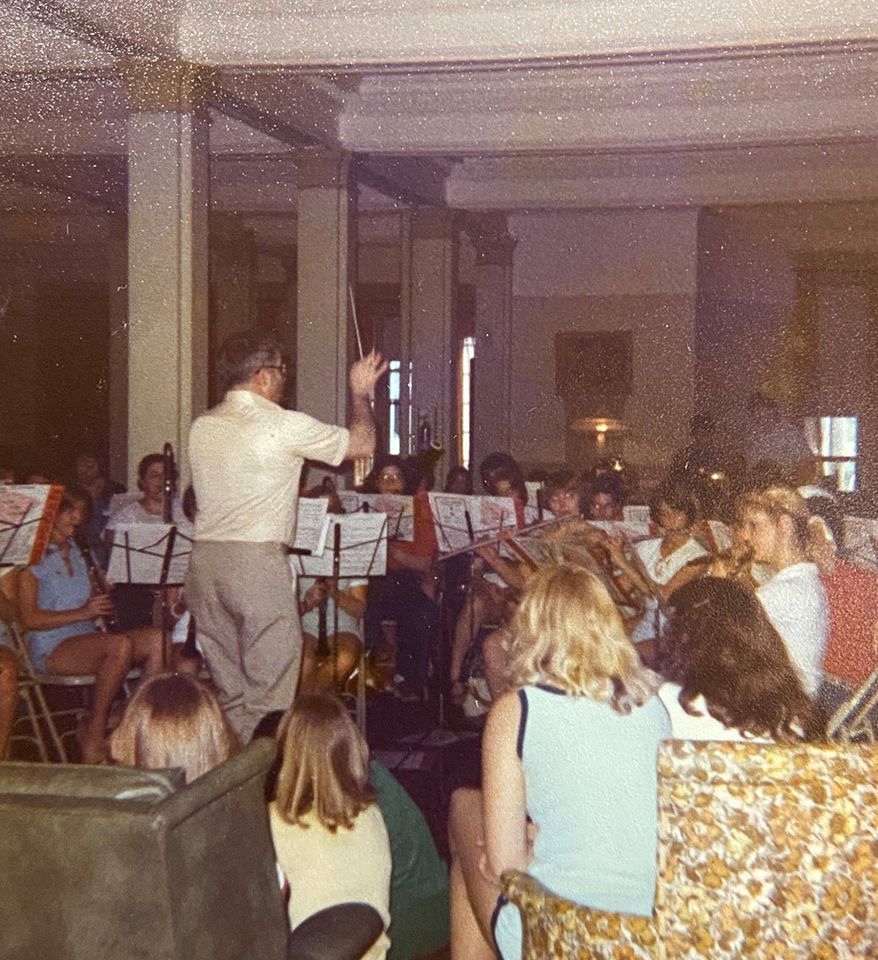 The name Randall Hall brings to my mind a smiling band director. Baton in hand, he taps it on a metal music stand in perfect rhythm. He can play any instrument handed to him, but particularly shines when playing the clarinet. He has a quick walk step and can whip out a tube of Chapstick from his pocket in swift style, running it across his lips between words.
It has been more than 40 years since Mr. Hall was my high school band director at Bridgeport High School, but these memories are vivid.
That’s because he was a memorable guy. I was sad to find out Tuesday that after a bad fall, he had sustained serious injuries and subsequently passed away. Facebook was immediately flooded with tributes from hundreds of his former students, both at BHS and at Bandland in Clarksburg, where he taught for several years.
I played clarinet under Mr. Hall’s instruction all three years of high school and as a 9th grader at Bridgeport Junior High, I marched with the high school band during football season. That was my first experience with the legendary director.
I was never too serious about playing the clarinet. Well, maybe in my younger years, but as I went into Junior High, I stuck with it so I could try out for the majorette line. There was a day when you had to play an instrument to part of the frontline. By the time I got to high school, the rule no longer stuck, but I

kind of was. I was already part of the high school band and it would certainly be frowned upon to quit.
After making majorette, I played clarinet during concert season, but did my twirling thing during football and parade season.
My first year of high school band camp was held at Camp Caesar in Webster County. We practiced in a field of goldenrod and ragweed. I was highly allergic to both. I remember Mr. Hall dismissing me and sending me back to my room.
We subsequently attended band camp at Davis & Elkins College. It was on our final day in August of 1977 when we learned about the death of Elvis Presley. I was wearing a blue terry cloth shorts set, sitting on the steps of the campus and holding a teddy bear my boyfriend had won at the Fireman’s Fair.
It was on a band bus trip to Oakland, Md. for the Autumn Glory Festival Parade that I first started “talking” to a cute,
curly-headed trombone player named Jeff. He later became my husband.
We got to introduce some of our kids to Mr. Hall In recent years. We often ran into him on Sundays at the Sunset Ellis Restaurant in Shinnston, where our former band director founded the Shinnston Community Band and became somewhat of a legend.
In addition to a dynamite band director, he was a celebrated musician and belonged to various bands throughout the years, contributing his clarinet and saxophone talents. I’ve heard several noted musicians – including Terry Hotsinpiller, Phil Wyatt, Bob Workman, Mike Hess and Anthony Ellis, among many others – sing his praises. 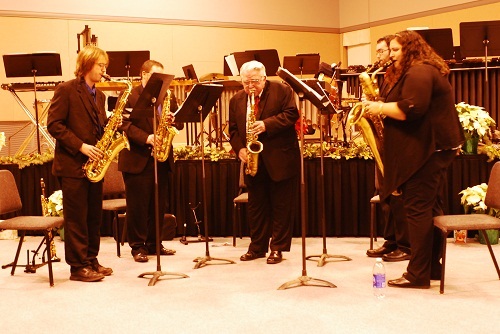 I was also in contact with Mr. Hall in latter years through the BHS Alumni Band. It was Hess who instigated the reunion several years ago. It was great to see some familiar faces and march together once again. Mr. Hall was among the most enthusiastic about it all. At our first practice, he asked me where Jeff was and why he wasn’t playing.
"Jeff said he doesn't remember how to play the trombone," I told Mr. Hall. "And do you what I told him? I said he should just fake it like I did all those years.in high school.”
I’ll never forget how he threw his head back and laughed. 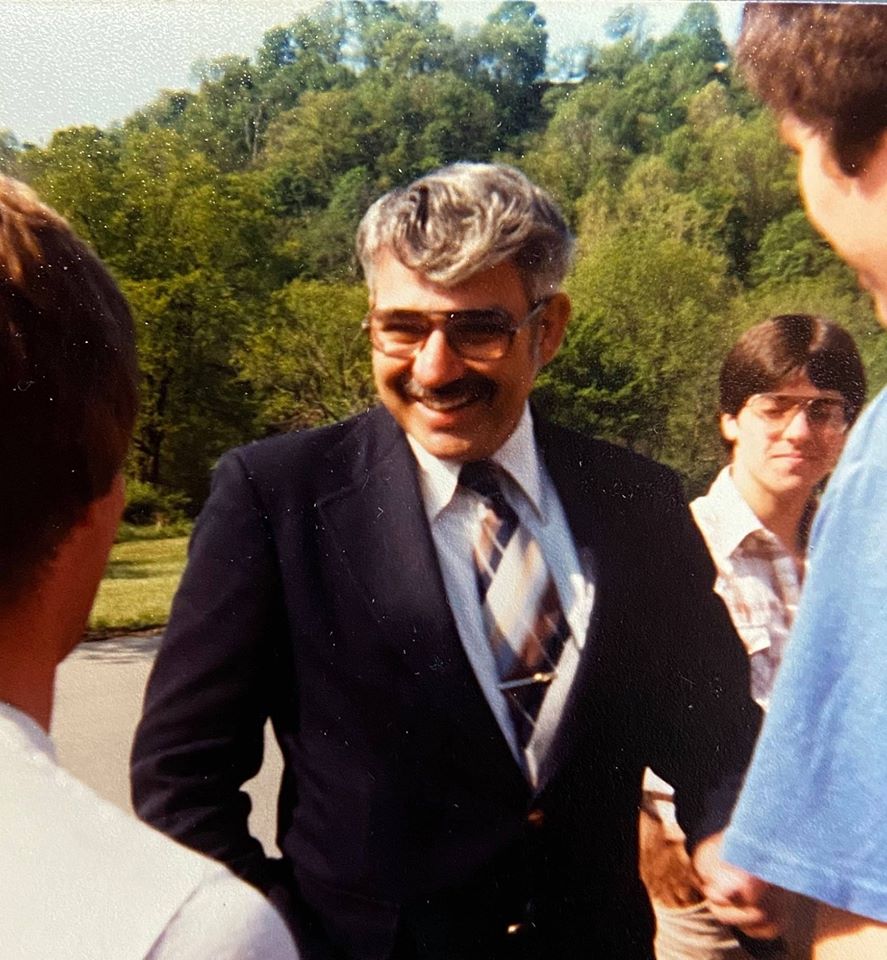 It was around that time I decided that I didn’t want to wait until after Mr. Hall passed to write about all his accomplishments and how he has touched countless musicians. I contacted him and wrote the 2013 article, "Randall Hall Continues to be a Class Act," which can be found HERE.
We stayed in touch and he often told me about his projects which I shared.
Strike Up the Band: It's Going to be Randall Hall Day:
Randall Hall Makes Appearance with "2nd Street Band"
Music of Randall Hall to be Featured at Local Venues
I think I can speak on behalf of my former fellow band members when I say there was something very special about Randall Hall. He lived his passion and inspired it in others through a vibrant personality, understanding and love for people. It was our honor to have you and your song in our lives.
Read Mr. Hall's obituary HERE. 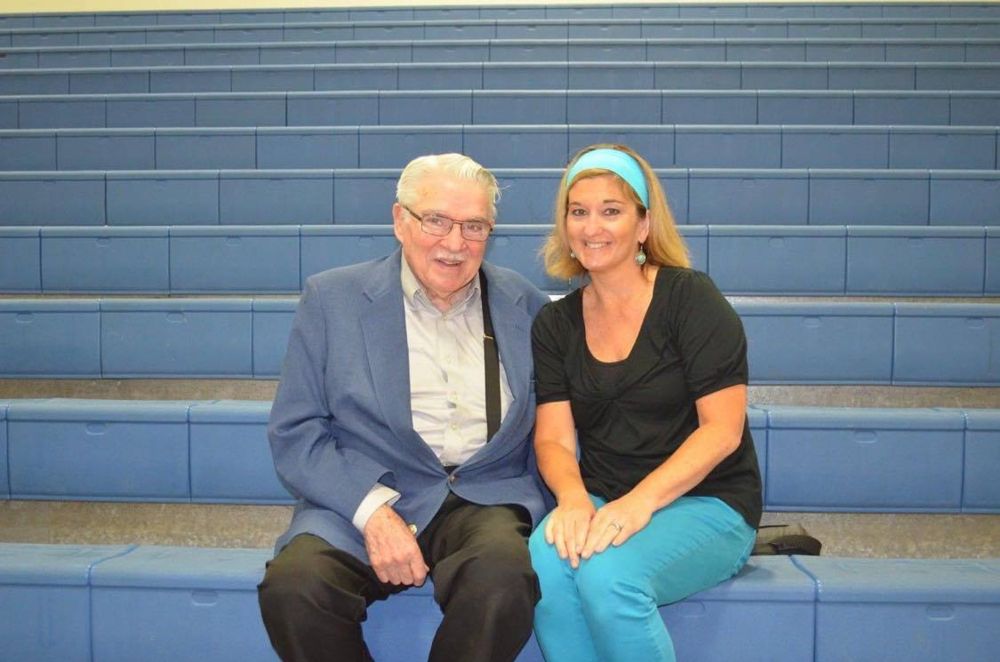 Photos are courtesy of  Randall Hall, the BHS Ki Ku Wa Yearbook and the Friends of Randall Hall Facebook page, established by Mike Hess where everyone is invited to share their memories of this special music man.