It's Happening: Standing Behind the Indians

We have a stack of Bridgeport High School yearbooks at home, spanning years from 1976 to 2018. My husband Jeff and I, as well as our 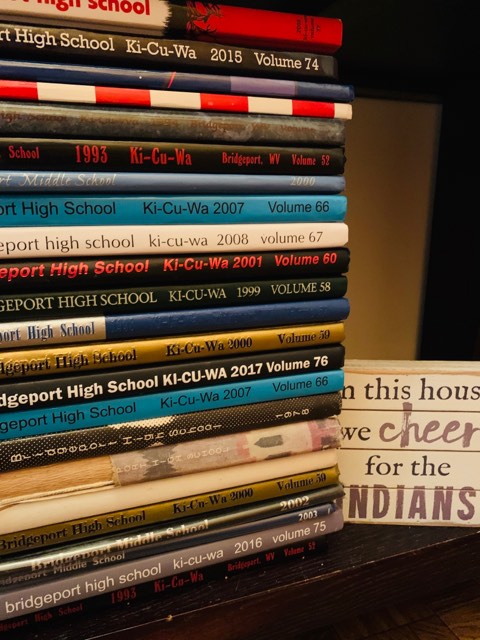 four children, all graduated from BHS after attending Bridgeport Junior High/Middle School and Simpson Elementary.
That’s a lot of combined memories of Bridgeport athletics. Jeff and both of our boys played sports. Between them, they represented the football, baseball and basketball teams. Both my girls cheered on the Braves and/or Indians and they swam for the Tribe. I was in the band, so I marched and played at several sporting events.
With our own classmates and team members – as well as those of our kids, nieces and nephews – we have witnessed oblivion through victory; the tears of happiness, hugs and pride for our alma mater. We have also witnessed some heartbreaking losses, but those instances also ended with tears, hugs and pride. We see the hard work and dedication that goes into these athletic endeavors. We know how important it is to our Tribe athletes that they give their very best performances. When you try like that, you don’t lose – no matter what. You learn the importance of teamwork and perseverance. It’s a lesson to carry with you throughout your lives.
We’re fortunate to have such a good work ethic here in Bridgeport. We’re also fortunate to have so much support; a Tribe of people who stand behind our teams through thick and thin.
As of the time of this writing, the BHS football team is en route to Wheeling Island for the Class AA championship game against Bluefield. Anything is possible. But – no matter what – Indians, we love you and we’re ready to shed some tears and embrace the experience – and you.
Also at my house – on the very same entry table as our collection of Ki-Ku-Wa yearbooks, is a little wooden sign given to us by my sister. It reads: “In this house, we cheer for the Indians.”
I’m sure I can say the same for all of you.
I leave you with a poem which Marilyn Cole, wife of Coach John Cole, and her friend Kathy shared with me at Light Up Night. I don’t know who wrote it, but they hit the nail on the head.
UPDATE: I've since learned that Debbie Nelson wrote the following poem. It will certainly stand the test of time. 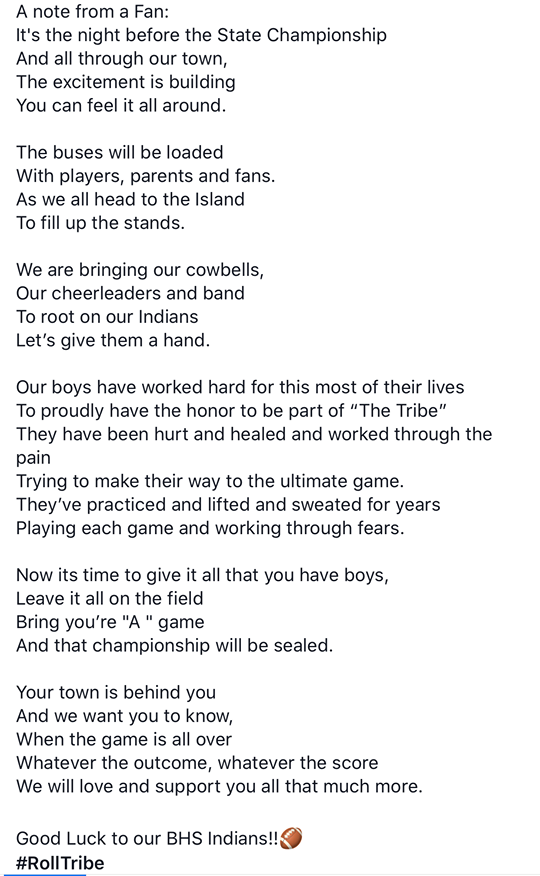