It's Happening: The Background and Ministry of Jason Campbell 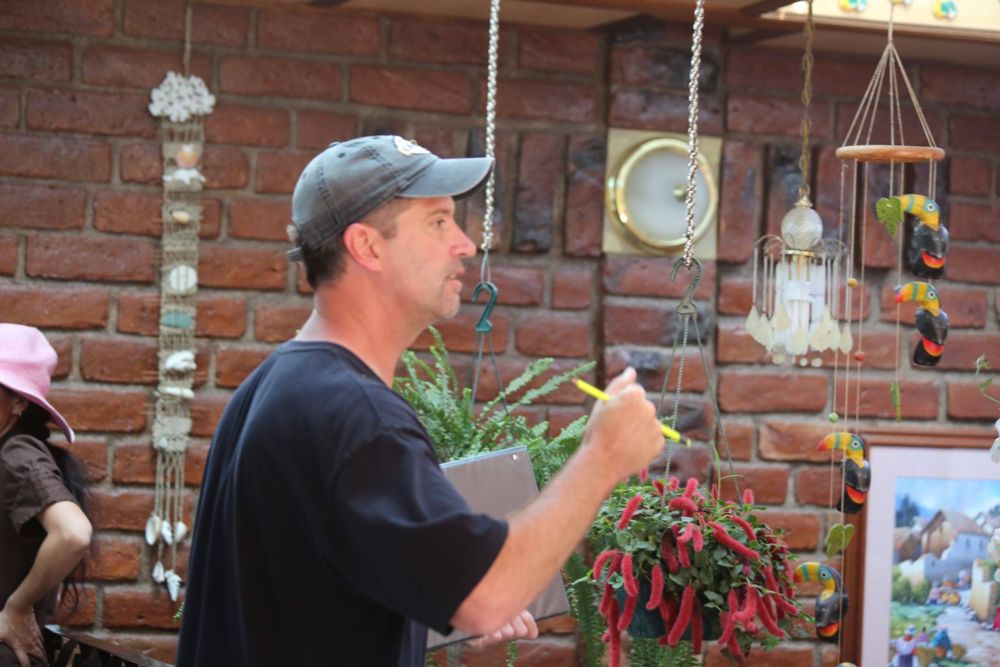 For just about a year, locals have heard a lot about JC Films. The faith-based company is about to film its fourth movie project right here in our city. The local auditions, shooting and appearances by TV “Superman” Dean Cain – who has popped up in area businesses to film scenes for the various movie projects – has caused much excitement. It has also all raised some questions. How did this all come to be?
Well, I recently sat down with JC Films President Jason Campbell and learned some very interesting background about him and his company.
Keep in mind, I’ve had many conversations with Campbell over recent months, but I had to literally pull some of this information out of him. He’s quite an 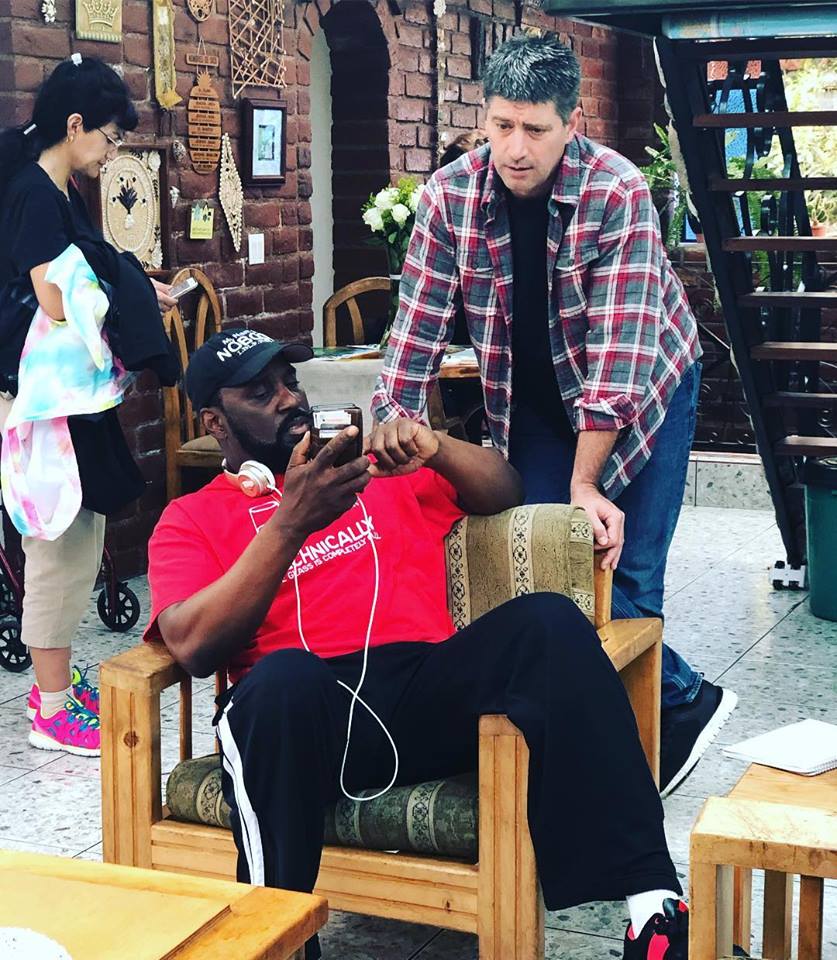 accomplished individual, but also a very humble one.
He grew up in Lynchburg, Va. about a half mile from the Thomas Road Baptist Church, a megachurch founded and pastored by Southern Baptist televangelist and conservative activist Jerry Falwell.
When the doors of the church were open, he and his family were there. He was raised in a very ministry-oriented environment and in a community where many were called into the ministry at a very young age.
Campbell was called into a ministry; not to preach, per se, but through a gospel-sharing field which has evolved through the years.
After graduating from high school, he studied business management at Liberty University in Lynchburg. It was there where he met and became friends with Vernon Brewer, founder and president of World Help, a Christian humanitarian organization serving physical and spiritual needs of people in impoverished communities around the world.
“I was one of the first employees he brought on and it was my first wakeup to the ministry,” he said. “He was distributing bibles in Russia, Romania and Hungary. I really got the bug for the Christian ministry and evangelism through that organization. I was only about 20 years old and was leading a mission trip. It was a wonderful opportunity and I could see that the world was starving for the gospel.”
With that experience under his belt and seeds planted for a life in the ministry, he received his degree from Liberty University, then put it to good use through the food service business.
At age 22, he opened a restaurant, the first of many. 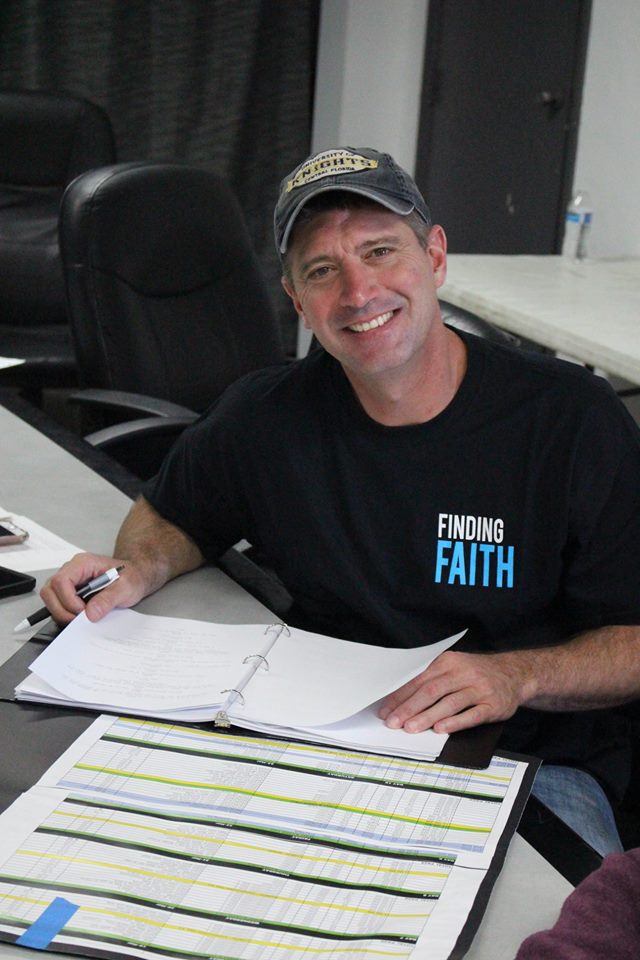 “It seemed like everyone was working in the restaurant business, so I thought why not open my own,” he said.
Campbell owned and operated World Café, an indoor/outdoor eatery with a rock and roll vibe. He went on to open a few pizza restaurants and a steak house. Along the way, he initiated lots of conversation with his dinner patrons, often inquiring about their livelihoods. He heard similar answers from many: that they lobbied in congress and did various other public policy work.
Again, his wheels were turning. Coming from such a conservative hub, having a mind for business and a heart for the advocacy of what is right and true, he delved into yet another opportunity.
“I became intrigued with public policy and engaged in making a difference by believing in something and fighting for it,” he said. “I did a lot of pro-family and pro-life work and enjoyed every minute of it.”
He lobbied in Congress for pro-life groups and did media work on Capitol Hill, including work for the Christian Coalition of America.
“(President Bill) Clinton was in office at the time and I actually interviewed for a job in the executive office of the White House,” Campbell said.
He even threw his hat into the ring to run for a couple of public offices.
“I worked in public policy with anything that dealt with politics, Christianity and family values,” he said. “I pursued that for several years and then everything kind of shifted after 9-11. People’s concerns shifted to a lot of other things.”
The issues on people’s minds were terrorism and national security.
“I saw that shift and was very interested in what a lot of groups were trying to do,” he said. 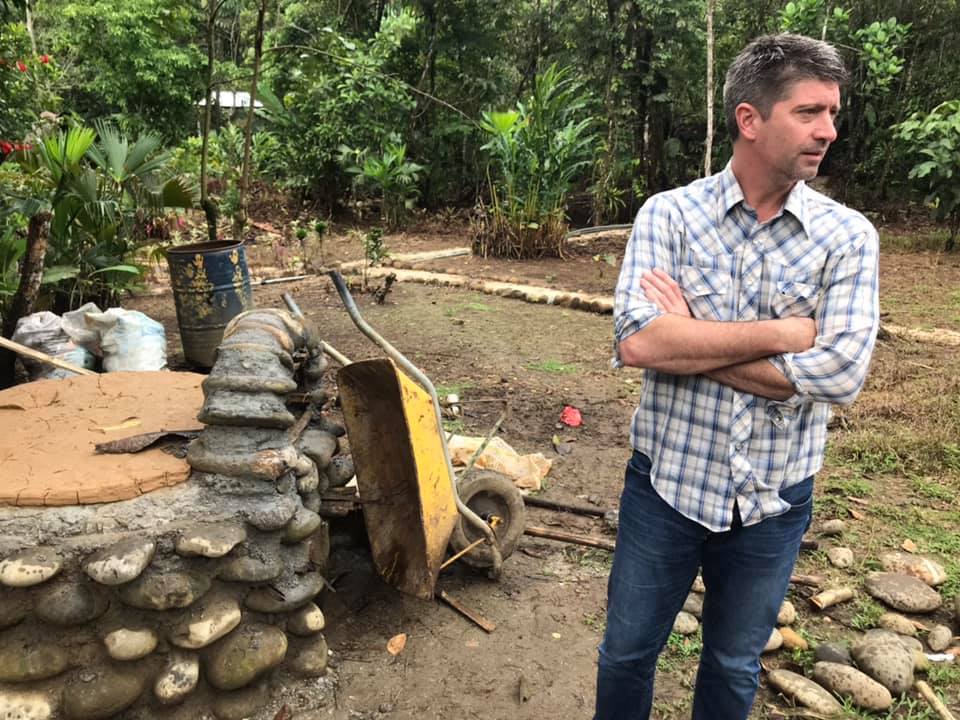 It was at that time that Campbell made his first film: A documentary on radical Islam.
“I filmed it from the perspective of the survivors, family members and first responders of 9-11,” he said. “A lot of it involved a mosque that was being built at Ground Zero.”
Campbell went on to make an international documentary on Islam in Europe, touring over 13 countries and taking an in-depth look at Islam around the world and not just the U.S. He spent a couple of months in Europe.
“It was a very well-funded project. They basically said to do about six months of research and then I was on my own,” he 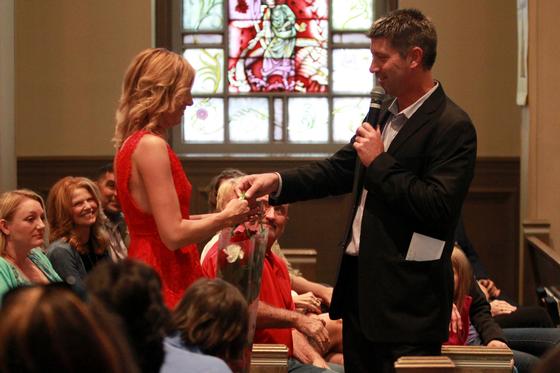 said. “We tackled mostly assimilation to culture. It wasn’t an anti-Islam film by any means, but rather an international perspective. It was the idea that we as Americans were introduced to radical Islam through 9-11, but what was its history in Europe?” 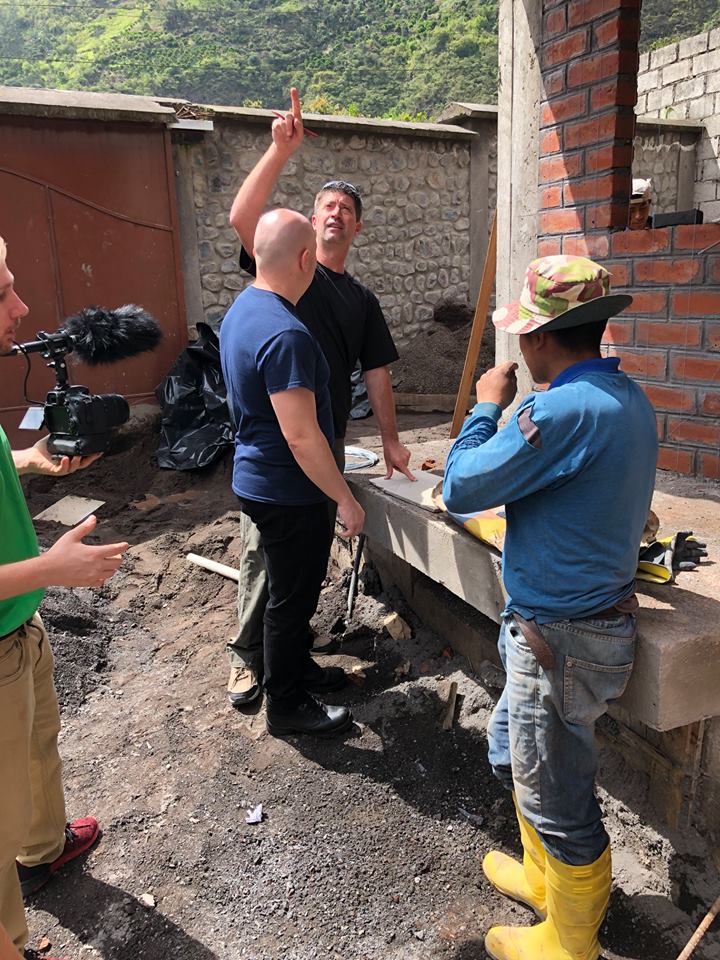 Around that same time, Campbell was brought on to do some writing for Internet Crimes Against Children, a non-profit organization that educated parents, grandparents and other caregivers of children about internet safety.
While contemplating the best way to provide that education, he heard that the 2011-released “Courageous” – an independent Christian drama starring Kirk Cameron - was the No. 1 film in the country.
Again, the wheels were turning.
“I thought ‘why not make a faith-based film and the next thing I knew we were making ‘Finding Faith,’ based on a true story and for which Erik Estrada was cast as a lead.
Known for his role in “CHiPS,” a popular 1970s-80s TV series about the California Highway Patrol, Estrada became a real-life reserve police officer in Anthony, Idaho, with a focus on protecting children from online predators. He also became a spokesperson for Safe Surfin’ Foundation, educating parents, teachers, clergy and children about internet safety and finding online predators.
It was Estrada’s idea to tour churches across the country, showing “Finding Faith.”
“He had done a film with Pat Boone back in the 1970s called ‘The Cross and the Switchblade,’” Jason said. “Back then, they didn’t show Christian movies in theaters. They were only show in churches. So, he said we should do that with ‘Finding Faith.’ It was a passion project of his.”
Over two to three years, Campbell and Estrada visited over 500 churches with their film.
“We were out every weekend,” Campbell said. “I’d pick him up in the same car I’m driving now and we’d travel church to church.”
Along their travels, they met lots of people, some who had ideas for movies.
“And that’s how I started making movies,” Campbell said. “We’ve done 13 or 14 and it’s still going on.”
So, that is – in a nutshell – the story of Jason Campbell and how JC Films was born. But what about the connection with Dean Cain, who has a starring role in about every one of Campbell’s projects? 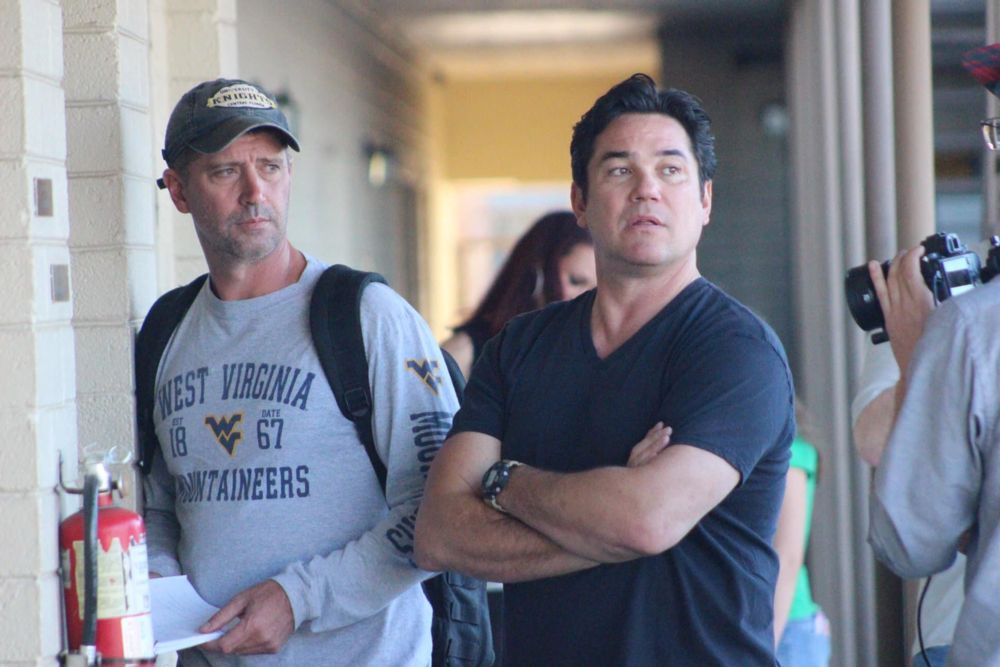 Remember Campbell’s work with post 9-11?
“Sacrificing Survivors” told the story, in part from the perspective of retired, decorated 20-year FDNY firefighter Tim Brown, a survivor of the 2001 terrorist attack on the World Trade Center, and veteran of the New York Urban Search & Rescue Task Force team.
It also featured Lt. Jason C. Redman, USN, a retired naval officer and U.S. Navy SEA. Redman, who is also founder and spokesperson of the nonprofit organization Wounded Wear, was the connection with Cain. 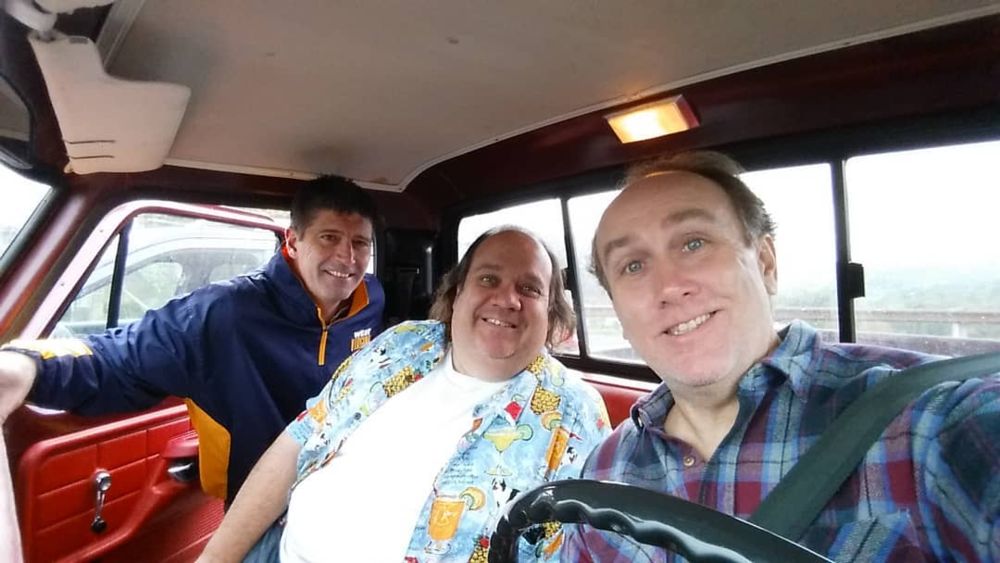 “He was on the phone with Dean about something else they were working together on and we said we needed to get him in the film,” Campbell said. “He said sure – that he would do it the next time he was in New York. We shot one scene with him and put him in the movie.” 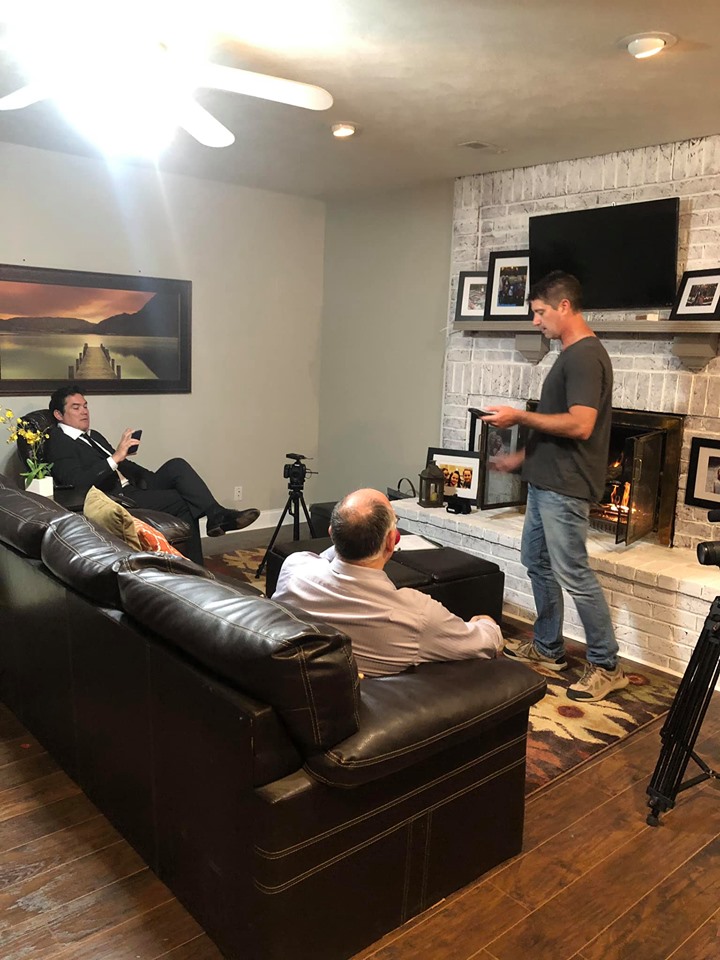 Campbell also had opportunity to sit down with Cain.
“I shared with him what I was trying to do – to make films that changed the culture, but at the same time give young people – who otherwise wouldn’t be involved in film making – an outlet to do that.”
Cain said he was on board and wanted to be part of the team. He’s been in several JC Films projects, including all of those filmed in whole or in part in Bridgeport and surrounding areas: “Megan’s Christmas Miracle,” “A Promise to Astrid,” “Child of the King” and the upcoming “Zombie High School.”
There are several more JC Films projects “in the cue” to be filmed in Bridgeport, Campbell said.
So, what brought Campbell to Bridgeport in the first place? He had been filming in the Mountain State, mostly in southern West Virginia and was looking for a dance studio to film some scenes for “Megan’s Christmas Miracle.” He called one of his old restaurant buddies, Daniel Watts, current owner of The Wonder Bar. He was eventually referred to Studio 9 Dance Academy. Once working in the city, Campbell – like most of us – fell in love with the close-knit community.
Perhaps another miracle resulted from Campbell being directed to Studio 9 Dance Academy in Bridgeport. Studio owner/operator Heather Starkey Mudrick became a quick believer in his work, opening not only her studio for filming, but also her home. The two became fast friends as did their little boys of the same age. Through the months, a romance has developed. Campbell said he loved Bridgeport from the get-go and he now loves it even more. 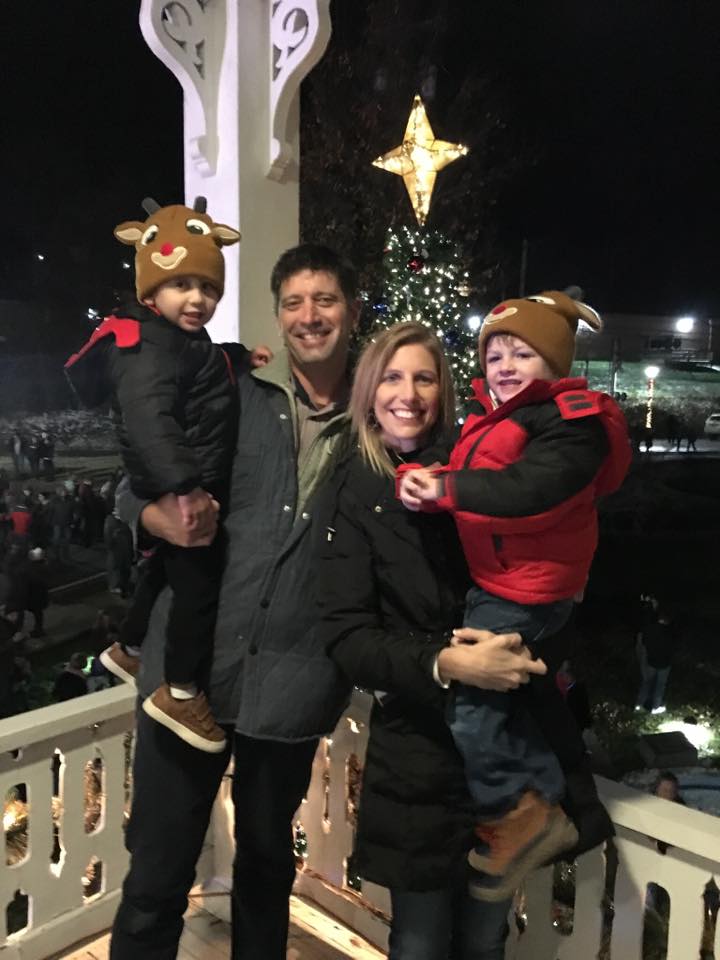 And the rest - as they say – is history.
Read the story - published June 6, 2018 - about Campbell's first project in the city HERE. Use the Connect-Bridgeport search engine on the home page to search "JC Films" and read various other stories pertaining to locally-shot and premiered films.
Read a 2012 story in The Liberty Champion about "Finding Faith," which involved several affiliated with Liberty University - including a member of the Jerry Falwell family - HERE.
Editor's Note: Campbell is pictured on the set with various crew members and actors, including Dean Can,  Michael Sigler and Tim Goodwin, all members of the JC Films team. He is also pictured above with Heather Starkey Mudrick, recognizing her at the local premier of "A Promise to Astrid." Below he is pictured with his 3-year-old son Carson, Heather and her 3-year-old son Maddox. Campbell was special guest of the city and the Associated Businesses of Bridgeport, flipping the switch on the city Christmas tree for the 2018 Light Up Night celebration. Below, Jason, Heather, Maddox and Carson are seen with Heather's daughters Madison, Emma and Grace. 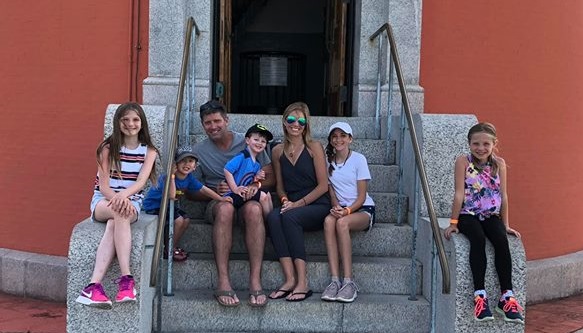