By Connect-Bridgeport Staff on December 01, 2019

Alden Smith and Benjamin Allen Mossburg have been selected Bridgeport High School Students of the Month for October. 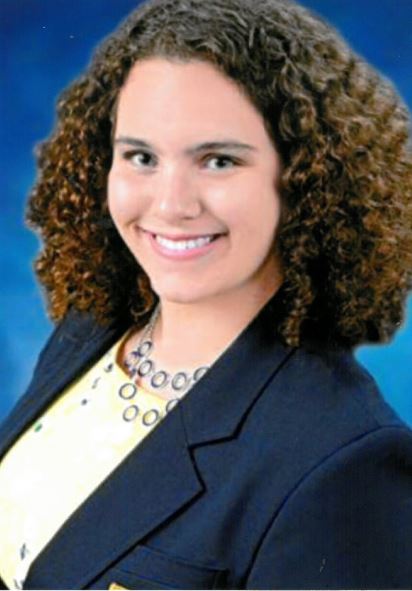 Alden Smith is the daughter of Marylou Smith of Bridgeport and Brian Smith of Canonsburg, Pa. Throughout her high school career, Alden has been incredibly active in extra-curricular and co-curricular activities while maintaining a high GPA through Honors and AP-level courses. She is an inducted member of both National Honor Society and Spanish National Honor Society and holds leadership positions in Key Club as coordinator of both the Bridgeport Homecoming Parade and Zul’s Frozen Lemonade sales, Spanish Club as publicist, Life League and most significantly, DECA in which she has served as the second student from Bridgeport High School to serve on the state officer team and as the first student in Bridgeport history to hold the position of West Virginia State DECA Chartered Association President. Alden is also a member of the Drug-Free Club, Quiz Bowl and the BHS Orchestra, playing first-chair bass.
In her free time, Alden enjoys reading, horseback riding, learning, volunteering and traveling. She has visited Spain and Italy with a group of students from Spanish classes at BHS and has organized and worked with an array of volunteer activities throughout Bridgeport, including volunteering at the Clarksburg Mission, planning and executing talent shows for Simpson Elementary School and, most recently, creating a flagship program in which Spanish Club members visit Johnson Elementary after school once per week to teach Spanish to fourth and fifth grade students. Outside of school, Alden enjoys learning about her intended career path, international economics by taking online classes in AP Micro- and Macroeconomics, and teaching herself German, French ad Indonesian.
Upon graduation, Alden plans to obtain her undergraduate degree in economics with a minor in international business and subsequently earn her MBA with a major in multinational management. She plans to own both a technology department corporation and an international consultancy firm for developing business, both in the U.S. and abroad.
Benjamin Allen Mossburg is the son of Jeff and Marcy Mossburg of Bridgeport. He is active on the Student Council Executive Board and has served as treasurer of this class all four years. He is a member of National Honor Society and has earned his academic letter and lamps. He will graduate having taken 10 AP classes and earning the honor of AP Scholar. Ben is a member of the Drug-Free Club and works on the “Indian Insider.” 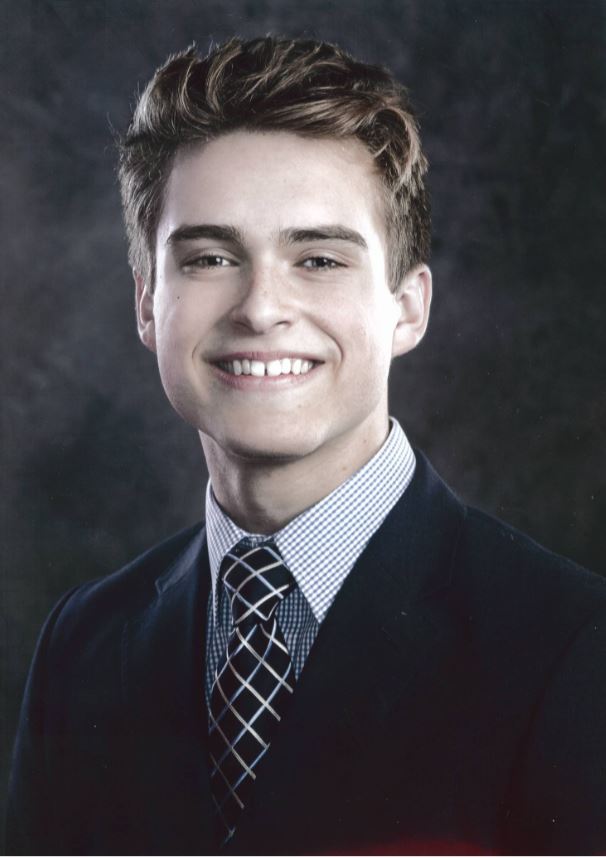 Last summer, Ben was chosen to attend Mountaineer Boys State where he was elected to the House of Delegates. he attended the Rotary Youth Leadership Award camp and was a homecoming escort during his sophomore year.
He plays on the BHS baseball team and has been part of the past two state champion titles. He also plays for the Pittsburgh Outlaws Baseball travel team. He played freshman basketball and ran cross-country his sophomore year.
Mossburg is employed part-time at Buffalo Wild Wings. He attends Bridgeport United Methodist Church.
He plans to study biomedical engineering in college. He has received a couple offers to play baseball and is undecided where he will attend.