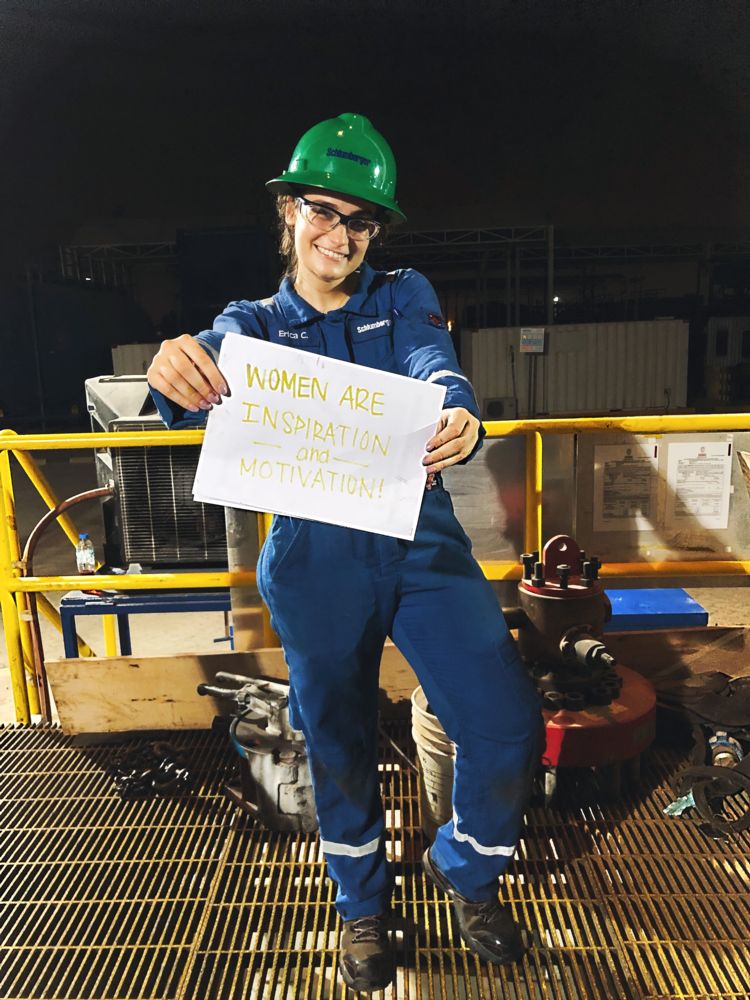 Beyonce’ might tout that girls rule the world in her song, but Bridgeport High School alumnus Erica Chalfant is proving it in the real world.  During her senior year at BHS, the encouragement of Chemistry teacher Cheryl McCarthy and calculus teacher Renee Mathews proved to send her in a direction that has made her soar.
She had always loved math and science and the teachers continued to challenge her in both fields. After talking with her father and seeing the increase in news stories about hydraulic fracturing, she wanted to further explore her option in petroleum engineering.  Her father’s friend, Mark Shumaker, an experienced petroleum engineer, further discussed opportunities in the industry, confirming her decision to major in Petroleum Engineering and Natural Gas Engineering at WVU after graduating in 2016.
When Chalfant first arrived at West Virginia University, she joined the Society of Women Engineers, where she continued to network with other women in the male-dominated field. She was mentored by a senior who had finished her degree in only three years and Chalfant, always one to take on new challenges, arranged her schedule to do the same.  Through the Society of Women Engineers, she found lifelong friends who continue to support her even after graduation.
After her first year, she interned with Entegra Energy Solutions in Lost Creek, building her understanding of the oil and gas industry and the importance of safety on the job. During her second internship with Reservoir Engineer with Alta Mesa Resources in Houston, Texas, she was immersed in reservoir characteristics modeling.
For two years in a row, Chalfant received the prestigious Pi Epsilon Tau Award for her academic achievements, further cementing her decision to pursue her goals. She attended WVU’s Engineering Career Fairs and spoke with as many firms as possible to get comfortable interviewing and networking and also to increase her knowledge of the industry. She joined the Society of Petroleum Engineers in addition to the Society of Women Engineers, both of which she credit s for keeping her motivated as she explored career options. 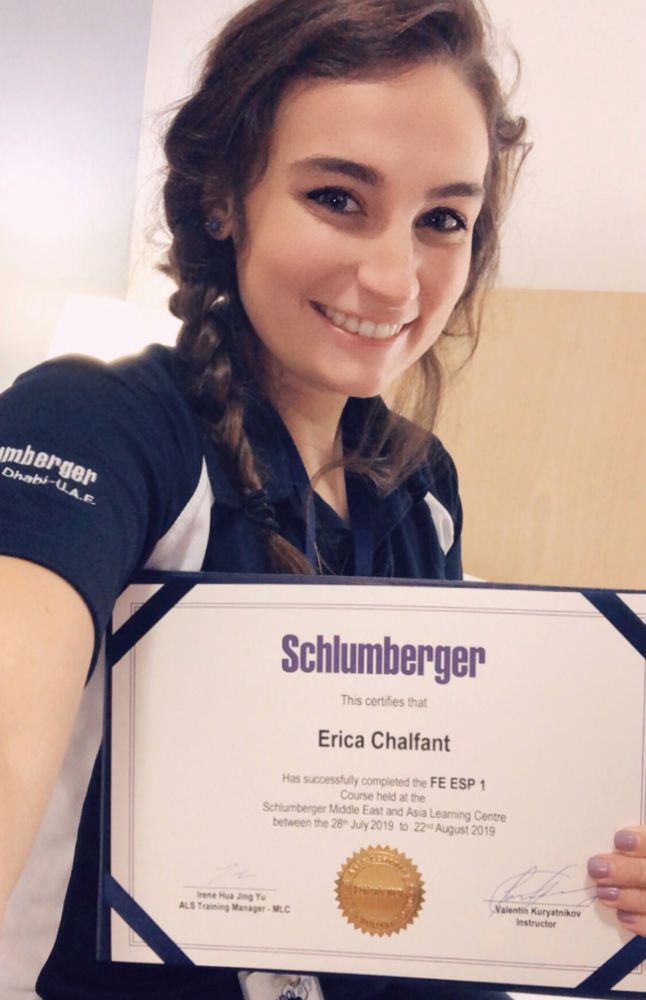 In the Spring of 2019, Chalfant was flown to Oklahoma for a three-day interview with Schlumberger. She was offered the job a week later and began her career as a Field Engineer in the Artificial Lift segment of the company in Midland, Texas.  The company sent her to Abu Dhabi, UAE, for two months, where she was immersed in the theoretical and practical aspects of the job.
Throughout her training, she was among the very few women working in petroleum engineering. Although the male-dominated industry can be intimidating to some, Chalfant was motivated by the challenge and used it to prove herself on the job.  She kept her eyes on her goals and continues to be a valuable asset to the company and an inspiration to girls everywhere.