Saturday, Bridgeport High School took first place at the George Washington Cheer Invitational held at GW High School in Charleston.
The Lady Indians delivered a powerful performance, topping five West Virginia Class AAA teams, four AA teams and three A teams.
Saturday’s experience gave the squad - which includes six first-time freshman members – some valuable performance experience.
Taking the victory was exciting and has pumped the girls up for this coming Saturday’s WVSSAC Class AA, Region II cheer competition to be held at Martinsburg High School.
"I'm so proud of us for what we did at George Washington and I believe that this experience in front of a crowd is going to keep us calm when it counts," said senior cheerleader Miranda Kress. "It was a good warm-up to the season, but we still need to come to regionals with the same fire we did at GW - and I know we will." 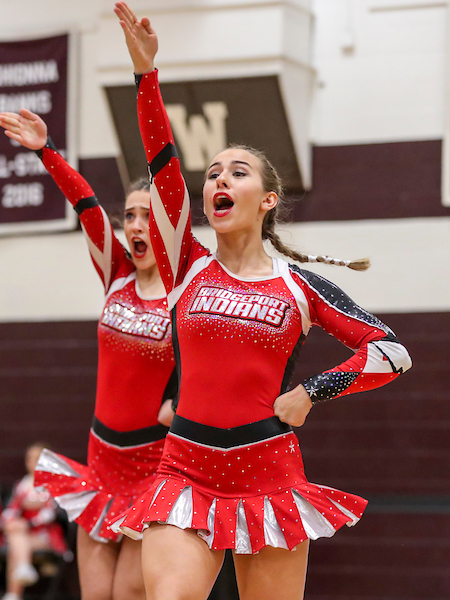