The Bridgeport Fire Department and the WVU Fire Service Extension have completed a trade that will be beneficial for both parties.
A proposal for the Fire Department to receive $32,000 to go toward training in excha 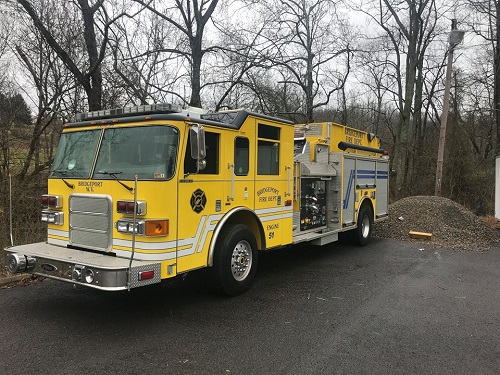 nge for a 2005 Pierce Pumper truck was passed unaminously during the Bridgeport City Council meeting on Monday, Jan. 13.
“Last year we had some mechanical issues with that pumper,” Bridgeport Fire Department Chief Phil Hart said. “We had it to the garage and they were unable to correct the problem. They worked with the manufacturer and could not come up with a reason for it and it was a very serious issue with the braking system.
“The recommendation was that it would have to go back to the manufacturer and have the whole wiring system redone for the emergency brake and the jake brake. It was going to be more than what the value of the truck was worth so we elected to replace it and take it out of service."
That however does not mean the truck can’t be an asset and that is where the WVU Fire Service Extension comes in.
According to Hart, the truck will be confined to the training facility property at the West Virginia State Fire Academy in Jackson’s Mill, just outside of Weston. It won’t be going on any emergency runs, but it will be a valuable learning tool.
“It’s still got a lot of good life left on the pump motor,” Hart said. We feel like it will not only benefit the city of Bridgeport Fire Department but also the fire services across the state of West Virginia and the students who attend the junior fire fighter camp. They average about 125 students a year. Last year 18 different states were represented. There has been a lot of fire service personnel from different states attend the West Virginia academy to get ideas to take back to their training committees to try and model their program after.
“At the fire academy when they do live fire training they will have a truck there that they can depend on, be able to pump and meet their services. The one they are currently using is a 1979 model.”
Hart also said the $32,000 to be used for training will be a benefit for more than just his department. 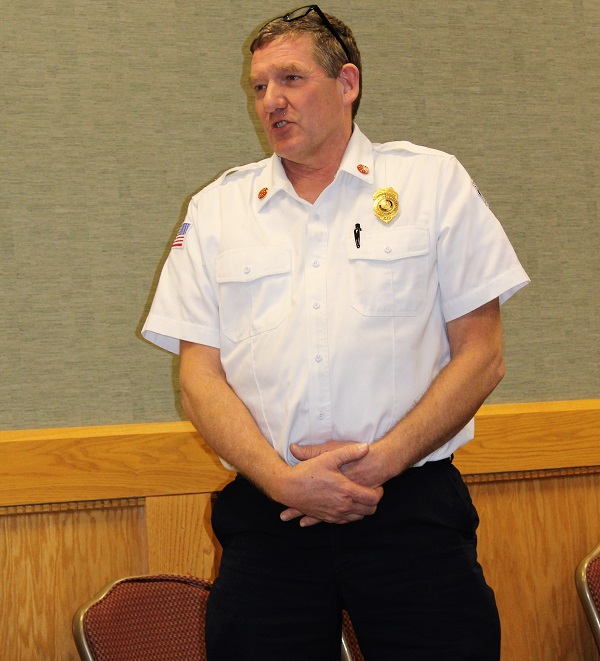 “The training will be very valuable to the city,” he said. “Not only to the fire department but to the police department as well. There will be some training classes for the investigators available to the police department that they will team up with the fire department to get in. As more training is required and new training is required, we will be able to meet those needs.
“This greatly benefit the city of Bridgeport. For what we will get back in training, there is more value than what the truck would be if it was just sold it to somebody.”
For more coverage of the Jan. 13 Bridgeport City Council meeting, click HERE
Editor's Note: Top photo shows the Pierce Pumper truck that will be going to the West Virginia Fire Service Extension. Bottom photo shows Bridgeport Fire Department Chief Phil Hart speaking at the Bridgeport City Council meeting.