City Resident, Veteran, Civic and Church Leader on Many Fronts, Lloyd Weekley, Passes Away at 89 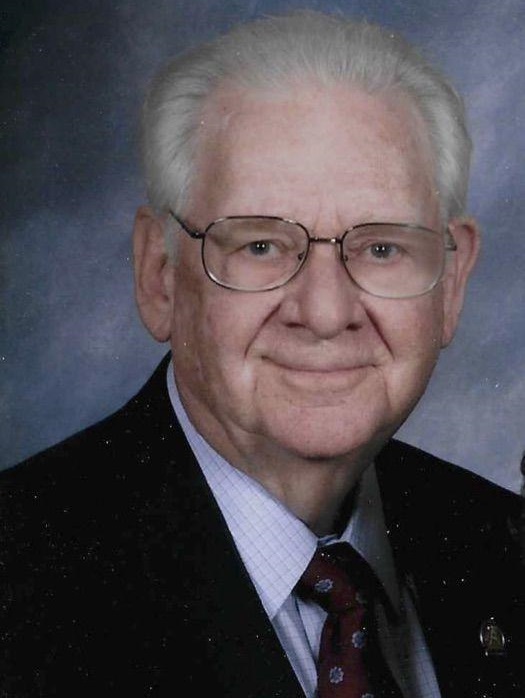 Mr. Weekley was preceded in death by his father, Charles Arnold Weekley, his mother, Edna Weekley Willey, his brother, Landis Weekley, and his daughter, Mary Sue Schulberg.
Mr. Weekley is survived by his wife of 65 years, Sara H. Weekley, and sister, Lois Booth. He is the father of three living children, David and Linda Weekley, Daniel A. and Leslie Weekley and Martha Ann Weekley. He and Sara are the proud grandparents of four grandchildren, Alec and Dinah Schulberg, Cameron and Matthew Weekley.
Mr. Weekley was a proud Korean War veteran, having survived the Eighth Army in Korea in 1951-52. Upon returning to the states, he served nine months in the Adjutant Generals Corps at Fort Meade, MD.
Mr. Weekley was retired from CNG Transmission Corporation. During his employment, he held many positions. At the time of his retirement, he was manager of Employee Benefits for more than 20 years.
During his lifetime, he belonged to or participated in many organizations or groups. He was most proud of the Harrison County United Way, being a steward in the Bridgeport Methodist Church, being on the Executive Committee of the West Virginia Amateur Golf Association. He also was a member of the Bridgeport Country Club, B.P.O.E., and a 50-year member of the Middlebourne Lodge No. 34 A.F.A.M.
In lieu of flowers, the family has requested donations be sent to the permanent fund of the Bridgeport United Methodist Church, 251 Worthington Drive Bridgeport, WV 26330.
Friends will be received at the Ford Funeral Home, 215 East Main St., Bridgeport, WV 26330, from 2-4 p.m. and 6-8 p.m. on Thursday, July 11. Friends will also be received at Bridgeport United Methodist Church, 251 Worthington Dr., Bridgeport, WV 26330, on Friday, July 12, 2019, from 10-11 a.m. The funeral will be held at 11 a.m. on Friday at the Bridgeport United Methodist Church. Online condolences may be made to the family at www.fordfuneralhomes.com.