By Connect-Bridgeport Staff on November 19, 2019 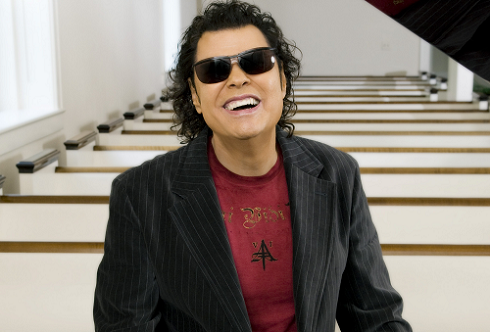 The Robinson Grand Performing Arts Center and Big Time Entertainment, LLC join together once again to bring out a music legend—Ronnie Milsap. With six Grammys, forty #1 hits, five decades of charted hits, and epic titles such as CMA Entertainer of the Year and four Album of the Year Awards, audiences are in for a once-in-a-lifetime treat! The concert will be held on March 14, 2020 at 7 p.m.
Born blind, Ronnie Milsap’s grandparents gave him over to the North Carolina State School for the Blind hoping for a better chance.  There, Milsap discovered music – deviating from the school’s classical curriculum to explore the nascent realms of race music, rock & roll, and jazz. Being the brilliant kid he was, it wasn’t long until he’d found his way into the local clubs and the tiny indie labels.
Suddenly, he was sharing bills with Ray Charles and James Brown on a circuit that included the Howard Theater, the Royal Peacock, and more. It was Ray Charles who told the young pianist when he was offered a scholarship to Young Harris College’s law program, “Son, I can hear the music inside you...”It settled Milsap’s fate. After working in Atlanta for a time, Ronnie moved to Memphis where he was doing sessions with Chips Moman, where Elvis famously commanded, “More thunder on the keys, Milsap,” during the recording of “Kentucky Rain.” It was there he was asked to play the Whiskey on the famed Sunset Strip in LA. While staying at the notorious Hyatt House, Charley Pride, a famous man in country music, saw the kid playing rock & soul and suggested giving Nashville a try. 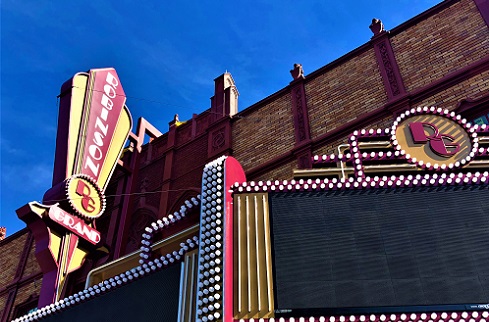 The rest is history. Ronnie began creating a new way of recording (being blind his hyper-attuned hearing led him to create/build what is now known as Ronnie’s Place, where the new album, the Duets, was captured), he broke genre rules and became one of the biggest pop, American country, and even R&B artists of the late ‘70s and early ‘80s. He even scored the first country video played on MTV (the ironic “She Loves My Car”).
Sales & Marketing Manager Emily Moore states, “It’s rare to find such versatile artists such as Ronnie Milsap. He went on to be an inspiration for many of today’s biggest country stars such as Luke Bryan and Jason Aldean. It’s an honor to have him here at the Robinson Grand.”
Tickets will go on sale on Friday, November 22nd at 10:00 am EST and willbe priced in three different tiers: $48.50, $63.50, & $78.50. There are two ways to get tickets. Go online anytime at tickets.therobinsongrand.comor purchase tickets over the phone by calling (855)-773-6283 on Monday through Friday, 10 a.m. to 11 p.m.
Stay in the know with all things Robinson Grand by finding us on Facebook and liking our page! Go to https://www.facebook.com/RobinsonGrandand hit like and follow to be the first to get news on upcoming events and performances.