By Britt Fresa
My 30-year class reunion is just days away. Bridgeport High School Class of 1989 – the '80s saved the best for last - as our planning committee likes to say. I’ve had the privilege of working with great committee members to help bring our classmates together for the 20th, 25th and now 30th reunions.
My partners in crime this go-round include Brianna Dennison Cain, Carey Waters Heslep, Donna Baldini Mitchell, Gary Lhotsky, Hilary 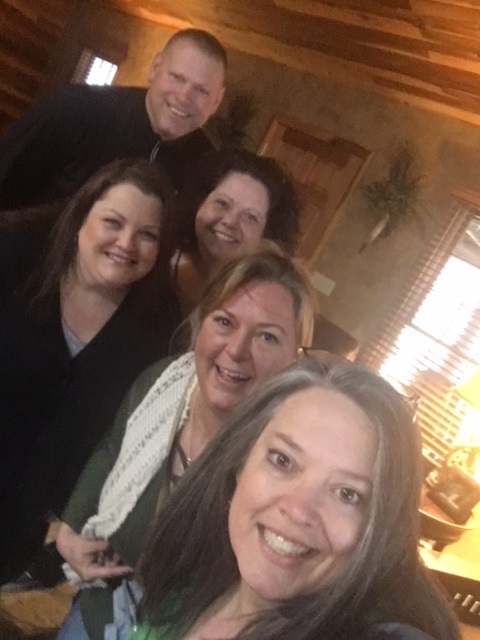 Blankenship, and Staci Unger. It’s been quite a ride for all of us because this is not our first rodeo. In fact, it’s the third time for most on this committee and I have to say, we’ve pulled it off in style.
I’m entrusted with reunion communications:  class website, emails and social media posts. I took that role because I’ve worked in communications my whole career and I’m the only one on the committee who lives outside of West Virginia, so my tasks can be completed from anywhere.
Some of the most fun messages I receive are from classmates who’ve attended every reunion and cannot wait to see their old friends again. They loved high school and their memories are detailed and plentiful. They keep our reunions exciting and cheerful and they want to share their joy with everyone.
We also talk often about classmates who have eluded us to date and never attended a reunion. Because I stare at their names on my spreadsheet for about six months, they’re on my mind often; and, they also become a topic of conversation at the planning meetings. Unbeknownst to them, there is a lot of time and effort spent trying to get them to join us. We’ve succeeded in corralling a few new ones this weekend.
One special group of classmates who haven’t made it to a reunion, yet, are our valedictorians. They are three intelligent, driven women, who forged their way to the top of the class as young ladies. And, we don’t leave out the kids who went to school with us for a while but moved away. We still think of them as “ours.” We’ve been able to find some; specifically, one whose family owned and operated a favorite pizza place in town. She lived in Bridgeport for only three years and has never forgotten us, just like a lot of us never forgot her.
The Smart Girls
I recently attended my niece’s high school graduation in North Carolina. Haley was one of 542 students in her class. The novelty was not lost on me I was in her place 30 years prior. It was fun watching the kids cross the stage, smiling as their family members cheered the announcement of their name. 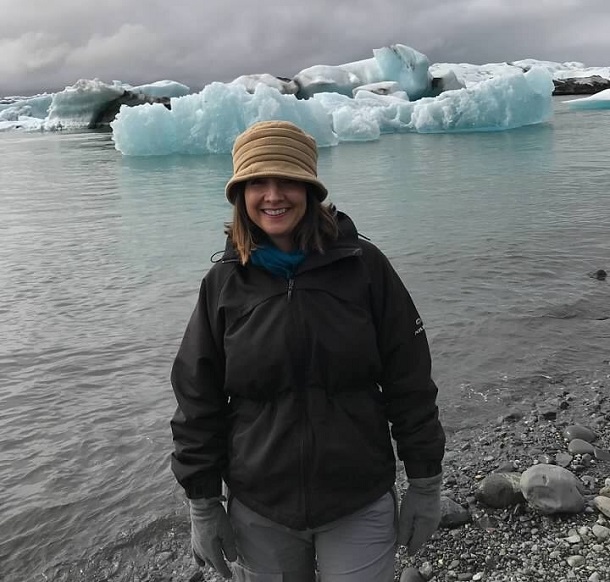 On graduation day in 1989, I felt the same way as I imagine some of the kids did in Haley’s class:  happy to be done and feeling so grown up with a mix of “now what?” It seems a lifetime ago. Yearbook pictures help remind me it was, seeing the hair and clothes from 80s, and so much hair spray, so so much hair spray.
At Haley’s party I met her friend, Rami. He graduated as the salutatorian with a 4.790 GPA (the valedictorian got a 4.792. Semantics, really.) and is headed to MIT. He gave a speech during graduation that made him sound like motivational speaker, Tony Robbins. He applied the physics and properties of water to high school life; hence, MIT.
“So, what are your plans after high school?” I already knew the answer, it’s just a good opener. “I’m going to MIT,” Rami said. “It’s been my dream school for as long as I can remember.”  He’s planning to study biological engineering AND medicine. His father has suffered from polio for a long time and he’d like to find ways to ease the burden of the disease. Rami said, “I figure if I don’t do well in medicine, I have engineering to fall back on.” Congratulations MIT. You got a good one. 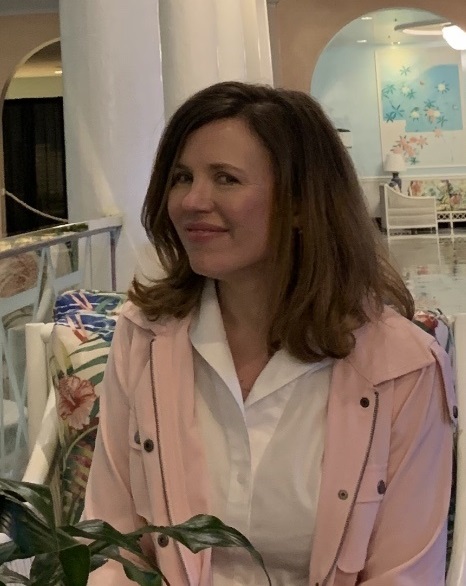 But it got me thinking about the high achieving valedictorians from the class of ’89. Two of them, Kim Westfall Hough and Darlene Wasrud Lambert were kind enough to answer a few questions.
Surprisingly, neither of the ladies were overly concerned with the title of valedictorian; but more so, loved figuring things out and being curious. They also don’t recall when they found out they were in the running to be valedictorian but afterward, kept the goal in sight. “I just wanted to graduate having received straight A’s. That was my focus,” says Kim. “It was not competitive between us. In fact, I can remember studying for chemistry tests with Darlene and asking her for advice with math homework. I also remember doing some peer editing of her writing.” Darlene agreed. “We were friends and still are. We talked about our lives, our jobs, and our chemistry homework. Kim was a natural at writing and English and I’m more the math/science type.”
Both ladies not only compliment Bridgeport High School in helping prepare them for college but also the teachers of their favorite subjects. “Dr. Bond, the chemistry and physics teacher was great,” says Darlene. Kim loved English and tips her hat to Mrs. Kay Booth, and the band teacher, Mr. Randall Hall, for his persistence and helping her learn how to set goals.
Both Kim and Darlene went on to pursue college degrees. Kim received her undergrad in education and English from WVU and went on to earn a doctoral degree from The George Washington University. Darlene received a bachelor's in chemical engineering from North Carolina State University and a master's in the same from Louisiana State University.
Their memories of high school and working toward valedictorian status are ones they carried with them into their college years and beyond. “There’s a lot of self-sacrifice and discipline that goes into achieving goals – goals of any sort, academic or otherwise,” says Darlene. “But I learned keeping the goal in mind makes each day’s work toward that goal easier. BHS was great preparation for sure, and I’m thankful for the education I received there.”
Lost and Found
One of the things I love about Bridgeport are the things that never change. It’s what makes home feel like home:  Twin Oaks Restaurant, Wayne Jameson Field, pepperoni rolls, and the stockyard intersection that hasn’t been a stockyard since the 70s or early 80s.
Same goes for the families and kids I grew up with beginning in grade school. I was lucky to graduate with most of them. But there are some kids that come into your life during pivotal years, after you’re old enough to secure memories for the future. They make a big impression and once they move away, it can feel like they’re gone forever. The advent of social media has made finding them easier.
One such treasure was unearthed a few years ago by the name of Kristi (Wenzel) Funderburk. She and her parents, Bob and Karen (Tuccillo) Wenzel, and older brother, Tony, moved to Bridgeport around 1980 to run her mom’s family-owned businesses, Tuccillo’s Pizza. 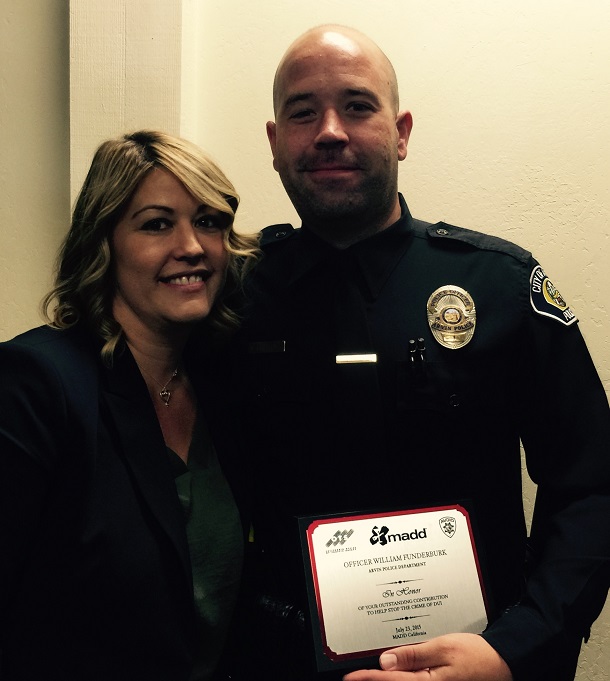 There were three locations, Bridgeport’s was located where Main Street Station is today. The Wenzel’s lived in West Virginia for three years, but for those of us who knew Kristi, they were important years: ages 8-11. This would be the time, as young girls, where we got to interact socially with kids we didn’t see all the time in school. Cheerleading was where a lot of those memories were made, either on Jerry West basketball or Pop Warner football teams.
“I cheered for 3C Tool,” said Kristi. “I also took dance; tap, jazz and ballet. I was totally uncoordinated and can’t dance to this day, but it was a lot of fun.” She remembers several girls from that time, too, including Bethany, Rochelle, Shannon, Cindy, and me. In fifth grade, Kristi, me and three other girls dressed up as the GoGos for Halloween. It’s one of my favorite memories.
But her bestie, the one who made the biggest impression on her, was Brianna Dennison Cain. “We did not live in West Virginia very long, but some of my best memories are from Bridgeport. I’m looking most forward to seeing Brianna and her family. They were my second 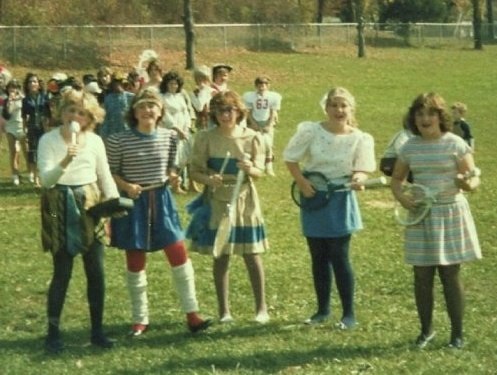 family and I’ve never felt more at home with anyone than the Dennison’s. Living in West Virginia was an adjustment for my parents, but my brother and I loved it. We always say we wish we had never left.”
Kristi’s parents sold the Tucillo’s restaurants, moved back to California and opened a restaurant there. It stayed in operation for five years. I remember Tuccillo’s pizza. It was good. Sometimes we walked there after school when Bridgeport Junior High was still “on top of the hill.” I think it was one of the first local establishments to offer delivery and use the little white table on the pizza to keep the box lid from sticking to the cheese. The things you remember.
After Kristi moved back to California, her life moved on like all of ours. “I took a test to leave high school early,” she said. “I traveled and worked. Eventually, I attended University of California Santa Barbara and went to law school. I’m a county prosecutor. I put bad guys in prison.” Kristi’s return visit this weekend will be her first ever. “I never forgot my friends in Bridgeport. I haven’t been back since we left in 1983 and I’m beyond excited to see everyone at the reunion.”
Kristi is representative of so many kids who came into our lives as the future class of 1989 but moved away too soon. Their names are endless, and they are unforgettable. We invite a lot of them to our reunions and it makes our time together that much more terrific.
Never Say Goodbye
BHS Class of 1989 is special. I’m sure all the classes in Bridgeport’s history feel that way because Bridgeport is special. It’s still home for a lot of my classmates. And, whether we had 12 wonderful formative years to grow up there, or, popped in and out like a blip on the radar, it’s a time in our lives that doesn’t change.
Helping to plan these reunions over the last 10 years always makes me wonder if there are other towns in our fine country who enjoy what is idyllic to us now. I hope there are because no matter how we measure our high school years, whether it felt like the trenches or hallowed halls, we were all in it together and that’s what makes class reunions so great. They’re a touchstone for a time when we can reflect on who we were, who we thought we’d be and laugh about how little we knew at the time.
All of us know by now that life takes us where we’re supposed to go. Sometimes those places aren’t fun and other times they’re great. Our reunions are meant to celebrate the great times and show gratitude to those who wish they could be with us.
In just a few short days we’ll all be seeing each other face to face, some for the first time in 30 years. I’m looking forward to giving everyone a hug and saying, “I’m so glad you’re here.” Until then, “Three cheers to 30 years BHS Class of ’89 … to the ones who never miss out, the ones we’ll always hope to see, and the dear old friends who were lost and now found. Welcome home.”
Editor's Note: Britt Fresa was raised in Bridgeport and is a BHS '89 graduate. She currently lives in Pittsburgh, PA, where she works at Summit Physical Therapy and writes for IN Community Magazines. Photos, all courtesy of Fresa, from top show the committee of, top to bottom, Gary Lhotsky, Britt Fresa (L), Carey Waters Heslop (R), Hilary Blankenship, Brianna Dennison Cain in front. That is followed by Kim Westfall Hough in Iceland and Darlene Wasrud Lambert. The fourth photo is of Kristi Wenzel and Drew Funderburk, followed by the GoGos as mentioned in this blog.