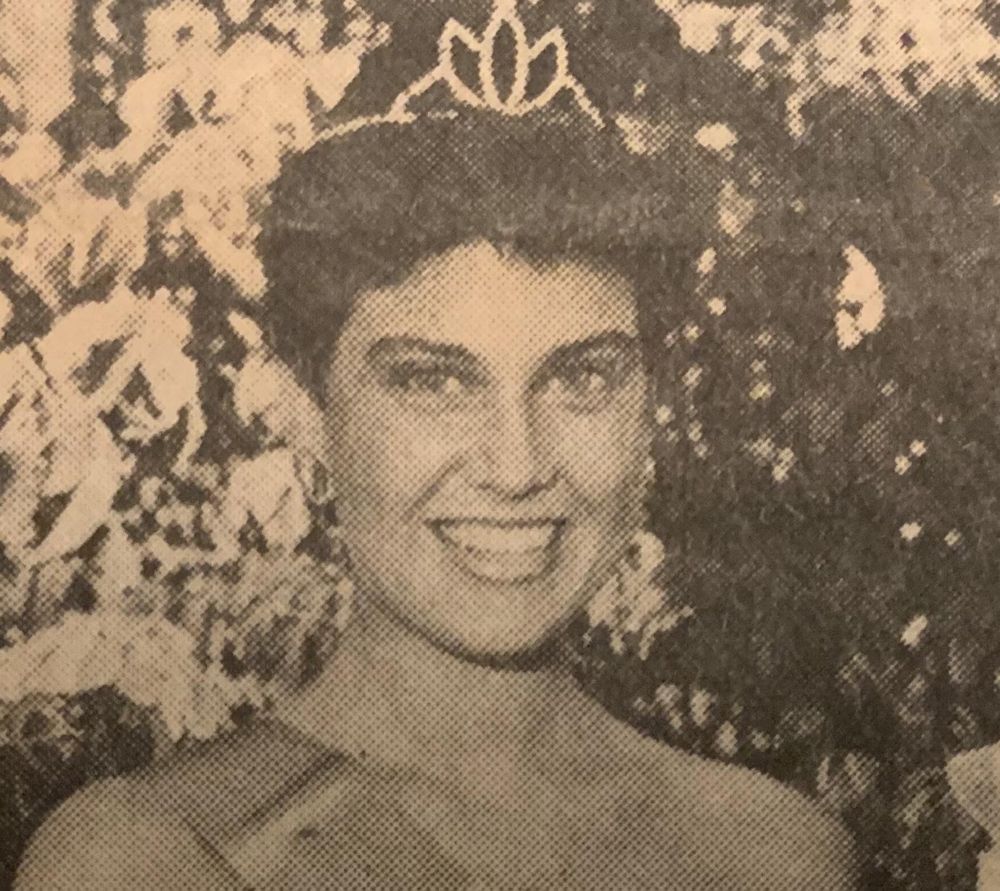 It’s been well over three decades since I had the opportunity to represent the Mountain State at the national level, often joking that I lost in front of 70 million viewers.  Long before spray tans, teeth whiteners, and customizable hair products, I entered the Miss West Virginia Teen USA competition after being named queen of the Potato Festival, proudly representing a root vegetable at a time when state costumes were unfortunately literal.  Having previously dressed as a ramp, at least I didn’t have to suck in my stomach to don the potato costume.  I was surprised when I won the state title, and totally unaware at what was required behind the scenes.
I think most will agree the 1980s were not very glamourous, despite the fact that “glamour shots’ were born during that decade.  Among the large hair, the feathered hair, and the even bigger hair, I was the first to ever win a state pageant with short hair. Thank you, Dorothy Hamill.
For the next few months, I had to undergo speech therapy to lose my country accent, take walking lessons for the stage and stick to a strict diet.  During my first year of college, I traveled to Memphis to meet fellow contestants from all over the United States, making appearances, going on tours, and learning to dance in high heels on steps.  The choreographer from the original Footloosewas our guide and our judges included Helen Willis of The Jeffersons, a couple of actors from The Fall Guy, and a soap opera star that we all had a crush on.
While my experience as Miss West Virginia Teen USA was memorable, it pales in comparison to the standards today.  At the end of October, contestants gathered at the West Virginia University Creative Arts Center to begin the process of finding the 2020 title holder.  Unlike the eighties, today’s contestants have elevated what used to be a simple beauty pageant into a celebration of womanhood. They are smart, funny, accomplished, confident and ready to change the world.
It was not a surprise to me when I heard that Sophia Martino was crowned Miss West Virginia Teen USA. Three years ago, I had interviewed her after winning her first pageant and she, quite simply, blew me away.  At 14, she was full of grace, enthusiasm and vision, already determined to help eliminate hunger in Harrison County. 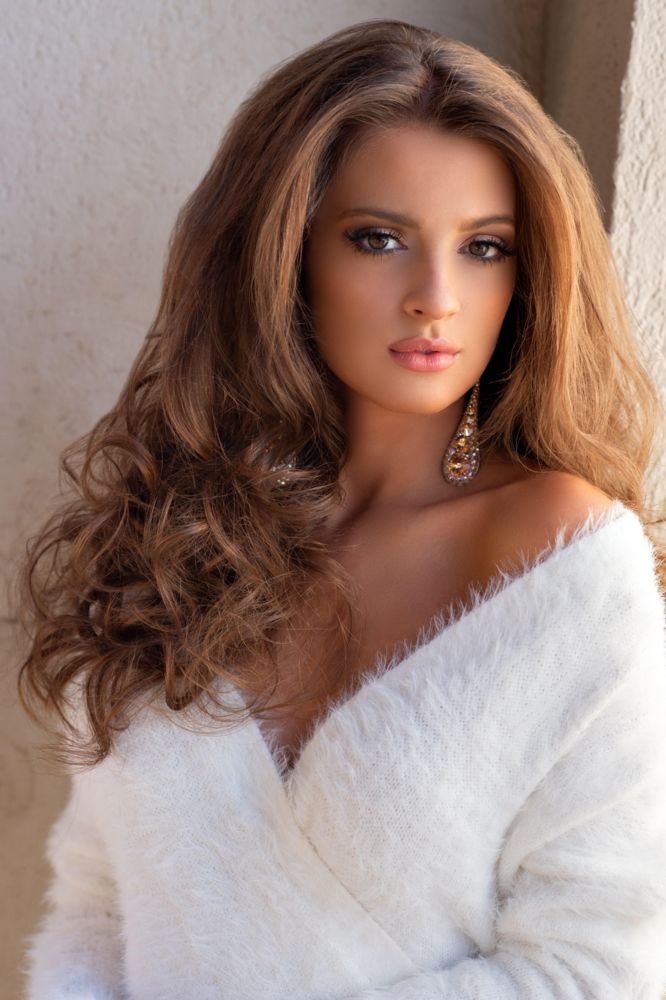 I had watched in awe as she earned her titles in smaller pageants at first, and then as she was crowned Miss West Virginia Three Rivers Festival Teen.  With each title, she was more polished and articulate, using her platform of Helping the Hungry to work directly with those who were food insecure. She continues to volunteer with the Clarksburg Mission and the Harrison County Backpack program, while encouraging her peers to do the same.  Through her work, she has raised awareness, funds and resources for the cause close to her heart.
Sophia is one of those rare individuals who radiates when you meet her. Her authenticity allows her to make connections with people of all ages as she serves as Notre Dame Key Club President, a member of the National Honor Society, and as a member of the Mayor’s Youth Council.  She excels both academically and athletically, but it is her compassion that makes her stand out among her peers.  She goes out of her way to be kind to others, consistently finding ways to serve the community and inspire those who are younger to do the same.
During my first interview with Sophia, she already had her eye on the crown, so to speak.  She had watched the Miss Teen USA, Miss USA, and Miss Universe pageants on television since she was a little girl, but never had the limited view of pageants representing only physical beauty.  It was the way the queens used their position of influence that inspired her to pursue pageants.  She loved how empowering pageants could be and has always considered it an honor to use the title to help others.
During the Miss West Virginia Teen USA pageant last month, Sophia and the other contestants bonded over pizza in pajamas, rehearsed for hours, underwent interviews, experienced competitions in both active wear and evening gowns, and were asked challenging questions on stage.  Sophia was asked about promoting female equality across the world, a notable difference from the cheesy questions of yesteryear.  Today’s queens challenge themselves to use their gifts on a global scale, inspiring innovation, creativity and action that truly will change the world. 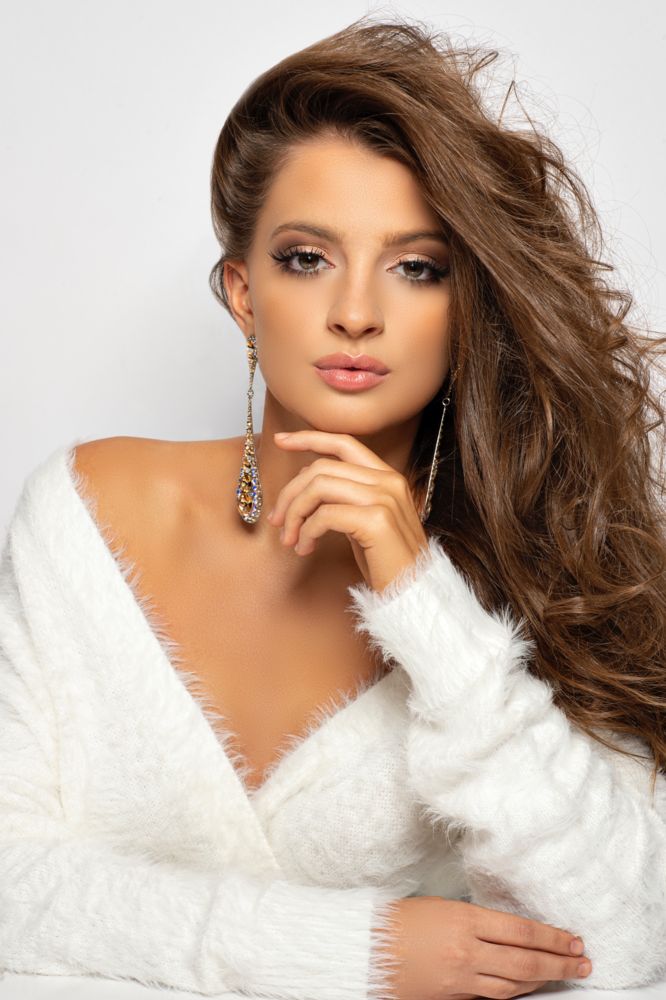 For Sophia, the next few months are full of exciting opportunities.  In the spring, she will compete on the national stage for the title of Miss Teen USA, a dream she has had since watching the pageant as a child. She will also begin WVU in the fall, majoring in Exercise Physiology as she works toward her goal of medical school.
As part of her prize package, she will get to meet with formalwear designer Sherri Hill to design her gown for the national pageant.  She has worked with Angela and Samantha Patsy, along with designer Fernando Wong, to design her state pageant gown, so she looks forward to experiencing the process once again as she finds the perfect style.  The 2020 pageant will mark 38 years of the Miss Teen USA pageant and the first to feature a new crown, designed by luxury jewelry designer Mouawad.
As Sophia counts down the days to her national debut, she does so with a perfect mixture of confidence and humility, knowing her role as a title holder is not just as a pretty face. She carries with her the work of those who went before her, but mostly, the fire she will ignite in those after her. She is the ideal person to represent the Mountain State on the national stage and I can’t wait to cheer her on as she pursues her dream.