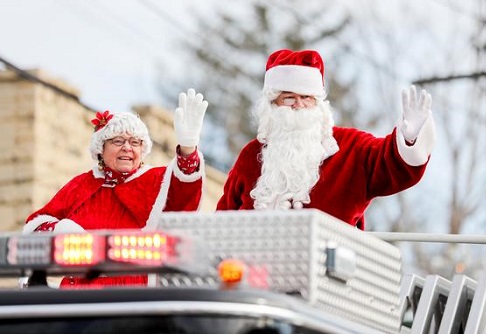 Editor's Note: Bridgeport Recreation Coordinator Amy Callahan said today, Wed., Dec. 1, is the last day to register for Saturday's 10 a.m. Christmas parade. Instructions and details are included in this article which ran last week on Connect-Bridgeport. The article also details Saturday's Jingle Bell 5K, which takes place prior to the parade:
Bridgeport Parks and Recreation announces that the city’s Christmas Parade will be held at 10 a.m. Saturday, Dec. 4.
Featuring twirling and dance groups, club and church floats, marching bands and, of course, Santa and Mrs. Claus, the course will follow Main Street, starting at the intersection of Rt. 50 and 131 and ending just past the Benedum Civic Center. It’s an event which has taken place annually for several years, but like many events, had to be postponed in 2020 due to the COVID pandemic. Parks and Recreation Director Joe Shuttleworth said he is enthusiastic about the parade’s return.
“So many events, especially holiday events, had to be canceled for the last year and a half, so it goes without saying that everyone is excited to get back to some kind of normalcy,” he said. “So many things were the target of COVID; things we normally do right down to Thanksgiving dinners with some families that didn’t get to happen. I’m just happy that another traditional experience is going to be 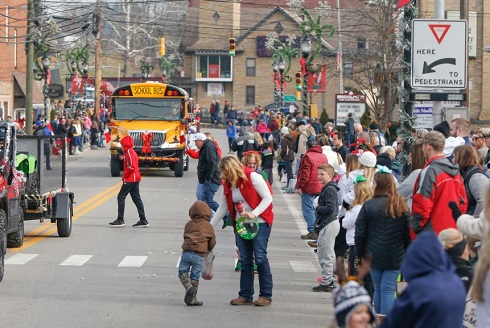 allowed to happen.”
Bridgeport Recreation Coordinator Amy Callahan said units which took part in the past have been sent registration forms, but others are encouraged to get on board.
Those who would like to enter a unit in the parade can complete the attached Registration Form and return to Bridgeport Parks and Recreation by Dec. 1. Once received, a lineup spot will be assigned. Lineup will begin at 9 a.m. on Dec. 4 on Third Street, Grand Avenue and Fifth Street. Starting at 8:45 a.m., there will be one-way traffic on those streets.
Also on Dec. 4, the 19th Annual Jingle Bell Jog will take place. The run/walk begins at 8:30 a.m. with registration at 7:15 a.m. outside the Benedum Civic Center. As always, there is no registration fee, but participants are asked to donate a new, unwrapped toy or a donation to the Salvation Army. Collected toys will be distributed to area kids through the Salvation Army. 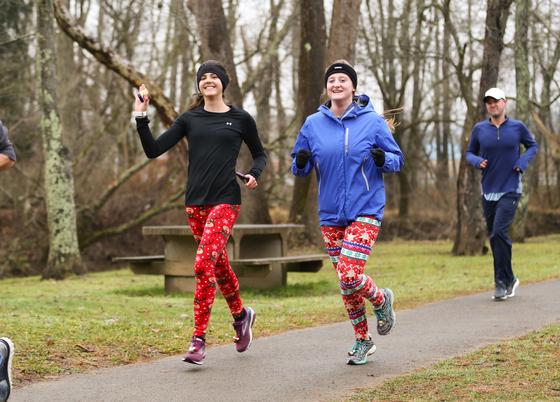 The race route is across Bridgeport City Trail to City Park, two loops around the park, then return via the trail to the Civic Center.
Editor's Note: Some photos are by Ben Queen Photography.