Some of the state’s top chess players will be in town next Saturday for the West Virginia Junior Championship.
The event will take place at Simpson Elementary School. Registration begins at 9 a.m. The format will be a 4-round Swiss System, G/60 d/10. 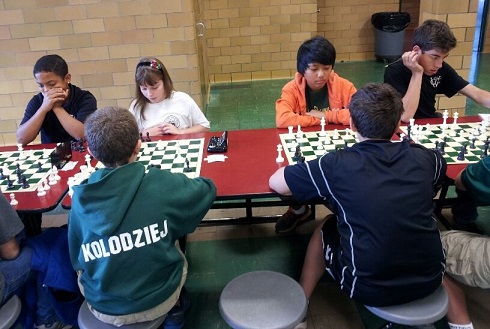 Entry fee is $25 and membership in the WVCA or OSA required and WVCA members receive a $5 discount.
There will be a Junior Championship (rated 700+), Beginner (Less than 700/unrated) and a friends and family section that is open to everybody.
More information, including entry forms can be found HERE
“I’ve been involved with (chess) since there was a guy named Bobby Fischer winning a world championship,” WV Junior Championship Director Bob Greer said. “I was an impressionable young man at the time so I got the bug. But what I know today, the kids and the adults that play chess, it stimulates their mind in ways that other games don’t do.”
Greer said the event is focused on juniors, under the age of 18, but there is room for adults to come out and play as well.
“I try to run a cross-section event, whether it’s focused on the kids or focused on the adults, there is always room for the other group,” Greer said.
Greer said it is still enjoyable seeing younger players catch the bug like he did.
“When you see the kids start to focus on the game and they get into it at a competitive level, it is fun to watch,” Greer said. “There’s a young man that’s in college now, when he first started showing up at my tournaments he was an elementary school student from Logan, West Virginia. And he’s now a grand master.”
Editor's Note: Photo courtesy of the West Virginia Chess Association's Facebook page.