Outside the Tribe: Fedoras, Sass and Where to See Classics on the Big Screen

By Chris Johnson on February 11, 2020 from Outside the Tribe

It’s normal for your taste in things to change through the years.
Some jokes don’t seem as funny as they once did. Sporting events don’t seem quite as important as they used to be. That song doesn’t quite move you the way it did when you were 13. Literally, some foods don’t taste the same when you get older.
For me, nothing has changed more in the course of my life than my taste in movies. 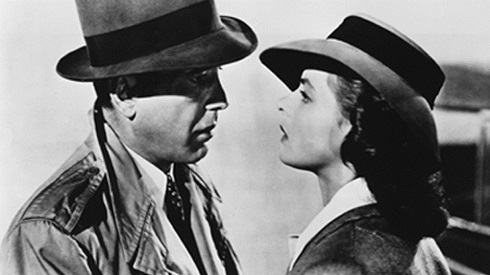 I’ll admit it. I’m a bit of a cinema buff. Some might even say I am a movie nerd and that’s fine. Bottom line is I love movies, always have and always will.
A few years ago, me and my wife challenged ourselves to watch 365 movies over the course of one calendar year. Now, we didn’t see one every single day and we took advantage of a couple of marathon weekends where we watched at least five or six, but we pulled it off. In fact, the final total was 412.
On that journey, I realized that my tastes in movies had changed or was in the process of changing. My favorite films were now in the broad category of classics. More specifically, film noir was No. 1 in my wheelhouse.
I love the fedoras. I love the sass. I love the snappy dialogue. I love the men trying to stay one step ahead of the law and the women that don’t have the time to put up with no lip from them or any other man.
Most of my favorites are in black and white (I don’t think I watched one single movie in 2013 that was in color), some of them aren’t in English (trust me, Japanese movies about samurai are amazing) and some don’t even have sound (I probably own about 25 silent films).
Twice in the past five years I have completed on-line film courses, one on the history of film noir, one on the history of Alfred Hitchcock. Yes, I signed up to go to school and take tests just for the fun of it. 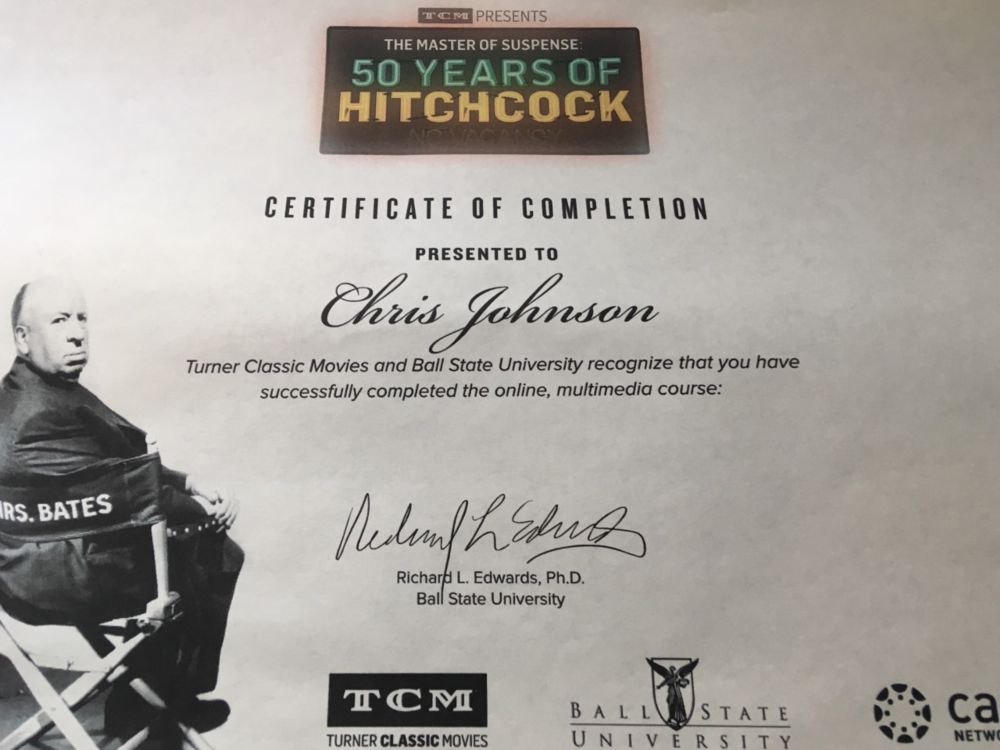 Don’t get me wrong, I don’t turn my nose up at newer releases. The new Bond movie looks amazing and I still get excited when a new Pixar or Star Wars film comes out. And if they keep making Fast and Furious movies, I will be there at the theater to watch them.
Theater, there’s a key word. I’m a firm believer that movies are best enjoyed on the big screen. There’s nothing like going to the movies. None of us are ever going to get the popcorn to turn out just like the movie theater can and as long as somebody in the audience isn’t on their cell phone or trying to carry on a conversation with the actors on screen, seeing a movie with a like-minded crowd just adds to the experience.
I think the period of time from roughly 1938-1950 is the best in cinema history. Most of my favorite movies were made in that time frame. Many of those films, I had to be content just enjoying them at home. But something else has changed in recent years.
Thanks to a joint effort between Turner Classic Movies and Fathom Events many classic films are coming back to theaters (for short runs, usually two days) like Cinemark right here in Bridgeport at Meadowbrook Mall.
I’ve personally seen Mr. Smith Goes To Washington, The Maltese Falcon, North by Northwest, Rear Window and Casablanca (twice) in the past couple of years at Cinemark. That’s five movies off my Top 20 all-time favorite list. The “newest” of those five, North by Northwest originally came out in 1959.
Why twice for Casablanca? It’s the greatest movie of all time, that’s why. Quick side note: Every year, me and my wife time watching Casablanca on New Year’s Eve so that it is the last movie and the first movie we watch every year.
The 2020 schedule of TCM Big Screen Classics through Fathom Events is a solid one..
In January, An American In Paris played for two nights at Cinemark. On Sunday, Love Story played there and will be shown again on Wednesday.
The rest of the year features The Color Purple, King Kong (the original from 1933), A League of Their Own, Airplane!, Annie, The Blues Brothers, Ghost, Babe, Close Encounters of the Third Kind, Psycho, One Flew Over the Cuckoo’s Nest and Fiddler on the Roof.
All those films are definite classics. I’m most excited about King Kong and Hitchcock’s Pyscho and will definitely be there to watch them on the big screen. 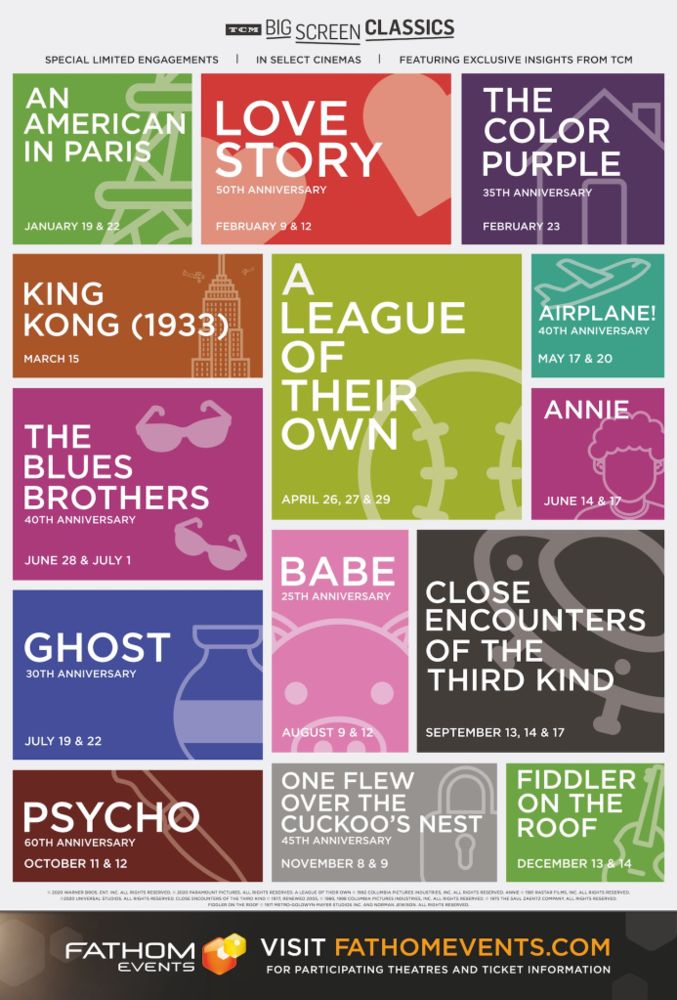 Another local option to see a classic on the big screen is the Robinson Grand Performing Arts Center. Just this past Sunday, The Help was shown. Upcoming shows include E.T. live with the WV Symphony, Ferris Bueller’s Day Off, and Aladdin.
Also, don’t forget to check out the Matinee schedule at the Bridgeport Public Library. The library frequently shows movies for kids and adults. Many of them are newer releases but just a few days before last Christmas, they showed It’s a Wonderful Life and you can’t get much more classic than that.
I’m sure there are other classic movie fans out there and I would for you to mention in the comments what older movies you have seen and what the experience was like. Or leave me a comment with what classic you would love to be shown on the big screen.
My Top 6 wish list for classics I want to see on the big screen is as follows: The Big Sleep, Sullivan’s Travels, The Creature from the Black Lagoon, The Third Man, The Lady Vainishes and the Disney animated version of Robin Hood.
Let me know what your choices would be!
Editor's Note: Top photo is a movie still from Casablance, middle photo is of Chris' certificate for completing an Alfred Hitchcock course and the bottom is a schedule for the 2020 TCM Big Screen Classics through Fathom Events.