Outside the Tribe: High School Basketball Ready to Take March Madness to Another Level

By Chris Johnson on March 02, 2021 from Outside the Tribe

The calendar says today is March 2.
I’m pretty sure that is accurate even though it is now Day 6,731 of the pandemic and I have clearly lost all concept of time. 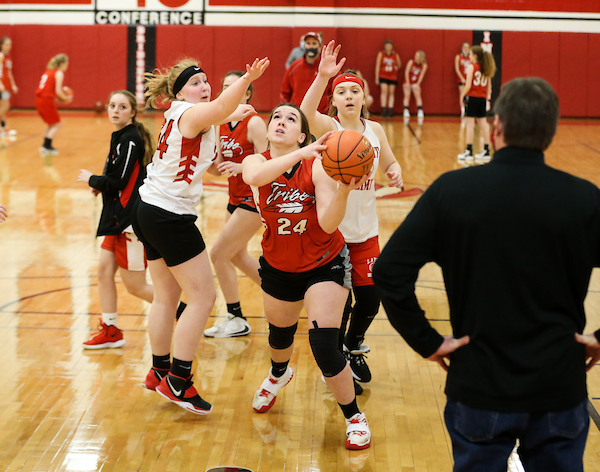 Tomorrow, there will be high school basketball games in West Virginia. It’s been almost a full year since I’ve been in a gym watching a game. It was March 11 to be exact. I was in Charleston for the girls state tournament, saw No. 8 Bridgeport fall to No. 1 North Marion in overtime – a quarterfinal game that anybody who was there will tell you that the Indians should have won.
I went back to the hotel that night, saw the news that Rudy Gobert of the Utah Jazz had tested positive for the coronavirus and I don’t think I’ve used the word normal in regard to sports since.
Shutdowns, cancellations, guidelines, restrictions, at least three different schedules for winter sports, we navigated it all and finally made it to where actual games can begin.
One of my good friends, Jason Philyaw, is the play-by-play man for Ironton High School in Ohio. A couple of nights ago, he called a sectional championship game. The same day I was gathering information for a season preview.
Don’t get me wrong, I’m excited for high school basketball to be back as I’m sure most of you are. But I’m not sure it has sunk in with everybody just how crazy the next couple of weeks are going to be.
Basketball is the reason the phrase “March Madness” exists. But madness for what’s in store doesn’t seem strong enough. It’s as if this state collectively got together and said, “You think that’s crazy, here hold my NFHS approved bottle of chocolate milk.”
Wrestling and swimming also start back up this week. Both sports will also have condensed seasons, however they will still on average have just one or two events per week which is somewhat normal. Basketball will not only be condensed but at a break-neck speed. 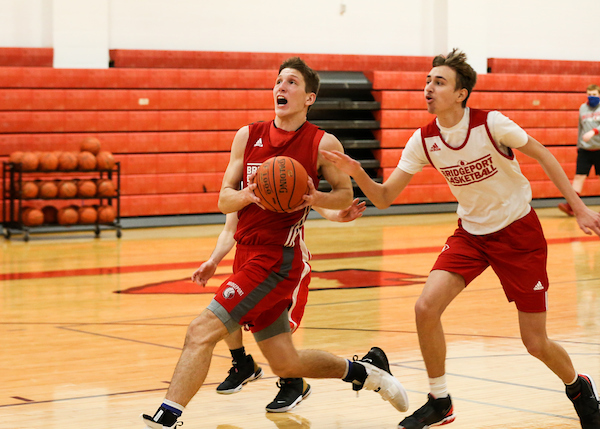 Pretty much every high school girls and boys basketball team in the state will be playing three to four games a week. Again, that is every school in the state. And that is just varsity. Throw in junior varsity for some schools and freshmen teams for a few more
At BHS, the girls play their season opener on Wednesday at Fairmont Senior. The Indians then have their home opener on Friday. The BHS boys open their season at home on Saturday afternoon against Fairmont Senior.
There is no basketball game scheduled for Thursday (March 4). Not counting Sundays, there are only two other days on the school calendar (March 15 and April 3) where there is not at least one basketball game up to April 10, which is when girls sectionals will start.
Speaking of postseason, the state also beings its two-year trial period with four classes for basketball. Bridgeport of course is one of the Class AAAA schools, creating a situation where there will not be at least one sectional opponent either within the county or at a bordering county.
The rest of Bridgeport’s section will consist of Buckhannon-Upshur, University and Preston.
The four-class system even has some of my statewide peers discombobulated as Fayetteville received votes in the AP preseason boys polls. Fayetteville closed and was consolidated into Oak Hill in 2019.
Prior to the pandemic, it was becoming difficult to schedule officials for basketball games and that is only going to be worse this season (stay tuned to Connect-Bridgeport for a story about how officials are approaching the season in the upcoming days). 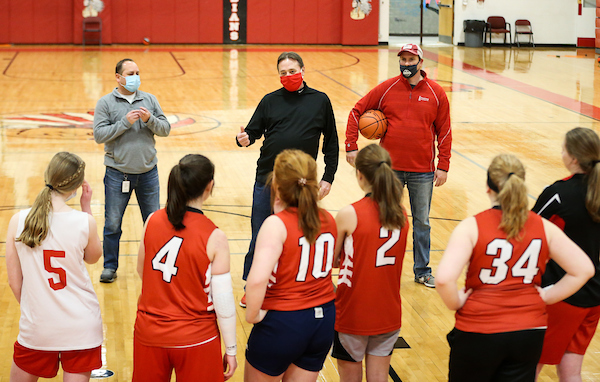 And oh yeah, there is still a pandemic going on. Granted, the numbers have been trending in the right direction for some time now but how many people would be surprised if there are changes to schedules or cancelations because of COVID.
One boys team in the state, Parkersburg High School, and one girls team, Morgantown, are already forced the delay the start of the season because of quarantine issues.
Again, I am glad there is going to be a basketball season and I’m excited to get in a gym this week.
My advice for everybody (myself included) is to get as much rest as possible today and forget everything you know about jump balls (one of the guidelines still in play is the elimination of the jump ball at the start of the game).
Once Wednesday hits, it’s going to be a dead-on sprint to the state tournaments in Charleston with little time to catch your breath and a whole lot of adjusting on the fly.
Editor's Note: Top and bottom photos of a recent girls basketball practice as well as middle photo of a recent boys basketball practice courtesy of www.benqueenphotography.com 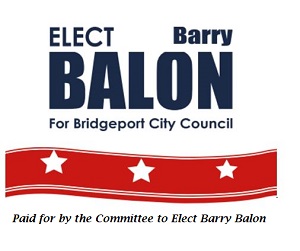