A Little Know-Howe: Giant-Size Challenge in Norman as WVU heads into Oklahoma to Battle Sooners

Up next for the Mountaineers … the Oklahoma Sooners.
Not exactly the opponent you are hoping to see when you’re trying to get well. Last Saturday, for the second straight week, West Virginia showed flashes of what the future may hold.
As the injuries mount for West Virginia, we are getting a good look at this freshman class. Five of them played on defense last Saturday against Iowa State.
Jordan Jefferson, Nicktroy Fortune, Kerry Martin, Tase Mayo and Tykee Smith all saw significant action and expect to again. Smith's pick six was the highlight of the game for West Virginia. The defensive backs in particular will face a major challenge today. 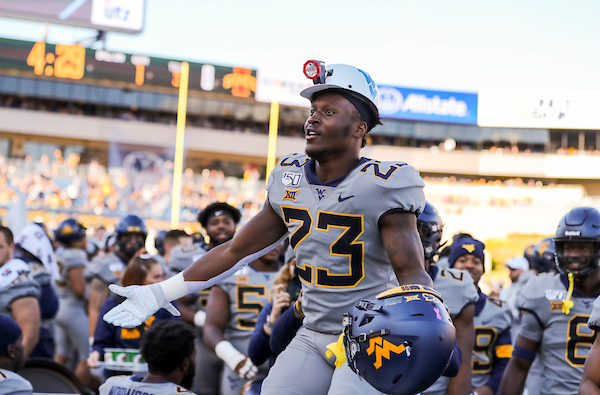 WVU has faced two of the best quarterbacks in the league in Sam Ehlinger and Brock Purdy in back-to-back weeks. Now the Mountaineers will get perhaps the best quarterback in the league.
Jalen Hurts arrived in Norman in the off season as a graduate transfer from Alabama. All he did there was help the Crimson Tide to a 26-2 record as a starter and a national title. So far in 2019, we have seen more of his individual skills on display.
Hurts enters today’s game leading the country in yards per passing attempt (12.8), second in quarterback rating and top 10 in four other passing categories. Add in the fact that Hurts leads the Sooners in rushing yards (630) and rushing touchdowns (8) and you can see why the OU signal caller is squarely in the mix to become the third consecutive Heisman Trophy winner to wear the crimson and cream.
On the other side, West Virginia remains in flux at the quarterback position. Austin Kendall left the Iowa State game in the first series after taking a hit while throwing. He didn’t return.
Neal Brown said said on Thursday Kendall will get the start this week against his former school. Brown had previously stated Kendall would not start unless he was 100 percent so we'll take them at their word that is the case. But, keep an eye on Kendall as he takes a few hits early.
Kendall's return certainly provides a boost to an offense that really struggled without him last week against Iowa State. Jack Allison came 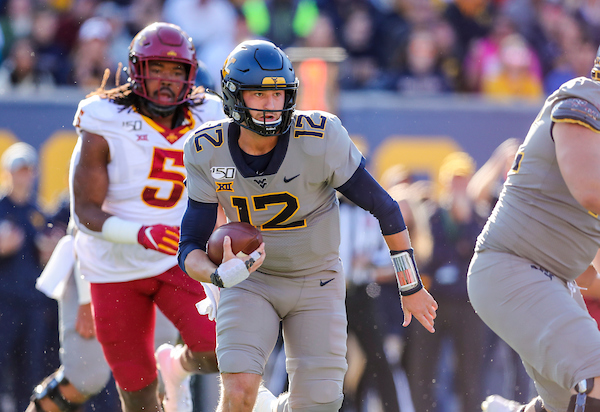 on in relief against the Cyclones and went 18-24 for 140 yards, one touchdown and one interception.
Oklahoma remains the only school in the league West Virginia has not beaten. It’s a tough ask to break that streak today.
The Sooners are nearly five touchdown favorites. Since the start of the 2014 college football season there have been 60 games where the closing line favored the home team by 32.5-34.5 points. The team like Oklahoma in that situation is 60-0.
If you’re interested in the spread …the team like WVU in that situation is 35-25 ATS, covering by an average of 1.1 points Yes, a win will be tough today in Norman. So I’m going into this one looking for individual victories.
Much like West Virginia’s basketball team last year after the dismissal of Esa Ahmad and Wes Harris, I’m interested in seeing what the future may look like for WVU as the youth movement continues.
How do all these young defensive guys play when facing one of the nation’s best offenses? Do they rise to the challenge? Do they stick their face(s) in the fan?
How will this still inexperienced offensive line fare against two of the best individual defenders in the Big 12 - defensive lineman Neville Gallimore (#90) and linebacker Kenneth Murray (#9), the Big 12 preseason defensive player of the year?
The Neal Brown re-build continues today against one of college football’s elite teams. Can West Virginia keep it closer than the experts think?
NOTE: For more on the WVU - Oklahoma game, I invite you to listen in to our nine hours of gameday coverage beginning at 9am on the Metronews Radio Network. I will be joined by Hoppy Kercheval, Greg Hunter, Kyle Wiggs, Dave Weekley, Fred Persinger and former WVU defensive coordinator, Steve Dunlap.
You can listen to our coverage beginning at 9am on radio stations throughout the state or by streaming live at: WVMertronews.com .
Editor's Note: Top photo shows Tykee Smith after last week's pick six, while Austin Kendall is shown scrambling before last week's injury. Photos by Ben Queen of www.benqueenphotgraphy.com.