As Tuesday’s practice session during the final week of the three-week period was winding down, Bridgeport High School boys basketball coach Dave Marshall had a message for his team.
“Embrace the misery,” he told them. 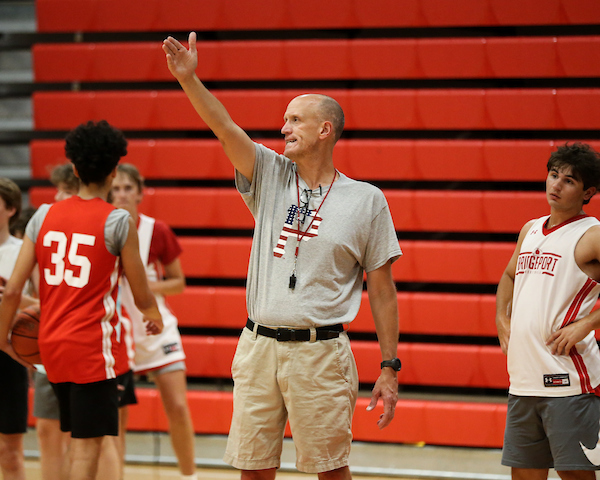 On the surface that might seem like a negative thought. But anybody who has spent any time with the long-time coach, that’s not his style at all. In fact, it’s just motivation to make the most out of the hand you’ve been dealt.
“That’s kind of my M.O.,” Marshall said. “My terminology used to be “mental toughness.” I’ve heard a college coach say (embrace the misery) and thought that’s a pretty good way to say it.
“We were playing at (Fairmont) Senior two weeks ago and it was miserably hot, no ventilation. That, not having everybody available, those type of things help with mental toughness and those type things can make you a better person and hopefully a better basketball player.”
Mental toughness seems to already be one of the many traits that the incoming senior class for the Indians has. It’s a group that features four returning starters in Mitchell Duez, Jaden Haywood, Thomas Ayoob and Connor Meese as well as a host of other hard-nosed players that can shoot the lights out.
Marshall raves about his group of seniors and he has noticed during the three-week period that their attitude is rubbing off on the younger players.
“I like this junior class a lot even if it’s small and I like this sophomore class a lot,” Marshall said. “But their challenges are to come and play with that type of energy and intensity and to practice like the seniors. This senior group, that’s not an issue with them.” 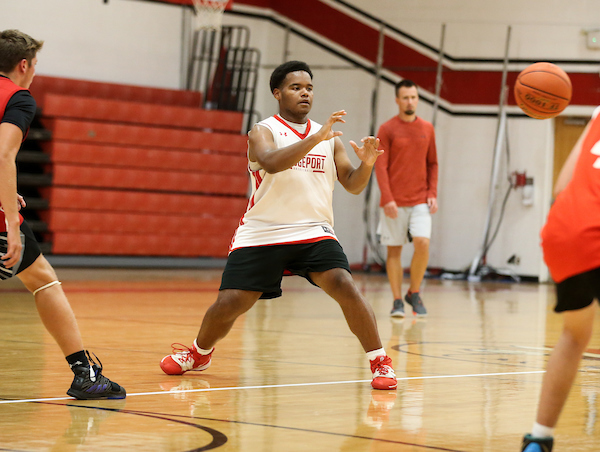 The Indians were set to play two more games in the Fairmont Senior summer league this week, which comes off the heels of three games in the RCB shootout in Week 2 and a handful of games the first week of the period also at Senior.
Although BHS has been victim to some of the same pitfalls that every school deals with in regard to the three-week period (vacations, practices for other sports, etc.) there has been a big enough sample size of games and more importantly for the summer, in-game situations, for Marshall to see that what the team is working on practice is being applied.

“When you are playing as many guys as you do in the summer, you probably don’t see it as much as you would like as a coach but I do see guys that are stepping into their new roles a little bit better,” Marshall said. “It’s been kind of cool to see some of the older guys who have been here more than one year and how they are becoming owners of what we are trying to do on offense and defense.
“There’s an obvious difference between the first-year guys who are just trying to figure out the x’s and o’s and where they are supposed to be. You see the older guys owning those spots.”
Editor's Note: Top photo of Marshall issuing instructions and bottom photo of Haywood awaiting a pass courtesy of www.benqueenphotography.com