Ever since its inception the three-week workout period for high school sports teams in West Virginia has had to deal with logistic issues.
The combination of athletes juggling multiple sports, travel ball, camps with family vacation time and summer jobs often creates a situation where a team doesn’t know who it is going to have present from day to day. 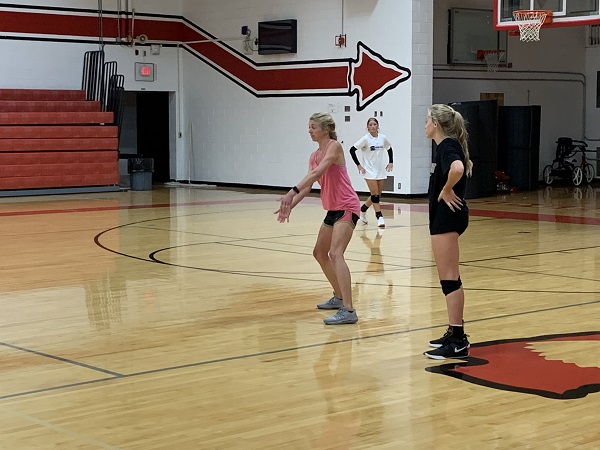 Normally, the three-week period falls in June. This year with everything pushed back because of the COVID pandemic, the three-week period was in July, which has only intensified those logistic issues.
“It’s been nice to see the younger ones, to see the freshmen” Bridgeport High School volleyball coach Ali Burton said. “They have been super consistent at being here. It’s been nice to get them in here with a mix of older girls.
“It’s hard because you can’t get a real grasp on a real idea of what we are going to be able to do because you haven’t had everybody here. They have come in with a good attitude and they work hard wherever we put them."
The Indians are coming off a 22-8 season in which they made it to the Class AAA state tournament quarterfinals. They have to replace a couple of key players including Julia Griffith, the team’s libero, and Shea Hefner, who did a little bit of everything and is now playing at West Virginia University.
But there is a solid group of returnees led by the likes of Violet Sickles, Alexa Martin, Jacey Lucas, Cambria Freeman, Grace Backus and a talented group of younger players. 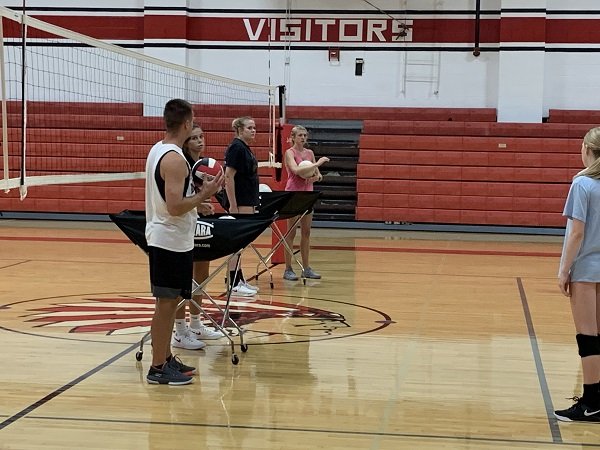 While some of the veteran players have missed time the first two weeks, the positive is that they have generally still been busy doing something volleyball-related at various camps.
“There are always a couple that call and ask if it’s OK that they go,” Burton said. “And it’s always, Yes please go to Penn State, go to Virginia Tech, go to the University of Florida.”
Last week, Sickles was even at a WVU camp in which Hefner was there as one of the Mountaineers' volunteer instructors.
Hefner, one of the best players in program history and one of the state’s elite prep players the past couple of season, leaves an obvious void on the floor but it isn’t just about her statistics, it’s the vocal leadership and coach on the floor mentality that Burton is searching for this summer amongst her returnees.
“It’s been quiet the first two weeks,” Burton said. “And that’s something we need to get on them about. You lose that kind of player like Shea that goes out there and roams the court and isn’t afraid to pull someone aside and tell them what they need to be doing, it’s a gut punch.
“We need them to have the confidence that they will be OK without her. And they will be. The talent is there. They just have to trust each other and trust themselves.
The Indians will get a sample taste of going up against quality opposition when they go to a tournament on Thursday this week at Philip Barbour. BHS will be joined by Musselman, Herbert Hoover and Ritchie County.
Editor's Note: Photos from a three-week period practice session last week for the BHS volleyball team.