Behind a strong pitching effort by Chris Harbert, the scorching hot bat of Aidan Paulsen, an enthusiastic home crowd and a heads up play on the base paths by Cam Cole, the Class AAA defending state champion Indians advanced to a winner takes all Region I, Section 2 championship game Saturday against University following a 12-2 victory against the Hawks on Friday. 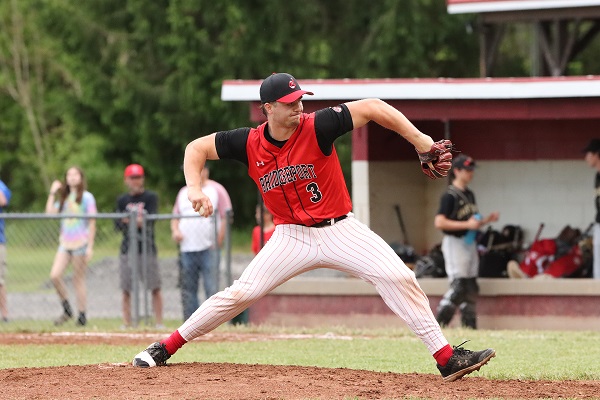 Harbert, who has been limited to his time on the mound this year because of injuries, went five solid innings, allowing just three hits, one earned run and a pair of strikeouts.
He had entered the game with just slightly more than seven innings pitched this year.
“I thought Chris did a great job,” BHS coach Robert Shields said. “This was his longest outing of the year. He kept them off-balance. He was hitting his spots really well. When he did miss, he didn’t miss bad.”
Paulsen hit an RBI double and crushed a two-run homer, his third of the season, to lead another balanced offensive attack.
Cole drove in two runs and scored the run that sealed the 10-run victory, stealing home in the bottom of the fifth to force the mercy rule into effect.
“We had some guys set the tone today,” Shields said. “They had good plate appearances, getting people in scoring position and coming through. That’s what we need to do. That’s what I’m accustomed to with Bridgeport baseball.”
The win also served as a bit of revenge as the Hawks beat the Indians on Wednesday, 13-3, to force BHS into a situation where it has to beat UHS twice.
Saturday’s finale will start at 6 p.m. and the winner will move on to face Morgantown in the regional championship series.
Editor's Note: Photo of Harbert courtesy of Joe LaRocca.