By Connect-Bridgeport Staff on October 11, 2019 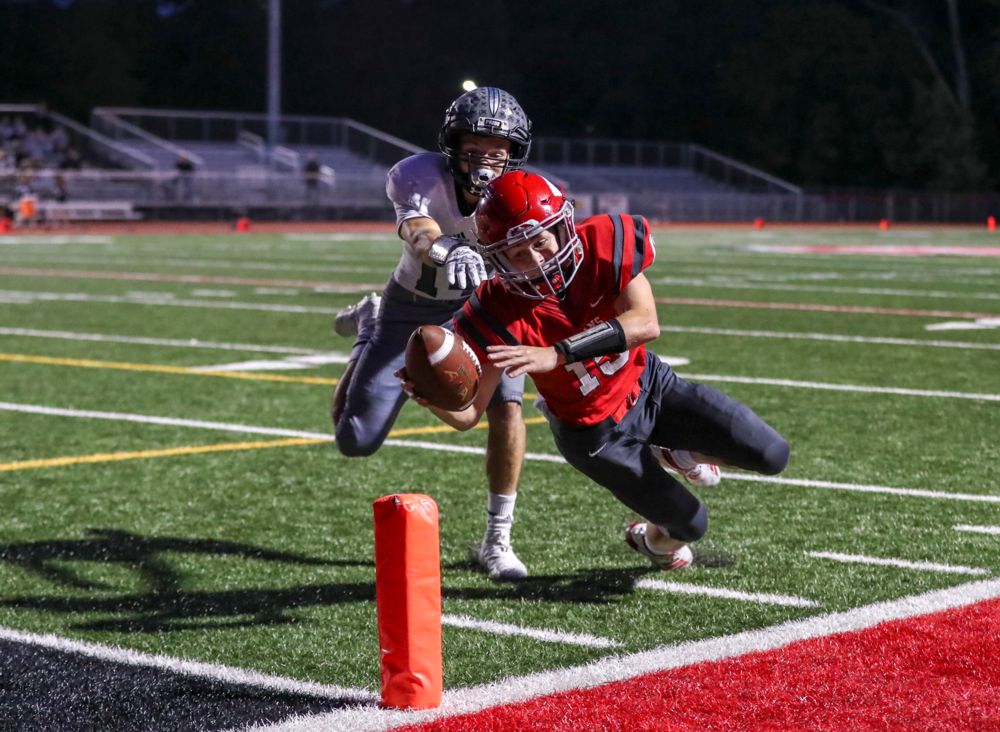 Game story by Doug Comer
Homecoming is an exciting week for any school as former alumni travels back to their alma mater while the kids who currently attend school spends weeks preparing for that special weekend that involves dances, dresses, dinners and, of course, football.  For Bridgeport head football coach John Cole, he knows that he must keep his team focused for Friday’s game and let the social aspects of the week take a backseat.
“During the week where its homecoming and there’s distractions and, as a coach, we are not comfortable with that but we tell the players to keep focus, and we played well….on both sides of the ball. We came out focused and made a couple big plays on defense and that really just set the tone for us.  We executed and that is what we needed them to do and we knew that we could not overlook a team like this.”
Preston received the opening kickoff and took a quick three-and-out before punting to the home standing Indians who wasted little time apply the heat early with a 7 play, 48-yard drive as Cam Cole scored on a 9-yard keeper to the left side. Austin Springer’s point-after gave Bridgeport a 7-0 advantage.
The hosts would capitalize on two more scores from a Carson Winkie fumble recovery and a Cole interception. In prime real estate, running back Brian Henderson scored from 6 yards out for the second score of the game while Winkie crossed the end zone at the 3:38 mark of the quarter to take the early three touchdown lead. 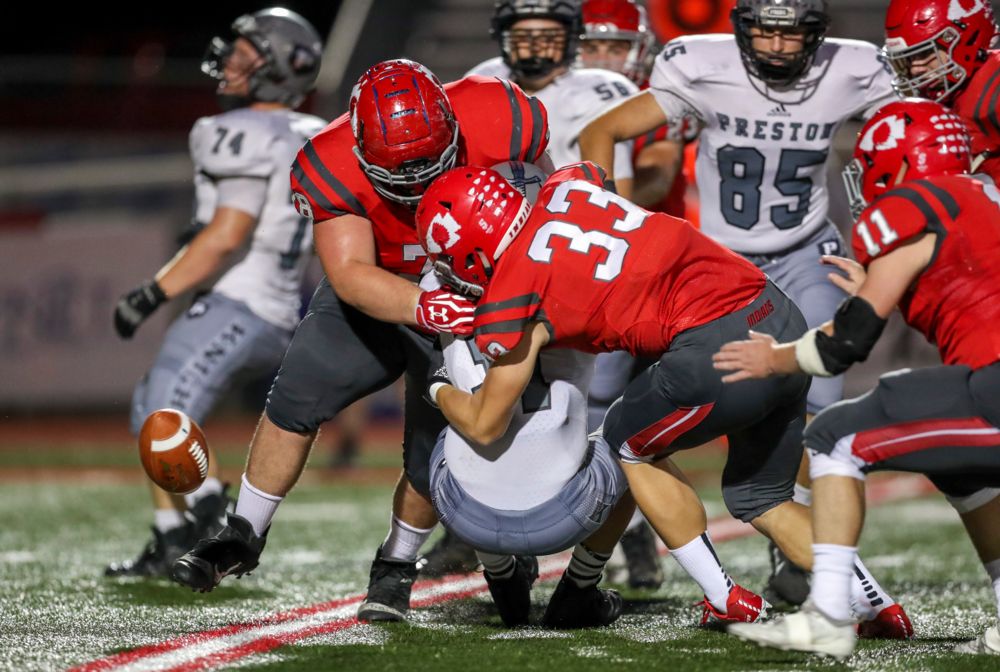 Following punts from both squads, the Indian defense stepped up once again at the beginning of the second period. A sack on Preston’s Trevor Thomas by J.T. Muller for a 6-yard loss and another scramble from Thomas forced the guests into yet another punt.  Winkie and the offense would find the goal line once again from 4 yards out. The drive took 3:29 minutes and eight plays.
The Winkie show was not over though as, in their next possession, he received an 18-yard pass from Cole and took it for a 41-yard TD that gave the hosts a lopsided 35-0 lead.
Defensively for the Indians, Preston had a meager 4 yards of total offense to compliment the two turnovers and negative 7 yards passing from Thomas. Coach Cole felt the defense was the momentum gainer for the team as he explains.
“The performance in the first half by the defense was exactly what we needed as we got a couple good stops and our preparation coming in was to keep focused and not look past this game. I thought the did real well in preparing and executing.”
With the game pretty much out of reach, and when you have a stable full of horses, sometimes you got to let them out to run. Ten different 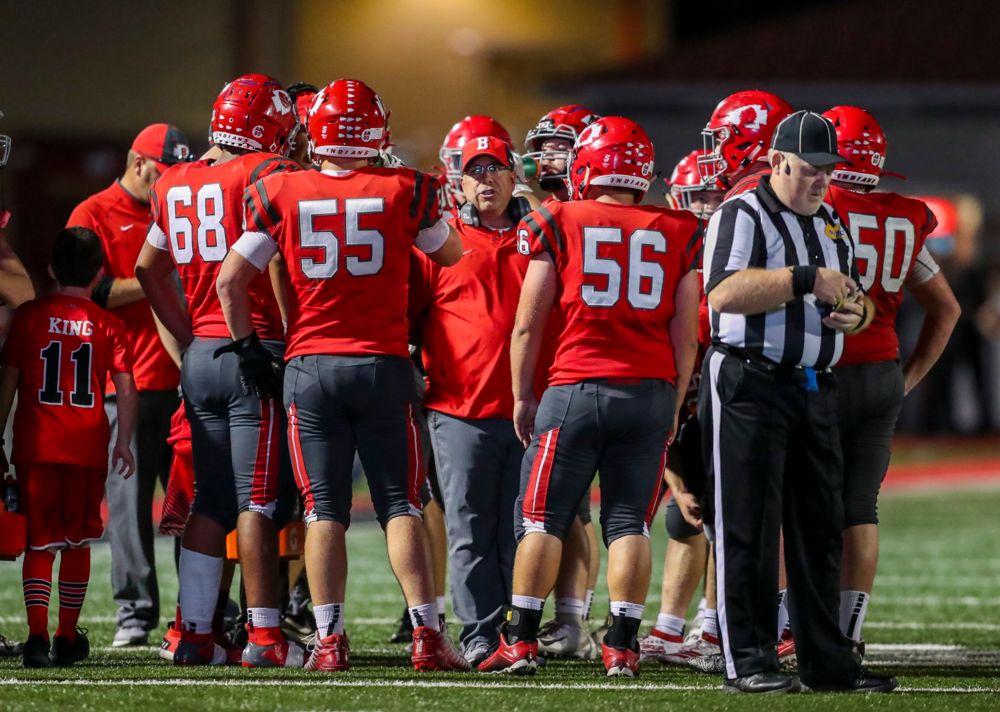 runners got touches for the Indians and like the NFL where most coaches practice the running back by committee philosophy, Cole is fortunate to a committee that consists of a wider selection than the standard two or three backs.  His belief in who gets touches comes from the week’s preparation.
“The game plan is to focus on the running game and when you have nine in the box and the formations we run, we are going to have options,” said Cole.  “We have strong competition at the back position and that is a good thing. Our offensive coordinator evaluates them during the week and to see them block for each other and be unselfish will earn them the chance to run the football.  He rotates the players in based on the formations we like and hopefully they make the most of the limited carries they get.”
The backfield accounted for six rushing scores and amassed 357 yards on the ground. Cole and Trey Pancake each missed the 100-yard mark by five and three yards but both did reach the end zone once.
While the host Indians had shiny helmets playing a lot in the second half, the Knights did score twice. Thomas kept the ball on a 1-yard dive to open the scoring and he later connected with receiver Allen Rosenberger on a 64-yard slant play where he eluded three Indian defenders before crossing the goal line.  Rosenberger would be the lone bright spot for Preston as his 3 receptions for 94 yards and a score led all 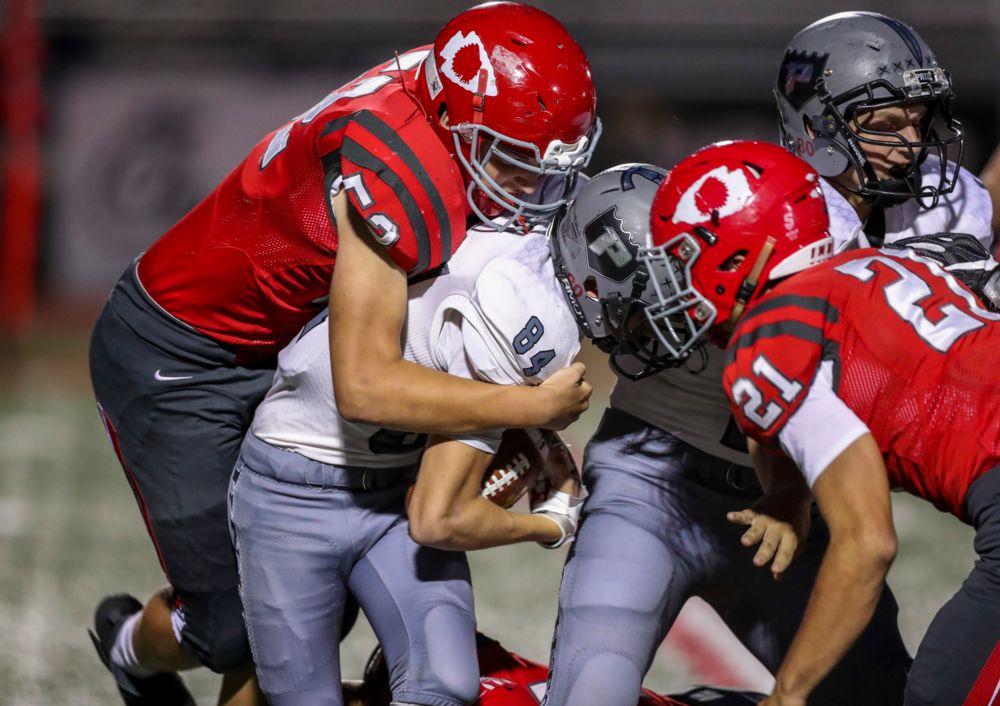 receivers.
The Indians last score of the game came at the 11:10 mark of the fourth quarter where sophomore Gabe Ross capped off a 16 play, 68-yard drive with a two yard run.  The offense dominated as they out-performed the guests 429-134 in total offense. The Indian defense held Preston to just 40 yards rushing on 26 totes.
The 49-14 victory was a solid win for the Indians, but now they must travel to Elkins next week to take on the Tigers, who now stands at 2-4 after squeaking past Roane County 32-30. Coach Cole knows not to take things for granted when headed to Randolph County.
“We have a couple big games coming up and it is never easy to play in Elkins. I told the kids the last two road games that it will not be an easy contest.  We are sort of built for them and by that I mean they know what we have and what we are going to do.  They have decent size and have one of two pretty good backs.  Playing on natural turf and their ability to play hard will be a factor in the game plus having to travel as the last two trips has given us some problems so we will have to be ready to play and the motivation has to be there in order for us to succeed cause I know they will be.”
Click HERE to view more game photos by Ben Queen.
Click HERE to view photos of Emma Perine being named the 2019 BHS Homecoming Queen.