Ever since he took over as the head coach for the Bridgeport High School girls basketball team, Herman Pierson has had the goal of increasing interest in the program and building tradition.
During the three-week workout period this year, Pierson has combined forces with his returning players and some who are still at least a year away from playing high school ball. 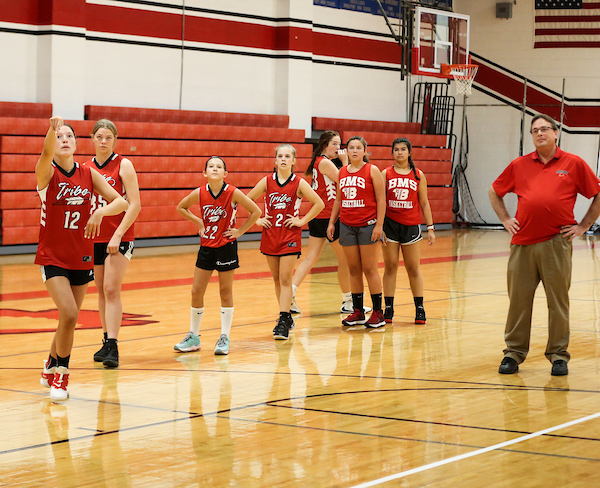 “I’ve had the middle school girls come in and have the older ones both participate and run the practice,” Pierson said. “It’s been a great experience. They get to know one another and it gives them a chance to see what they will face when they come to high school. The older girls have been very good with instructing them. I made them set up and the girls have run the practice with my help.”
The process also helps create something a little different during the three-week period where the number of participants fluctuates on a daily basis thanks to a variety of factors including travel teams, camps, vacations, work and being part of another sport taking advantage of the three weeks.
“I’ve had as many as 22 and as few as eight or nine,” Pierson said. “The three-week period being in July rather than June has been rough. A lot of them though are doing something basketball related when they are not here. I have a few playing on travel teams but have spent time here as well.
“We had a lot of them get together and play in the spring so in April and May most of these young ladies were out playing as a group with somebody else coaching them. And I took a couple of flex days and worked with them. 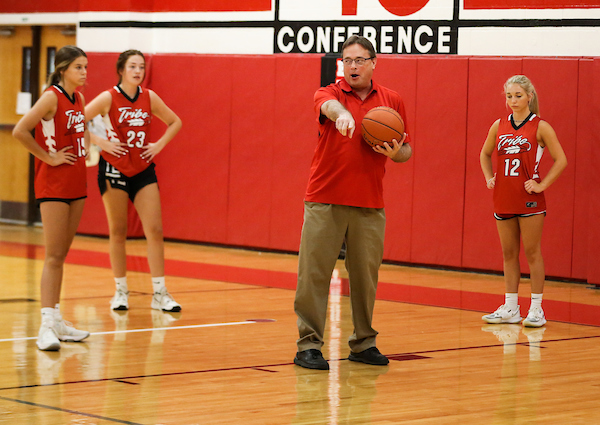 “We have some younger girls who have emerged this summer. I’m very excited about the freshmen. From what I’ve seen so far we are going to be able to play a lot more aggressive this year and we ill play nine to 11 girls and not worry about foul trouble.”
Adding depth bodes well for the Indians who have a solid nucleus coming back led by all-state junior point guard Gabby Reep and defensive stopper Ally Bender. The Indians do however have some holes to fill with the graduation of Paige Humble, Annamarie Pinti and others.
“We got so much done in the spring and with that I think we were able to accomplish a lot in the three weeks,” Pierson said. “I’ve got a nice freshman group and some of my other girls who have played here and there have definitely shown what they can do going into next season.”
Editor's Note: Photos of a recent girls basketball practice courtesy of www.benqueenphotography.com