The Grapevine: The WVIHF History of Regina Maria

By Rosalyn Queen on August 11, 2022 from The Grapevine

DID YOU KNOW? Every year hundreds of individuals gather in front of the Main Stage to open the street portion of the West Virginia Italian Heritage Festival.
Now let’s get back to the beginning. It was about April in 1979 and most of the other parts of the festival were on their way to being completed. We had a meeting and decided that here were some events that we needed to include in the festival; events that attracted 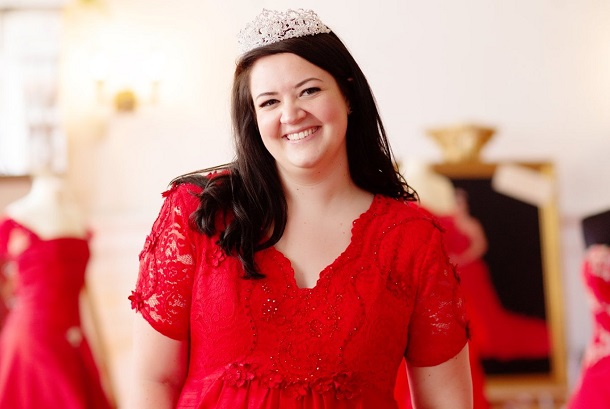 people. Two of the events that we decided we needed to include was a queen and her court and a parade. In this blog I am going to share some of the items we included in the attendees of the court.
We decided that by having a court we could involve our youth and introduce them to their Italian culture. Since our mission was to preserve and present our culture we had to start with our young children
First, we decided on a name. Loretta Mazzie came up with the name “Regina Maria.”  In Italian Regina means Queen and Maria was the first name of the first Queen.
Next, we had to decide how we were going to get our first Regina. After much discussion we decided to have a contest. Each young lady would be between the age of 18 to 25, they would be Italian American.
In the contest they would wear a costume, which was popular in the region of Italy their descendants came from. As part of the competition, they would explain their costume. They would be judged on their costume their presentation and their general appearance. There would always be two young ladies from Harrison County who would serve as Maids of Honor.
JoAnn Leeson served as the chairman of this committee and the judges were individuals from the community. After the first selection a committee was appointed by the chairman of the board and was known only to the chairman. A city would be chosen, and contacts were 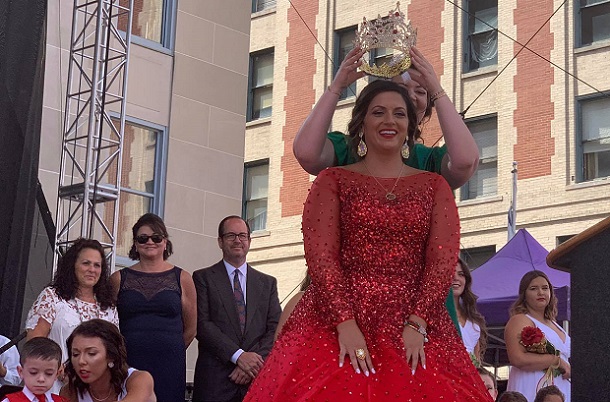 made from individuals like teachers, elected officials, priests, and Italian American community leaders. This information would be gathered, and a meeting would be arranged for the individual and the committee. Once the selection was made a press conference was held to make the announcement.
After the selection was made a gold necklace was presented to the young lady who would serve as the first Regina. The necklace showed her acceptance of the title and her willingness to represent our Italian culture.
We next had to decide who would crown her and it was decided that our Secretary of State A. James Manchin would crown her at the opening ceremony. After the first young lady was crowned, the coronation would then be handled from one Regina to the next. The reigning Regina would wear a red gown and the outgoing queen would wear green. This coming from the colors of the Italian flag.
In the first 25 years the following young ladies from Harrison County served as Regina Maria: Mary Frances Beto Smith, Leslie Queen Pruitt, Catherine Mancina Smith, Laurie Ann Faix DeCarlo, Andrea, Wolf, Mary Helen Shields, and Kristen Suzanne Queen.
The tradition continues and the involvement of the young Italian Americans adds so much to our mission as they proclaim their pride in their culture. It is very important that they learn about these traditions and share them with their friends.
As our newscaster friend would say “Now you know the rest of the story.”
Make plans to attend the festival and until next week “Now You Have Heard It Through The Grapevine.”
Editor's Note: Photos of past Regina Maria's courtesy of the West Virginia Italian Heritage Festival Facebook page.