A Little Know-Howe: All Not Lost as WVU Looks to Contain Sooners Offense, Move to Big 12 Title Game 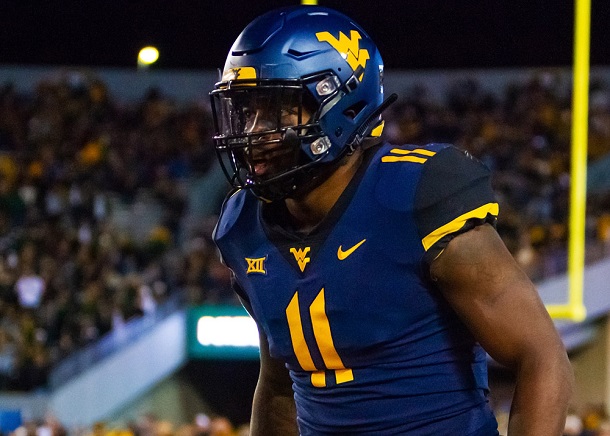 anything but.
Think about this … Oklahoma has AVERAGED 57.5 points per game against West Virginia over the past two games and is even more difficult to stop this season.
Yes, the last two version’s of the Sooners offense had Baker Mayfield, the 2017 Heisman Trophy winner. He was efficient last year, but Oklahoma didn’t need him to be great to get the win over a Will Grier-less Mountaineer team.
Mayfield was just 14-17 for 281 yards and three touchdowns. A tremendous day, but not one that probably stands out among his all-time great games. West Virginia couldn’t stop the Sooners on the ground. OU went off for 313 rushing yards in the 59-31 win. The Sooners averaged nearly nine yards per carry.
And 2016 wasn’t much different. OU went for 316 yards on the ground in a 56-28 win over West Virginia. Mayfield was just 9-15 for 169 yards in that 2016 game.
Think about that … Oklahoma beat West Virginia by a combined 115-59 and Baker Mayfield was just 23-32 for 450 yards and five t 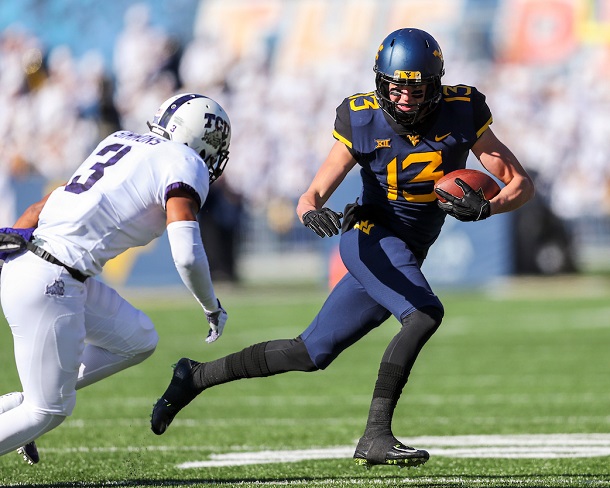 ouchdowns. That may be the stat line for one of the two quarterbacks TODAY.
Oklahoma comes in as the nation’s seventh best rushing offense and 11th best passing offense. The difference between this year’s Oklahoma team and the last two is they are even more dangerous at the quarterback position.
West Virginia got a taste of how dynamic Kyler Murray is last year on the game’s first play. Murray got the start for the suspended Baker Mayfield and promptly ripped off a 66-yard run on the games first play. His ability on designed runs is a real problem for defenses. His ability to scramble when the play breaks down is devastating. Add in that he throws for an average of 300 yards per game and you can see why WVU defensive coordinator Tony Gibson probably hasn’t slept this week.
The other side of the ball for Oklahoma isn’t quite as scary. Defensive coordinator Mike Stoops was fired in mid-season after the unit struggled mightily in a 48-45 loss to Texas.
New defensive coordinator Ruffin McNeill hasn’t fared much better. In fact, it seems as if this Sooner defense is getting worse. 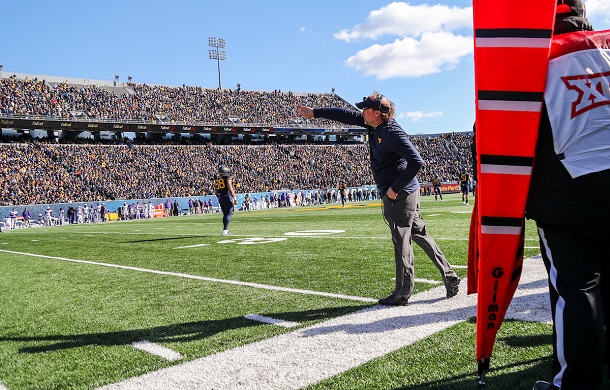 Lowly Kansas rung them up for 40 points and 348 rushing yards last week. Oklahoma has given up 46, 47 and 40 points in each of the last three games.
Oklahoma comes into today’s game ranked in the bottom 30 percent nationally in total defense and scoring defense. There’s a reason Vegas has the over/under total for this game in the mid-80s. Heck, many have wondered why it was set so LOW.
Will Grier and this West Virginia offense should have no trouble moving the ball and scoring points. The question is how many?
West Virginia had the right approach last week against Oklahoma State, but came up just short. It will need the same kind of plan this week against an even better offense in Oklahoma. Score a bunch of points and hope the defense can get a few stops either through downs or turnovers. The defense WVU struggled mightily last week, but came up with four turnovers (to West Virginia’s one).
The WVU offense was very good against the Cowboys, just not perfect.  It may have to be perfect today to get a win.
If you’re interested in more Oklahoma - West Virginia talk, I invite you to listen to our Metronews gameday radio coverage beginning at 4 p.m. today.
Find a station near you or listen live HERE.
Editor's Note: Top photo of David Long by Joe McNemar. Second photo of David Sills and bottom picture of Dan Holgorsen by Ben Queen of www.benqueenphotography.com.