A Little Know-Howe: WVU's 180 against Baylor and the Turning Points that Made Big 12 Blowout Possible

What a difference 12 days make.
On October 13th in Ames we saw the worst offensive performance by a WVU football team in more than two decades. On Thursday night against Baylor, we saw West Virginia put up more yards in the first half than any Mountaineer football team in history.
It was an impressive bounce back performance for WVU. The offense was back to the version we had seen over the first few games - 568 yards of total offense, nearly 400 through the air. 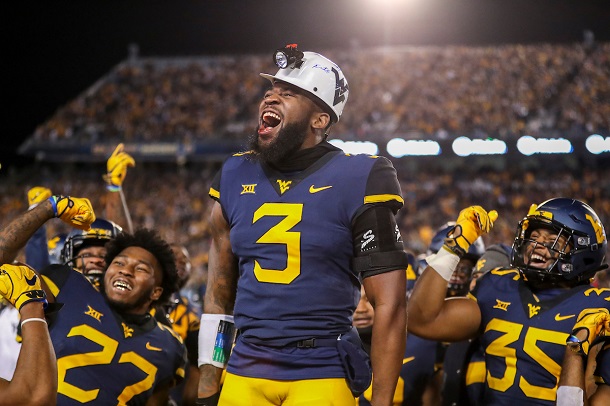 Will Grier returned to the form that made him a Heisman candidate early in the season. Grier was 17-27 for 353 yards and four total touchdowns (three passing/one rushing) in just three quarters of work.
David Sills and Gary Jennings each went over 100 yards receiving. Sills’ two touchdown catches moved him into second place all-time on the WVU touchdown receptions list, tying Tavon Austin who was on the WVU sideline for the game.
As good as the offense was, the defense was better. Tony Gibson’s crew continues to impress. You would be hard pressed to find another unit around the country that has sustained the injuries West Virginia’s defense has.
And yet, this group continues to plug guys in and make plays.
Morgantown High’s Shea Campbell is a great example. He started the year as a walk-on. Against Iowa State he led the team in tackles. 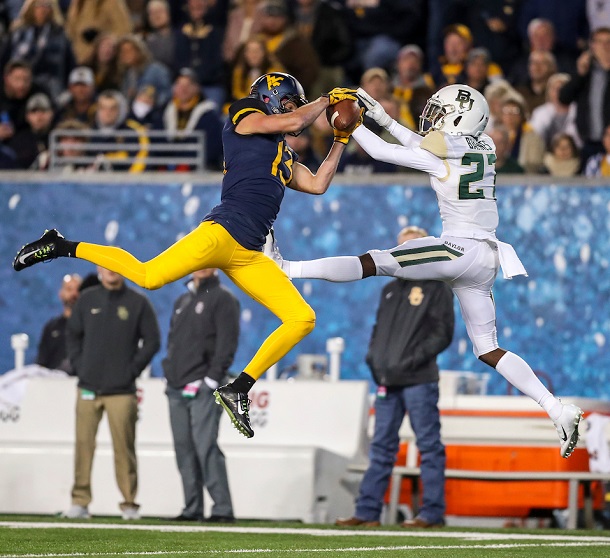 On Thursday, he picked up his first career interception and assisted on a tackle for loss.
On a night when you win 58-14 there are many individual plays and performances you can point to as key moments. But, one in particular came on just the second offensive play for the Bears.
Star Baylor wide receiver Denzel Mims was open across the middle. Quarterback Charlie Brewer delivered a strike to Mims that looked as if it was going to go for a first down. Instead, Mims was met by safety Kenny Robinson who delivered a monster hit. The ball popped loose, fell to the ground and the pass was ruled incomplete.
One could argue the game ended right there. West Virginia already had a 7-0 lead and the hit by Robinson set the tone for what Baylor would see all night from the WVU defense. That drive ended one play later and Baylor was forced to punt.
The next time Baylor got the ball back, Baylor tried the same play again. Brewer found Mims on a slant across the middle. This time Mims wasn’t so keen on running into traffic in the middle of the field. The pass hit Mims in the hands, bounced off and Keith Washington grabbed it for the first turnover of the night.
Baylor never recovered.
It was a near perfect bounce back game for West Virginia ... a dominating defense and an offense that found its swagger has created a team that should have a ton of confidence for the stretch run. Now West Virginia gets a couple of extra days of rest as it prepares for the biggest game of the season against a top 10 Texas Longhorn team.
Editor's Note: Top photo shows Toyous Avery Jr. after an interception celebrating on the sidelines with teammates, while bottom photo shows David Sills take away a reception from a Baylor defender. Photos by Ben Queen of www.benqueenphotography.com.