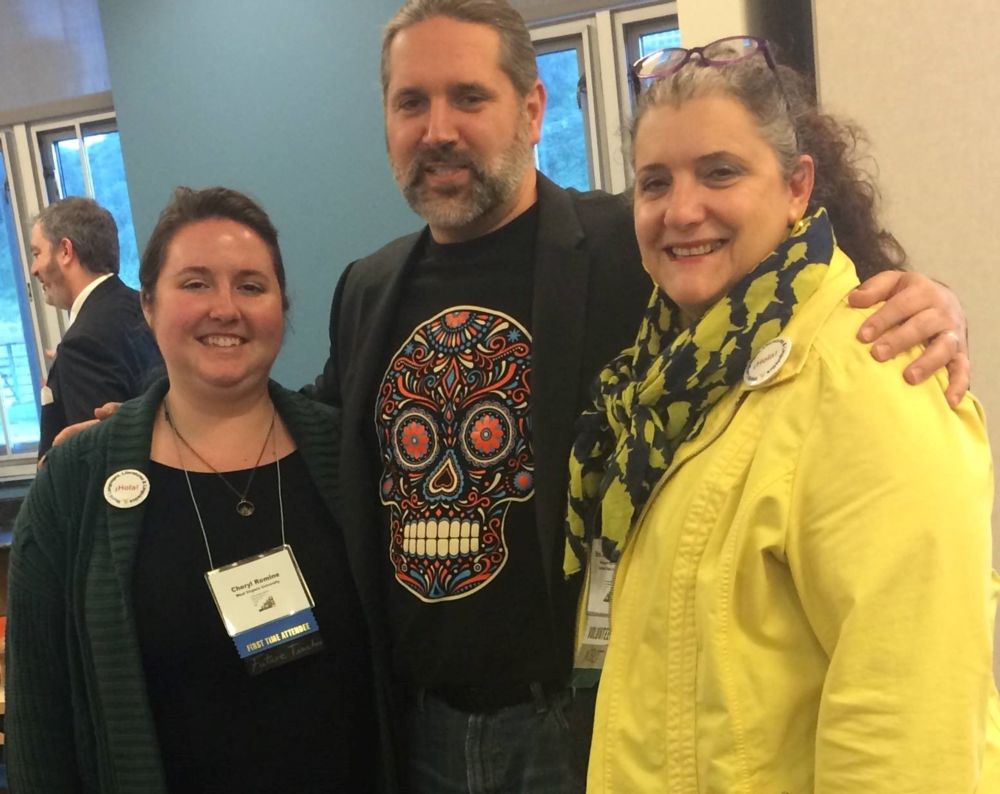 This time last year, BHS alumnus Cheryl Romine had already witnessed the teacher strike and the demonstrations at the West Virginia state capitol. She had seen the profession dragged through the mud and watched as teachers she had known and loved fought for decent wages and insurance.  None of this swayed her decision: she was going to be a teacher and, partly because of the bad press, she was determined to make a difference in the lives of students.
Last December, Romine graduated from West Virginia University with a Bachelor of Arts in World Language, Literature and Linguistics.  She had always been drawn to the humanities and, as an accomplished musician, originally thought she might want to teach music.  The more Spanish classes she experienced, however, the more her passion for language grew and, as she began the Masters and Certification program at WVU, she knew she wanted to observe the best: Dr. Jenny Santilli at BHS.
For 57 hours, Romine worked with Santilli, who had been her teacher years before.  Romine chose Santilli because she is open-minded, challenging, and creative.  While Romine once again became a familiar face in the halls of BHS, she also had the opportunity to inspire the current generation of Spanish students, seeing the theories she had learned about play out in real time.
Romine’s favorite part of the experience was watching students finally understand a concept they had been struggling with.  Through Santilli’s guidance, she worked directly with the students, answering questions and learning more about the preparation necessary for teaching. During her own time as a student, Romine had the opportunity to travel to Costa Rica and Spain, including spending time in Santander, Spain, where she studied at Menendez Pelayo International University with students from all over the world. Although they each came from different backgrounds, cultures and countries, they could all communicate through Spanish, further solidifying her decision to pursue the language.
One of Romine’s main inspirations was her own experience in high school.  Regardless of all the challenges teens face, there was always that one teacher who could truly relate to the students. In her teaching, she hopes to empathize and connect with students in that way, providing them with support and encouragement as they navigate high school.  Her vision is to help prepare students to become productive members of society and to create positive changes for their generation and her time shadowing Santilli has inspired her tremendously.
Hoping to stay in the Mountain State, Romine will continue exploring all the avenues language has to offer, finishing her master’s degree with a full arsenal of challenging and creative ideas that she will put into action in her own classroom someday.