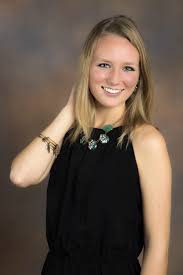 For nearly a decade, the musical talents of Ashley Driscoll have been showcased throughout Bridgeport. Whether performing at her high school commencement ceremony or teaching children during her summer orchestra camp, it is clear that her cello is an extension of who she is. Now a second-year master’s student at West Virginia University, Driscoll will be performing at the Waldomore on February 17.
Driscoll is currently the assistant principal cellist and graduated assistant conductor of the WVU Symphony Orchestra and has also been the guest conductor for West Virginia String Day and WVU Cello Day.  She holds undergraduate degrees in Music Education and Cello Performance and has presented masterclasses to public schools in West Virginia and Ohio.
Most recently, Driscoll was a strings teaching assistant at the 2018 Interlochen Arts Camp in Michigan and has attended the Paul Rolland String Method Workshop and the Ohio State String Teacher Workshop. Dedicated to music education, she continues to work with elementary students to help them hone their skills.
She, along with pianist Kyle Linscheid, will be giving two performances this month, the first of which will be on Februrary ninth at noon at the WVU Creative Arts Center.  Next, they will travel to Driscoll’s home county for an unforgettable performance in the historical Waldomore in downtown Clarksburg.  The show will begin at 2:00p.m. on February 17 and is part of the Ivory series sponsored by the Clarksburg-Harrison Cultural Foundation.