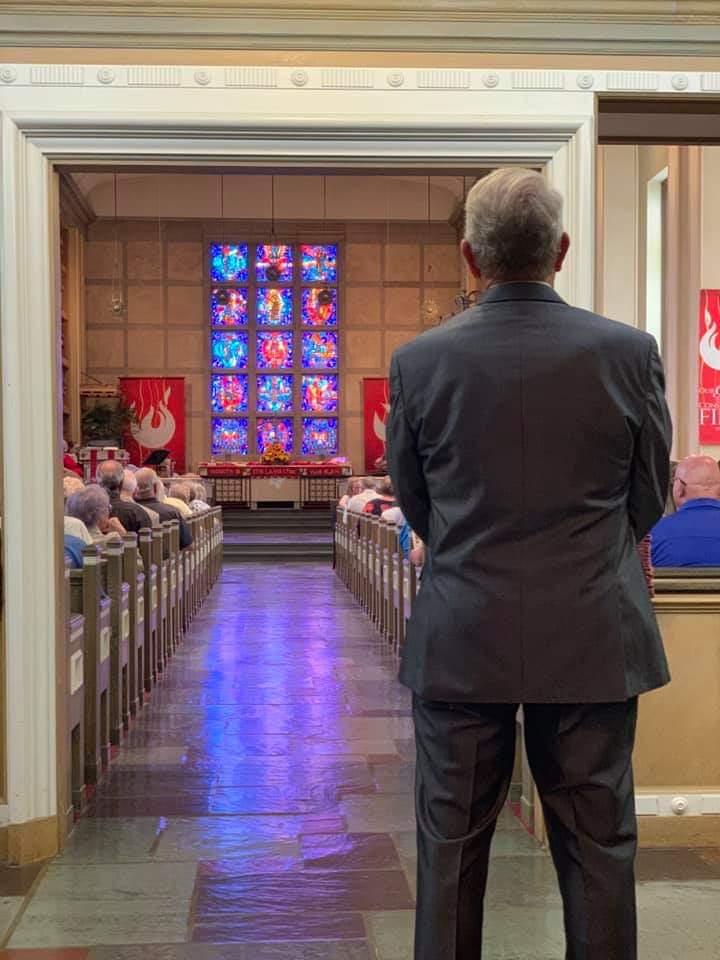 As the sixth consecutive Engle to go into ministry, Bridgeport United Methodist Church’s Steve Engle’s family’s spiritual journey of leadership can be traced back to when they first came to America from England. For those who have heard Engle preach, this type of historical reference is often interwoven in his sermons, transforming lessons into images in the listeners ear, lessons from which one can glean humanness, sincerity, and the hand of God.
On June 30, Engle preached his last official sermon as a member of the ministerial staff at Bridgeport United Methodist Church.  His retirement marks over twenty years at BUMC and nearly 50 years in ministry.  His career has taken him to six churches before he came to call BUMC home. For his final sermon, he simply embraced the story of his calling, which included both ministry and woodworking.  If one listens very closely, the two career pathways are not so different.
Both woodworking and ministry prepared him to stay sharp enough to have the strength to cut across the grain. It can be said that hard conversations are part of the job for most people, but loving unconditionally requires a certain type of man and the resources, or tools, as it were, helped Engle develop just the right method for delivering comfort and understanding.
Learning from others comes in handy for both of the fields as well.  Throughout his career as a minister, he was surrounded by people who helped him grow his faith and provided him with opportunities to serve.  His ability to build and repair has left his mark in nearly every room in the church, giving another layer to the bittersweet transition into retirement.
Engle’s sermons often pull from his personal history as well as the origins of words and hymns.  One might say he is resourceful regardless of what he has to work with, whether it be transferring an authentic 1846 log cabin to his property and completely restoring it, or making a story told thousands of years ago relevant today. 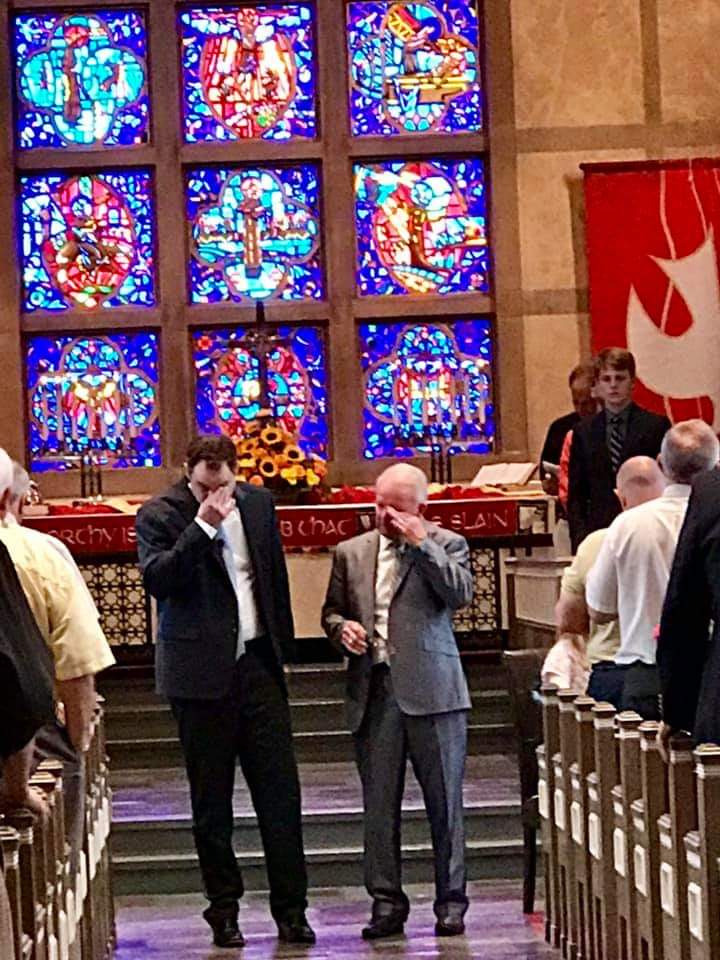 Just as a mistake in woodworking can become part of its beauty, he has used his own experiences to make the Bible more accessible to everyone, growing from each stage of his life and weaving his creativity into the final result.  When his official title at BUMC became Minister of Program, Discipleship, and Hospitality, he knew that was a fancy way of saying his gifts would be used nearly everywhere and he served well in that capacity.
Engle and his wife, Carla, have had the opportunity to travel the world, walking on the very ground traveled by Jesus and his disciples.  Together, they have prayed and sung, served and shared, and orchestrated some of the most imaginative Vacation Bible Schools around.
When asked about family, Engle immediately begins to credit his wife with the way she has impacted the lives of their own family, the church family and the families with whom she has worked in Kindermusik.
Together, they have built a unique sanctuary on Johnstown Road, which includes the log cabin and a cottage reflecting the same style.  The grounds are filled with gardens and trees and boulders, accessorized with tree houses, fishing spots and front porches worthy of long talks and tea.  They have raised four wonderful boys and are currently showering their first granddaughter with everything wonderful in life.
After preaching the word of God at BUMC for over two decades, Engle can’t quite say the word “retirement” without hesitation.  He sees it more like a redirection, one that will give him more time to do what he does best: create.
He plans to share stories with his granddaughter, travel with his wife, build with his sons, learn new skills and draw closer to God in nature.  Having recently completed a beekeeping course at Rutgers, he will now focus on the bees, the family and the wealth of friends he has made at BUMC, looking back on his life with gratitude.