When it is time to discuss an item on the City Council’s agenda, Mayor Andy Lang will call on a motion and a second to get things going. 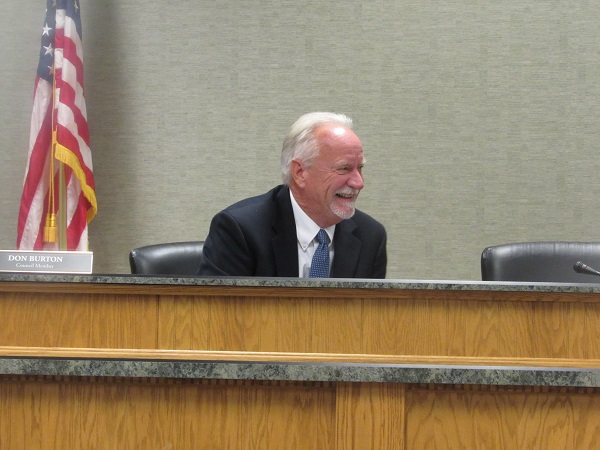 Sometimes there is a brief pause before that motion comes from a councilman as they await to see who is going to speak up first.
During Monday’s regular meeting at City Hall, when it came the fifth item of new business, Lang once again called out for a motion.
Without hesitation, Councilman Jeff Smell said, “I’d be thrilled to make a motion.”
Just as quickly, Councilman Don Burton said, “It would be my pleasure to second.”
This particular item was the approval of a contract with Mountaineer Contractors, Inc. in the amount of $730,475.50 plus a 10 percent contingency of $73,047.55 for a total of $803,523.05 for the Virginia Avenue Pedestrian Walkway — a project more than six years in the making that when finished would allow someone to walk from The City Park to the tennis courts at Deegan Lake.
“Surprisingly we had six contractors come in with their bids,” City Engineer Beth Fox said. “Prices came in well under what was expected.”
Fox added that Mountaineer did have the lowest bid and is a company that has done plenty of work with the City in the past.
The construction time frame is 180 days. Fox said she anticipates retaining wall work will come first this winter and as the weather improves the dirt work will start with expected completion in mid-summer of 2022.
Council approved the contract with Mountaineer unanimously, as was the case with all other items discussed during the meeting.
Prior to the new business portion of the meeting, Lang read a proclamation recognizing October as Domestic Violence Awareness month. Representatives from HOPE, Inc, were on hand for the presentation. 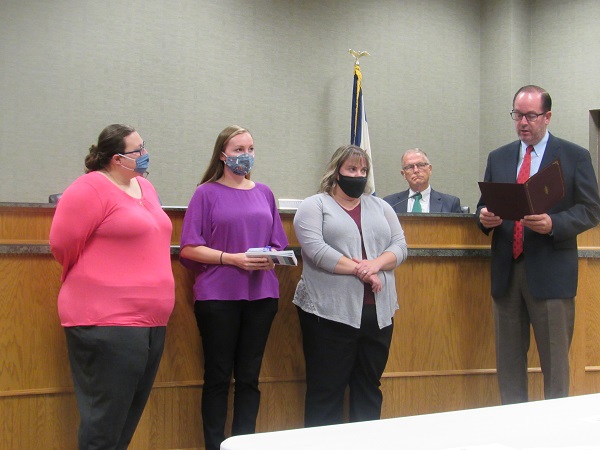 A change order to the FieldTurfUSA contract in the amount of $139,940.08 plus a 10 percent contingency of $13,994.00 for a total of $153,934.08 for the addition of a parking lot near the outdoor turf field was approved.
This is the parking lot that is adjacent to the field up behind The Bridge,” Fox said. “Originally, we did not know if this was going to be under the work of Higley (Albert M. Higley Co., the general contractor for the construction of The Bridge) but once Joe (Shuttleworth) got this established with the FieldTurf company, we thought it was best for them to take this on as part of their project.”
David L. Howell, CPA, who has done work for the City in the past, was approved for an audit contract for the fiscal years 2020/2021 and 2021/22.
Council also approved a proposal with JH Consulting LLC out of Buckhannon in the amount of $10,500.00 for revisions to the City of Bridgeport’s emergency operations plan, flow study and THIRA (Threat and Hazard Identification and Risk Assessment) updates.
“One of the big priorities when I took this job was to get our emergency plans updated,” the City’s Emergency Management Director Tim Curry said. “This is the first step in a long process of getting that done. We are required to have one, it is recommended that you update it every five years. The last time it was done was 2013.” 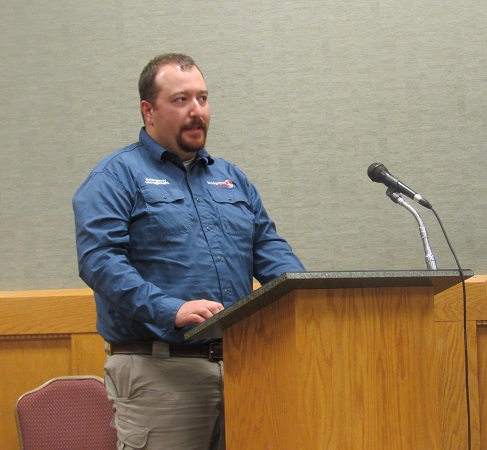 The future site of East Chicago Pizza on 165 West Main Street was approved for a façade improvement grant.
Read more on East of Chicago Pizza owner Jeffrey Chalfant’s decision to open up a second location in Bridgeport (there is currently one in Shinnston) HERE
Bridgeport Community Development Director Andrea Kerr said Chalfant approached the City’s Development Authority about the façade improvement which among other things will go toward replacing the current rusted metal on the front and sides of the building.
“He estimates his investment will be $35,000,” Kerr said. “As with any other façade improvement he will have to submit his receipts and we will do an audit to make sure exactly how much he spent and he will get back 20 percent of his investment up to a maximum of $10,000.”
Council approved a resolution authorizing support of the creating of a private 501(c)(3) non-profit corporation that would be dedicated to the support, maintenance and enhancement of the Parks and Recreation facilities of the City.
City Manager Randy Wetmore said this will allow people to make donations for The Bridge or for Parks and Recreation in general.
City Attorney Dean Ramsey further explained it will be similar to the type of 501(c)(3) organizations that exist all around the country like Friends of Art or Friends of the Library that can raise funds tax exempt.
The final item on the busy agenda saw Council award a 2021 Concrete Street Repairs, Sidewalk, Sanitary Sewer and Storm Pipe Construction project to RDR.
It will go from Johnson Avenue to Hall (Street) on Long Street all along Hall.
According to Fox the contract is for $555,860 plus a 10 percent contingency bringing the total to $611,446 and there will be restrictions on time as there will be no bus or school traffic held up and no detours.
Monday’s meetingofficially begin with an invocation by Pastor Sam Schwenk of Fellowship Bible Church followed by The Pledge of Allegiance and the approval of the minutes from the Sept. 27 meeting. 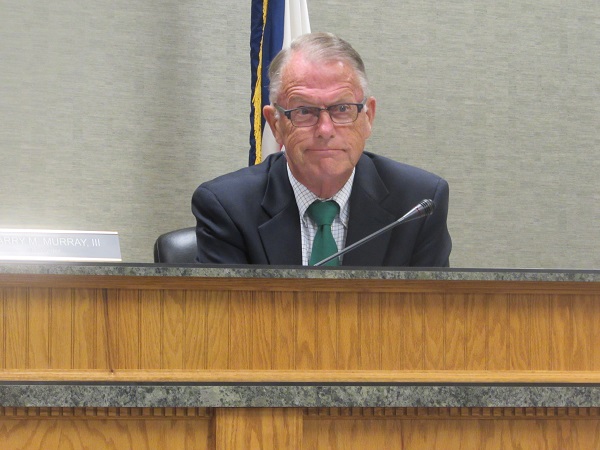 During closing comments, Councilman Jon Griffith expressed his appreciation to Melanie Groves for her involvement in creating StoryWalk, which opened last weekend. See a StoryWalk photo gallery HERE.
Burton reiterated a topic Wetmore discussed in his City Manager’s report about the successful pickle ball tournament at The Bridge and how it was fun well-received event and good for the City.
Councilman John Wilson again offered a reminder to City residents to be mindful of wearing reflective clothing, carrying a flashlight or any other safety precaution they can take while out walking as it starts to get darker earlier in the evenings.
Editor's Note: Top photo shows Burton, middle photo is of Lang reading the proclamation to representatives of HOPE, third photo is of Curry and bottom photo is of Wilson.