National Magazines Feature Work of BHS Alumnus Dominique Oliveto, Who Continues to Make a Name for Herself in Professional Sports 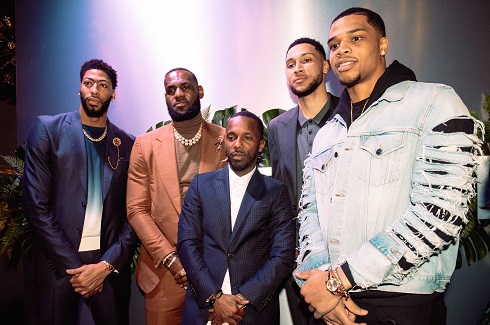 ebron James.  Kobe Bryant. Antonio Brown. JaVale McGee.  All legends in sports with one other thing in common:  each has had their image captured by Bridgeport High School Alumnus Dominique Oliveto.  Not only have her marketing skills allowed her to immerse herself in the multifaceted world of sports, her “side hustle” photography talents are now being featured on a national scale.
For those familiar with Oliveto, to say she was driven to work in the sports industry would be an understatement.  After graduating from BHS, she intended to study law to be a sports agent. While interning at Cooper Law Office was a great experience, she ultimately decided to earn a Master’s Degree in Sports Leadership form Northeastern University. She interned with the Boston Celtics and moved to New York City, where she worked in marketing at Chelsea Peirs and Madison S    quare Garden.
Three years ago, Oliveto had the opportunity to work directly with the National Basketball Association in New York City.  As the Senior Coordinator of Social Responsibility and Player Programs, she was instrumental in designing and executing the marketing efforts of Junior NBA programs, which now reaches nearly 30 million youths from 71 countries. 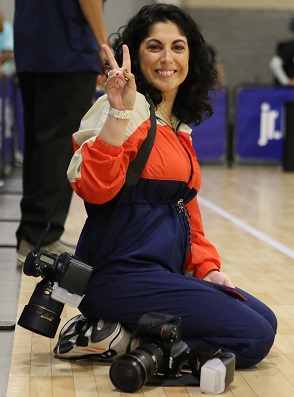 She developed the Junior NBA Kid Reporter Program, incorporating stars such as Miles Brown of ABC’s Black-ishand Caleb McLaughlin of Netflix’s Stranger Things.  The program was recognized on Good Morning America and introduced viral content to the Junior NBA social presence for the first time in history.  She also produced the first-ever NBA virtual field trip and live Twitter chat in partnership with Discovery Education, which as seen in 9,000 schools domestically.
Early last year, Oliveto worked with actor Miles Brown to market his participation in the NBA All-Star Celebrity Game and coordinated his song release and music video titled, NBA.That same year, she worked on a human rights campaign in conjunction with the NBA and Athlete Ally.  She developed a sport and inclusion outreach strategy and managed the release of the first-everPlay to Win youth playbook, outlining LGBTQ inclusion tactics for youth sports.
In June 2018, NBA Player JaVale McGee hired Oliveto as a content producer for his company, Juglife Water. She traveled to Uganda to produce content for the philanthropic organization, which received recognition in USA Today, SLAM Magazine, Bleacher Report and Fox Sports.
Although still not considered her full-time job, Oliveto’s photography was pivotal to the success of the campaign.  Her talent also took her to Mexico City to capture content for the Homeless World Cup, which she will be covering again this year in Wales.
“Photography has always been an interest to me,” said Oliveto, who enjoys shooting athletes in different settings other than the court.  “My photography has really taken off since I moved to Los Angeles.  I have been blessed with the opportunity to shoot for a lot of really cool events and capture behind-the-scenes moments of different athletes and celebrities.” 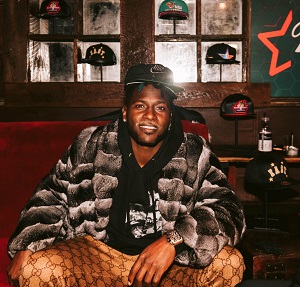 Oliveto’s unique style has earned her accolades with New York Fashion Week, NBA All-Star Weekend, high-profile athletes and celebrities and the National Basketball Retired Basketball Association.  Recently, while covering the NBA All-Star in Charlotte, NC, she was hired to shoot at a dinner party that was hosted by the agency that LeBron James belongs to.  The photos were then posted to Getty Images and have since been republished by Complex, Bleacher Report, The Schore and Hot New Hip Hop.
“It was really cool to have friends reaching out to say they saw my photos online,” she said.
In addition to her marketing and photography talents, Oliveto also manages all facets of production, talent booking, and content development for Legends of Sport podcast, hosted by Hall of Fame sports photographer Andrew D. Bernstein.  She directed and produced a special edition episode featuring Kobe Bryant, which was the highest performing podcast episode to date.
Whether through written content or behind the lens, Oliveto continues to wow the world of sports by telling the stories behind the athletes.  Her innovation fuels her aspirations to deliver engaging content in creative ways as she grows her talent in Los Angeles and beyond.