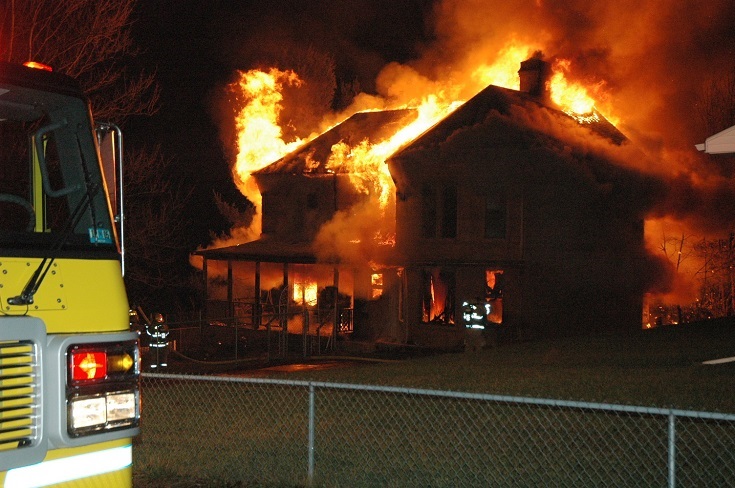 This fire from January of 2005 was on Holt Street. As can be seen from the photo, the house was a total loss. The fire not only leveled a residence, but it leveled at the time one of the oldest homes in Bridgeport. It was believed to be at least 125 years old at the time. The home is included in at atlas from 1886. 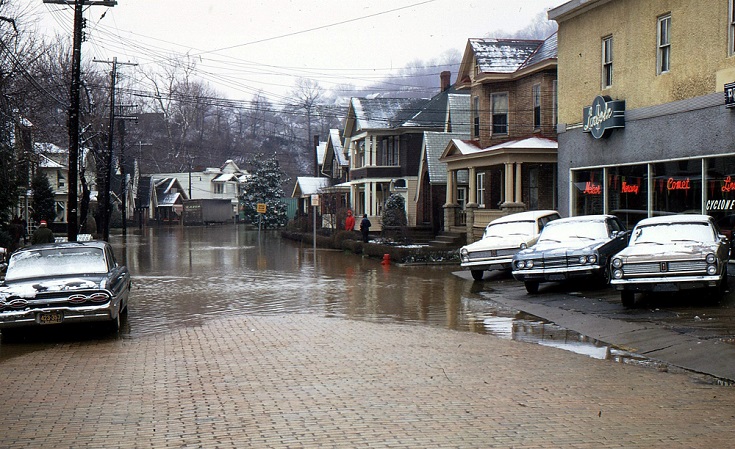 This photo shows a flood from 1967 and it impacting Park Boulevard in Clarksburg, which is just off Milford Street. You will notice the car business to the right of the photo. The building today houses part of Vito's Pizza.
EDITOR'S NOTE: This ongoing photo feature of pictures from Bridgeport and throughout the Mountain State is part of local historian Richard "Dick" Duez's collection, the unofficial historian of Bridgeport, would appreciate any scanned photos emailed to him for use here or to include in his ongoing efforts Duez to preserve local history. You can email photos, or let him know how to acquire copies of photos you may have in your possession, to Duez at dickdo@citynet.net.