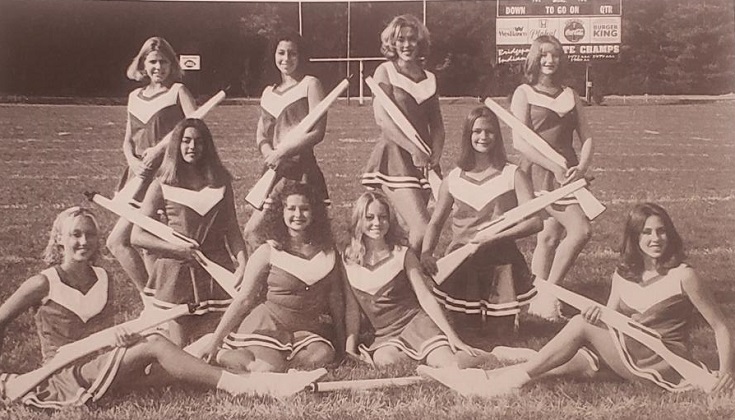 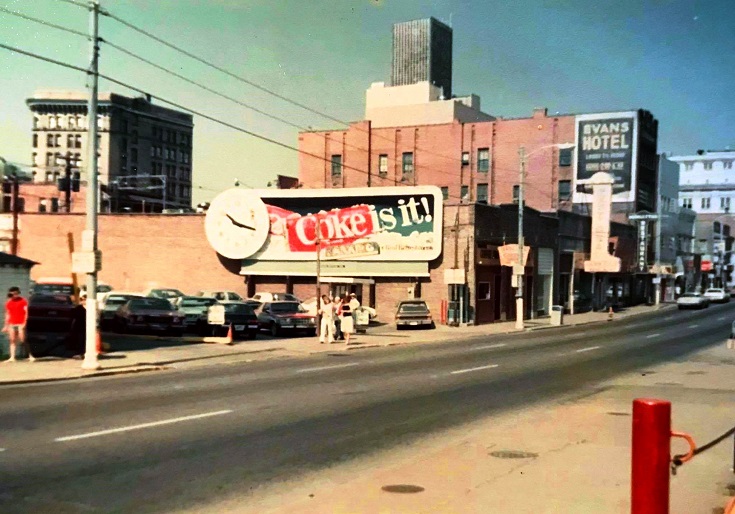 This photo, likely from the early to mid-1970s, is of Pike Street in Clarksburg in the area between Third and Fourth Streets. All of the buildings shown are gone today and the majority of it is covered by the Jackson Square parking facility that also hosts events under its covered portion. The business behind the Coke is it billboard is The Brunswick. See in any other businesses you may recognize in this photo provided by Tucker Brunetti? If so, add them in the comment section below.
Editor's Note: This ongoing photo feature of pictures from Bridgeport and throughout the Mountain State is part of local historian Richard "Dick" Duez's collection. Duez, the unofficial historian of Bridgeport, would appreciate any scanned photos emailed to him for use here or to include in his ongoing efforts to preserve local history. You can email photos, or let him know how to acquire copies of photos you may have in your possession, to Duez at dick.do@citynet.net.

KInda hard to see Dick, from memory...there was a dry cleaners along in there. The Strand pool room, the New York Hat Shop, you could get a shine or a hat blocked, steamed and brushed. I can see Angelo doing it right now, with Duty's watch repair in the window, The Jewel Box, the Manhattan, an very early morning breakfast spot. The Working Mans Store pretty much occupied the other side of the street. Lotta crazy stuff happened in that block...